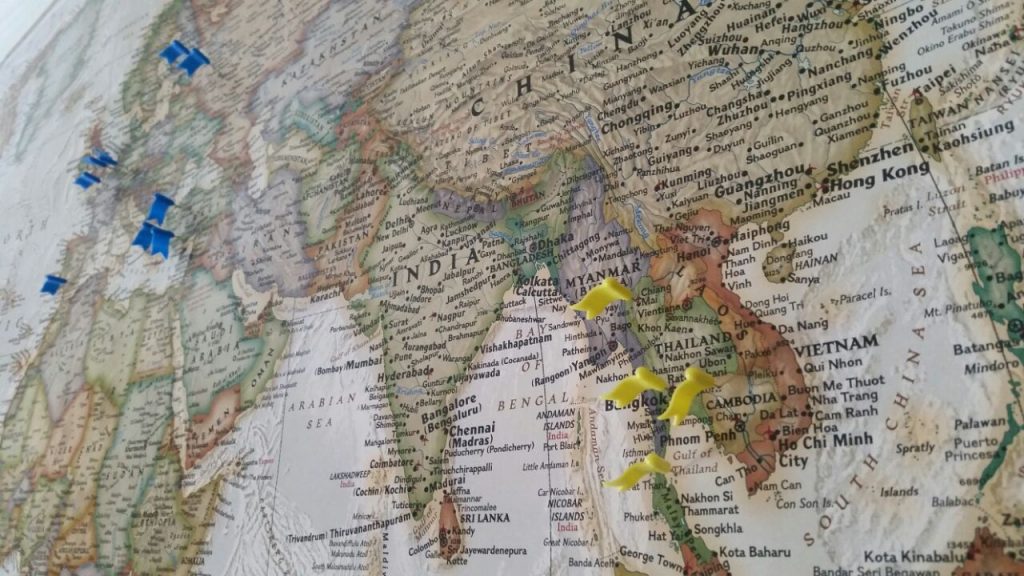 The end of the year is almost there and all the bloggers are busy with one thing: the lists with all the recaps, wrap-ups, unique moments and New Year’s resolutions. And I have to be quite frank with you… I love it! I read each and every list and that’s why I couldn’t stay behind. So here is the post with my recap of 2014. What was my first year as a travelblogger like?

My year in numbers

With 6 countries and 2 continents 2014 wasn’t a bad year at all. This year was especially the year of the cities. I visited 14 cities! But the thing that alarmed me the most, was the amount of churches and temples I’ve seen. Looking through my photos, I spotted 68! My trip through Russia definitely contributed to this. They have an Orthodox Church on every streetcorner. I’ve also experienced some low and high temperatures this year, from 10  degrees below zero in Moscow to up to 40 degrees on Koh Phangan. Luckily I haven’t seen that much rain, only 5 rainy days in one travel year. Pretty impressive, as we traveled to Thailand in the rainy season. And as long as we’re analyzing my travel year, I’ll end with some fun facts. I discovered I slept in 16 foreign beds, drank 7 types of international beer and got lost for at least 11 times. 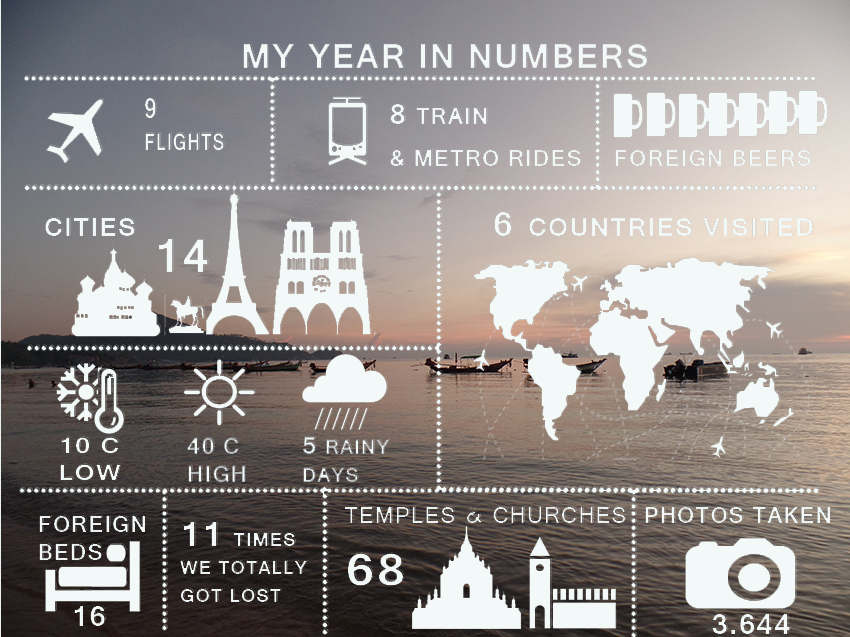 My year in travel moments

Without a doubt: Cambodia! I have not yet written a post about this country, but it’s definitely coming soon. Cambodia is the country of green and pink colors (rice-fields and lotus flowers). It’s the country of a million bikes (they say China has a lot of bikes, but I think Cambodia is the runner-up). And Cambodia is the country of positivism. The people are calm, content, happy, and certainly not pushy. And even though you don’t speak a word Khmer, they will always try to help you. A bit of good will always helps. And the people of Cambodia have this. They are positive and looking forward. They don’t want to be reminded of the past. That’s full of misery, suppression, lies and 2 million deaths. They want the future. 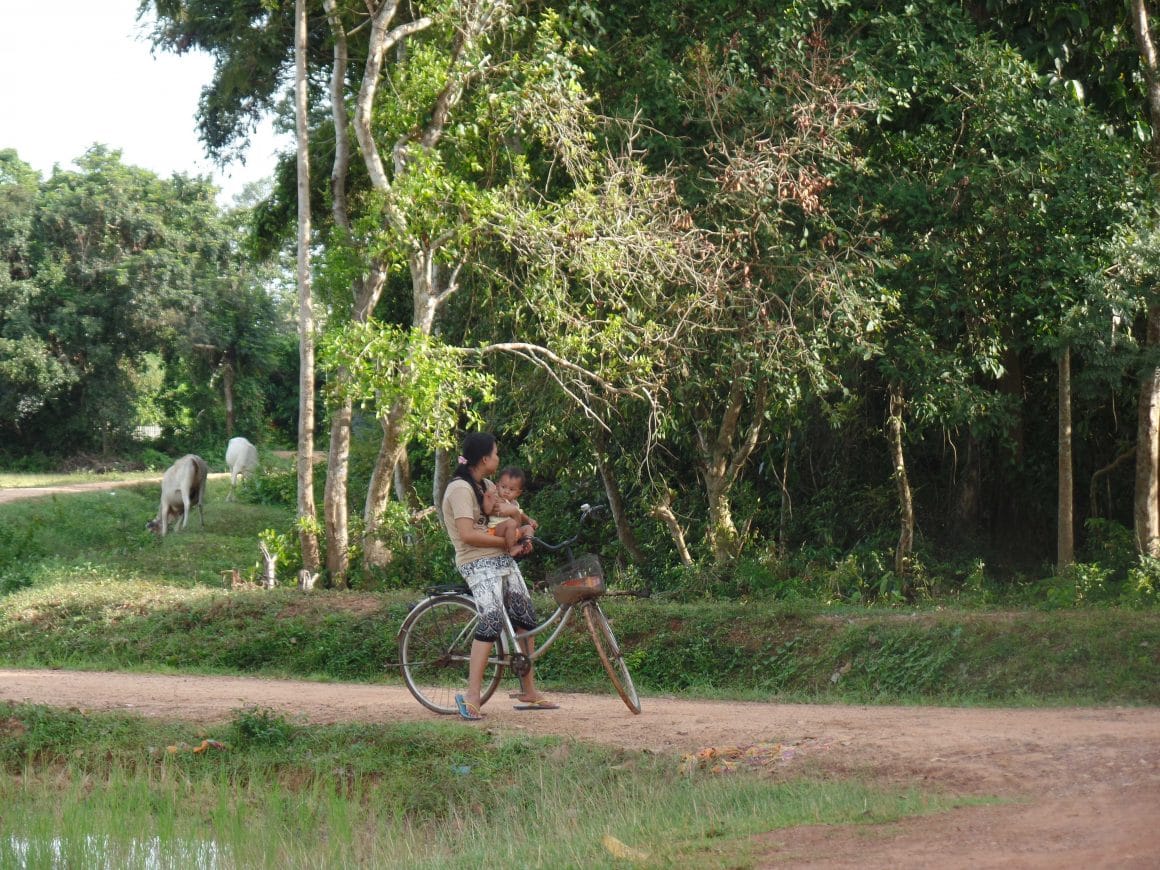 The most beautiful city I visited in 2014?

This year I visited a lot of cities (14!). My favorite is definitely Saint Petersburg, a great city. The ideal combination of Europe and Russia. Saint Petersburg is built by looking at the Western capitals. They had cities like Vienna, Amsterdam en Venice in mind. At the same time this city is a true Russian city. After all a great part of the Russian government comes from Saint Petersburg, including president Vladimir Putin. Saint Petersburg distinguishes itself by its open and spacious look, its broad avenues, canals, bridges and pastel colored buildings. Think of monuments like the Hermitage, the Stroganov Palace and so on. Saint Petersburg is a gracious, light and royal city. It used to be the city of the tsars. Should I say more? I think you get the picture. 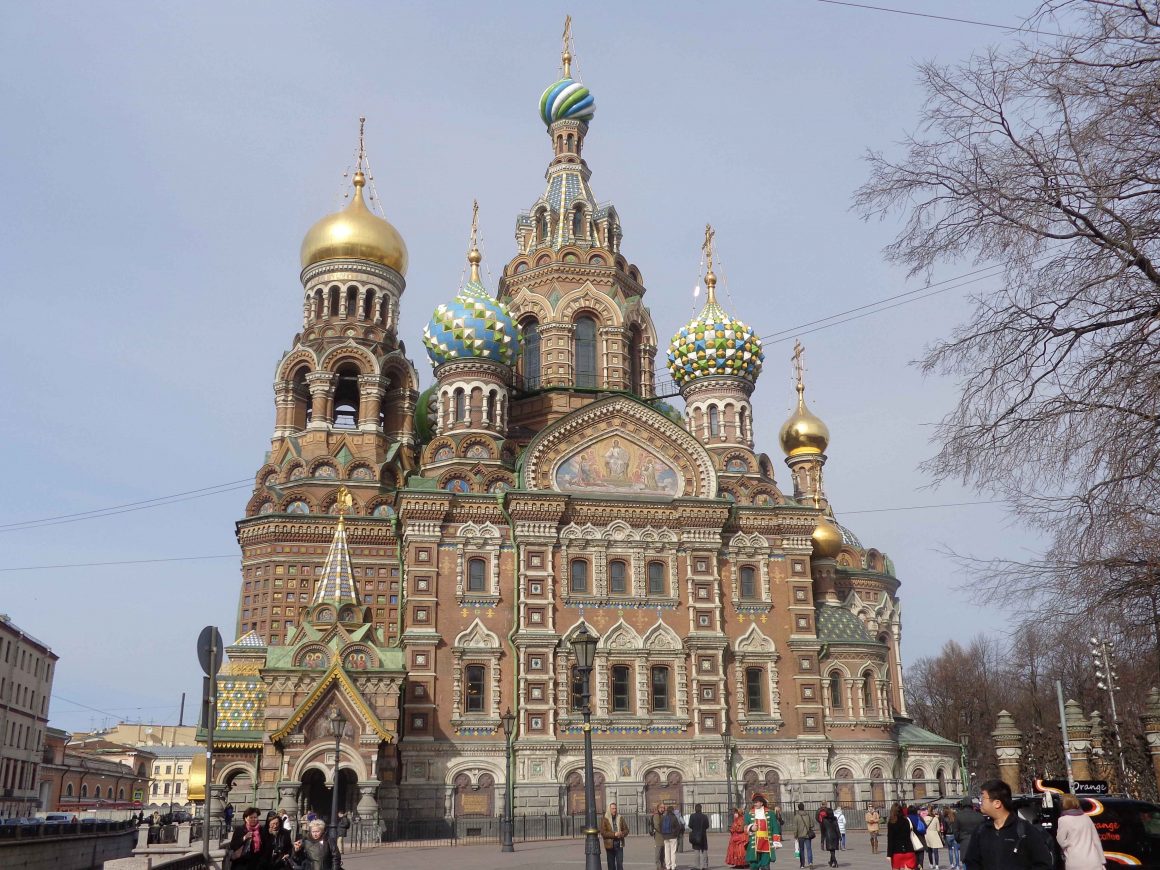 For more information take a look at the post I’ve written about Saint Petersburg.

The best ‘undervalued gem’ I discovered in 2014?

The metrostations of Moscow. Even though the metros itself aren’t that special (apart from the fact that they drive ridiculously fast), it’s the metrostations you really want to see. My favorite? The Komsomolskaya station. This is not a metrostation, it’s a ballroom complete with chandeliers and mosaic. Exactly how Joseph Stalin intended it. The metrostations had to be the palaces for the people, an ornament for their daily lives and a constant reminder of the Soviet Union. 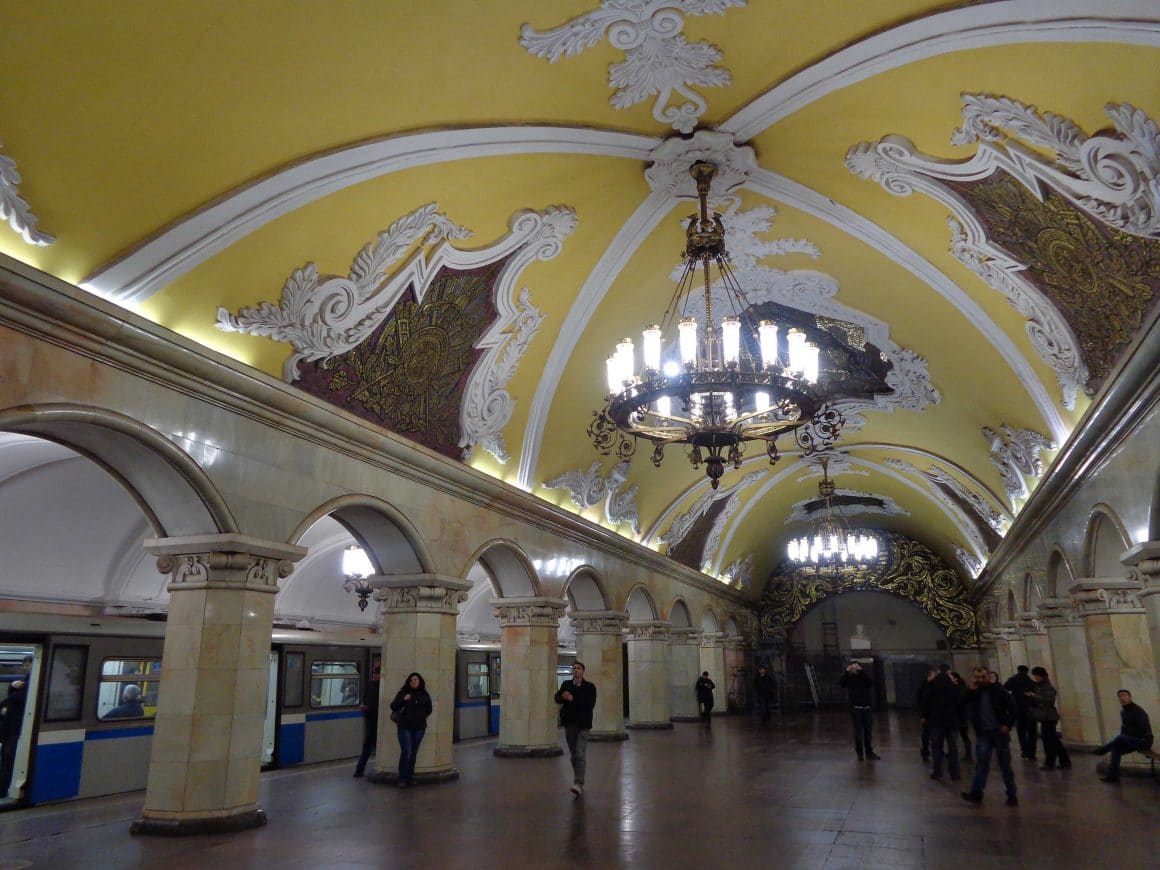 For more photos read my post about the metrostations in Moscow.

This year I made a great many of daytrips to my neighbouring countries. For instance I visited Belgium two times this year. Still if I had to pick the best 24 hours-city it has to be the French capital Paris. This city has a great diversity. Anything is possible. You want to picnic in the park? Go to Jardin du Luxembourg or Jardin des Tuileries. You want to do some vintage shopping? Go to Montmartre. You came to Paris for some architecture? Go to posh area of Invalides. Everytime you spend 24 hours in Paris it will be different and that’s what makes this city for me the best city to spend 24 hours in. 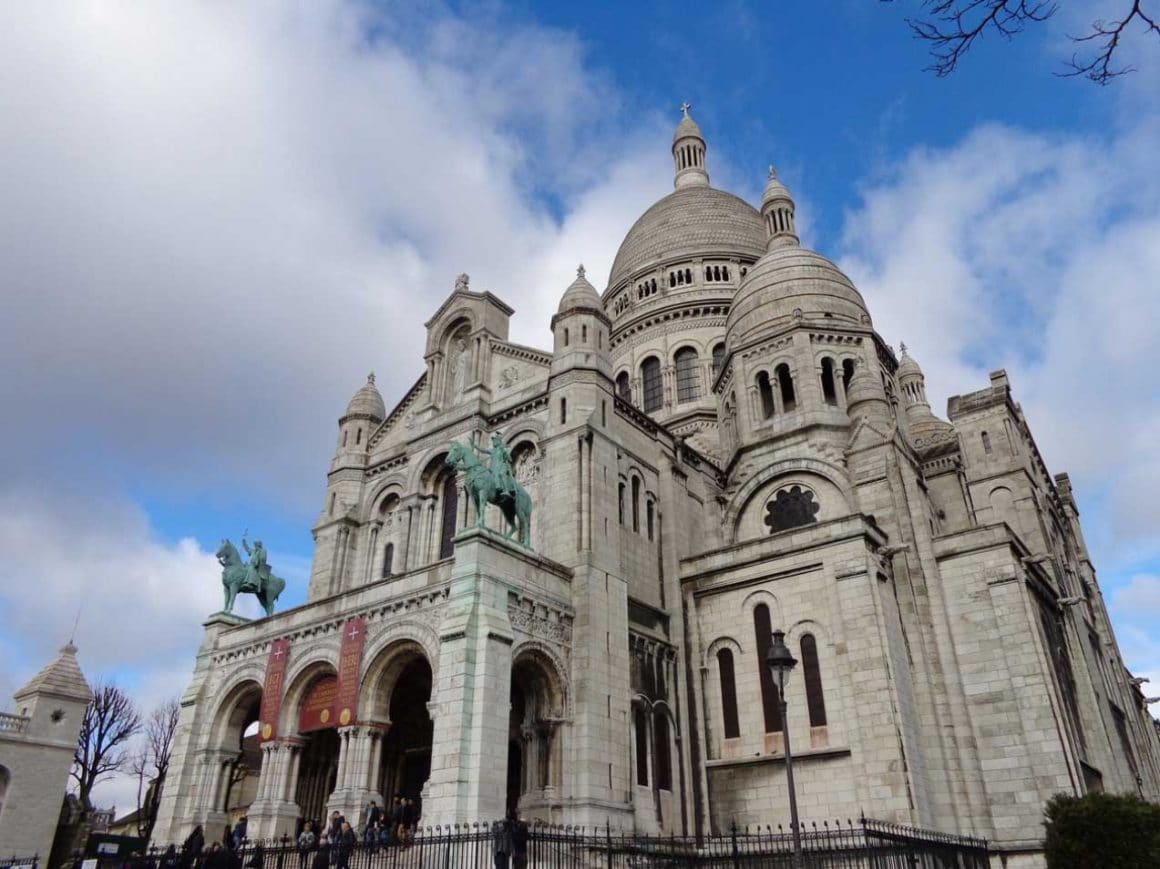 For my 24 hours in Paris, check out my post about Paris.

I love cycling and so my best experience of 2014 was cycling in the Angkor Wat. We rented a bike for two days and cycled across the premises in search for ancient temples. A great way to discover the Angkor Wat without the hassle with the tuktuk drivers. Of course we didn’t manage to see all the temples. That’s nearly impossible as you have to cover an area of 400 km2. But still it was a perfect couple of days. 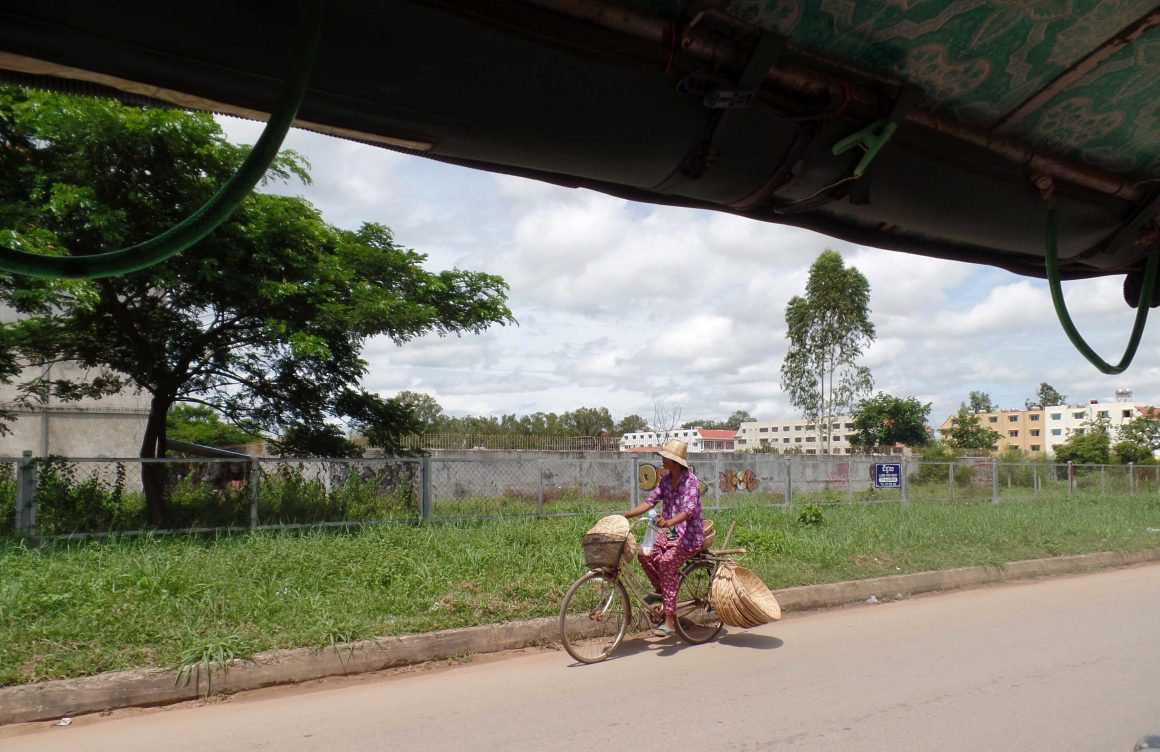 The biggest WOW moment I experienced in 2014?

That can only be one, the view from the Sirocco Skybar in Bangkok! The day before we left for Bangkok we watched the movie Hangover Part II. And we thought to ourselves, we have to see this view. And so on one of our first nights in Bangkok we took a tuktuk and arrived at the famous Lebua State Tower. There we got into the elevator to go to the Sirocco Sky Bar on the 64th floor. Here you have a amazing 360 degree glass balcony with a cocktail bar and a beautiful view over Bangkok. But by the time we got there, the balcony was already crowded with people. (Tip: get there before 8 pm!) And so we we’re directed to the other smaller balconies. No 360 degree view, no glass under our feet. But it was fine, because we still had a stunning view over Bangkok. Definitely worth the overpriced drinks we ordered. 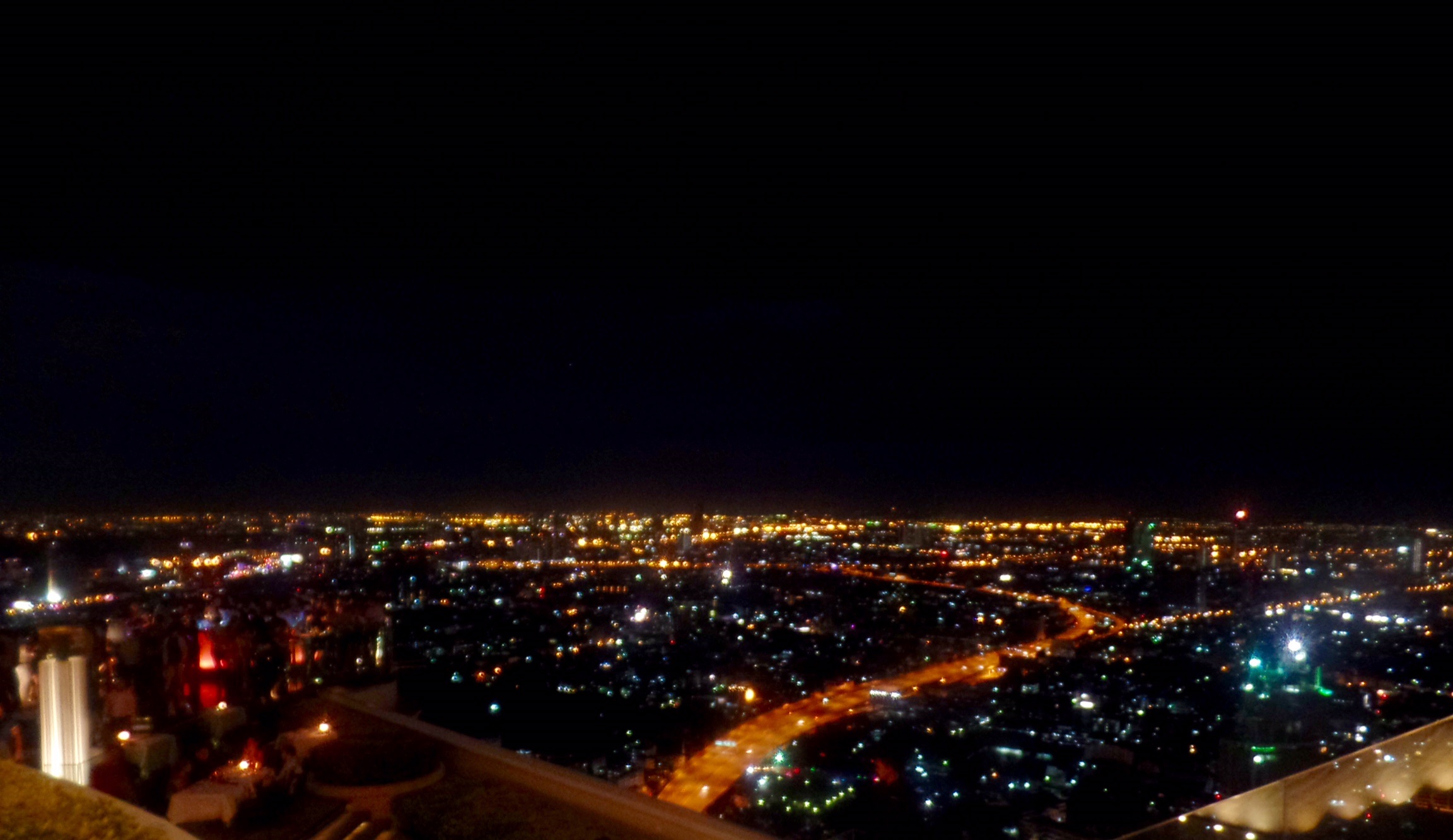 At the beginning of this year I decided to do more with my passion for travel and writing. For some while I had been reading travelblogs  and I thought to myself that’s what I want to do! I wanted to create an online spot where I could collect my stories and pictures and inspire others to travel too. And so I registered Go Live Go Travel and started blogging. Now we are at the end of the year and I’ve managed to write 29 posts. It’s okay, but definitely not good enough, My goal for next year is to write more posts.

At a personal level  I spent this year figuring out what my style of writing is, what I like and what readers of my blog like. The more I write, the more I will find out what suits me and what not. Personally I like the combinations between sights, tips and the story behind it all. But let me know if you have tips for me!

And now I have some great news: Go Live Go Travel will get a new look in 2015. I started this blog with the standard theme Twenty Fourteen. A great theme to start and experiment, but after a while I started to see more negative sides than positive ones. And so I decided I needed a new look. A couple of weeks later I found a theme I liked, installed it and I’ve been testing it ever since. The launch is soon, so keep posted!

Dear readers, I want to thank each and everyone who has been reading my blog or is here for the first time. Thank you for your time and effort to read my stories. I wish you all a merry Christmas and a happy new year. And hopefully I will see you back on this blog in 2015! 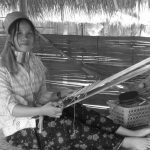 The Karen, a hill tribe in Northern Thailand 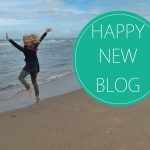