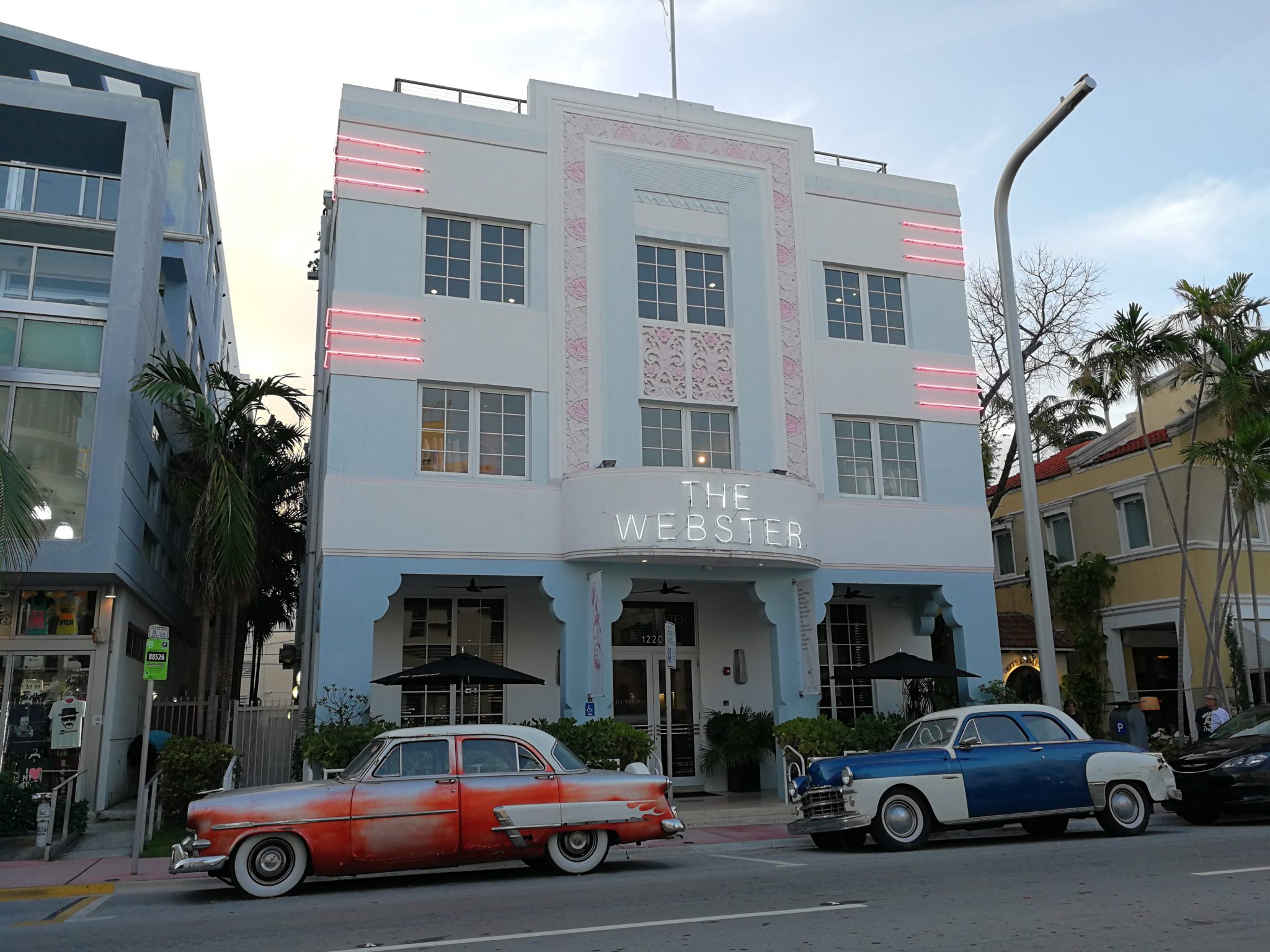 A long weekend in Miami: a mini guide

I am not a fan of the Dutch winter. The rain, the cold and the dark days, it does not make me very happy. Therefore I prefer to escape the winter. Last year (2017) I did this by traveling through India and Sri Lanka and this year (2018) I traveled through Colombia.  However, I started my journey through Colombia in another country: The United States. I had a three-day stopover in Miami. It was my first time in The States. Curious what I did these three days? I’ll show you with this Miami mini guide.

We arrived on a Thursday night in Miami. Our flight landed a hour and a half later than scheduled and with half of our luggage. After a transfer in Reykjavik my backpack was left behind in Iceland for unclear reasons. Therefore the next morning I was standing in front of the mirror dressed in a t-shirt and shorts from my boyfriend. We started the day in Little Havana. This district got its name after a large number of Cuban migrants moved here in the 1960s. Today, the neighborhood is a mixture of Central American cultures. For instance, we had breakfast in a Puerto Rican bakery, where the owner called me mami when she took the order. By the way, you will not get far with English in Little Havana, almost everyone speaks Spanish. The main street of the neighborhood is Calle Ocho, a colorful boulevard full of Cuban influences. You will find here a number of Cuban influences cafes, bars and cigar shops. Unfortunately, there is a busy road crossing Calle Ocho which does not add to a good atmosphere. 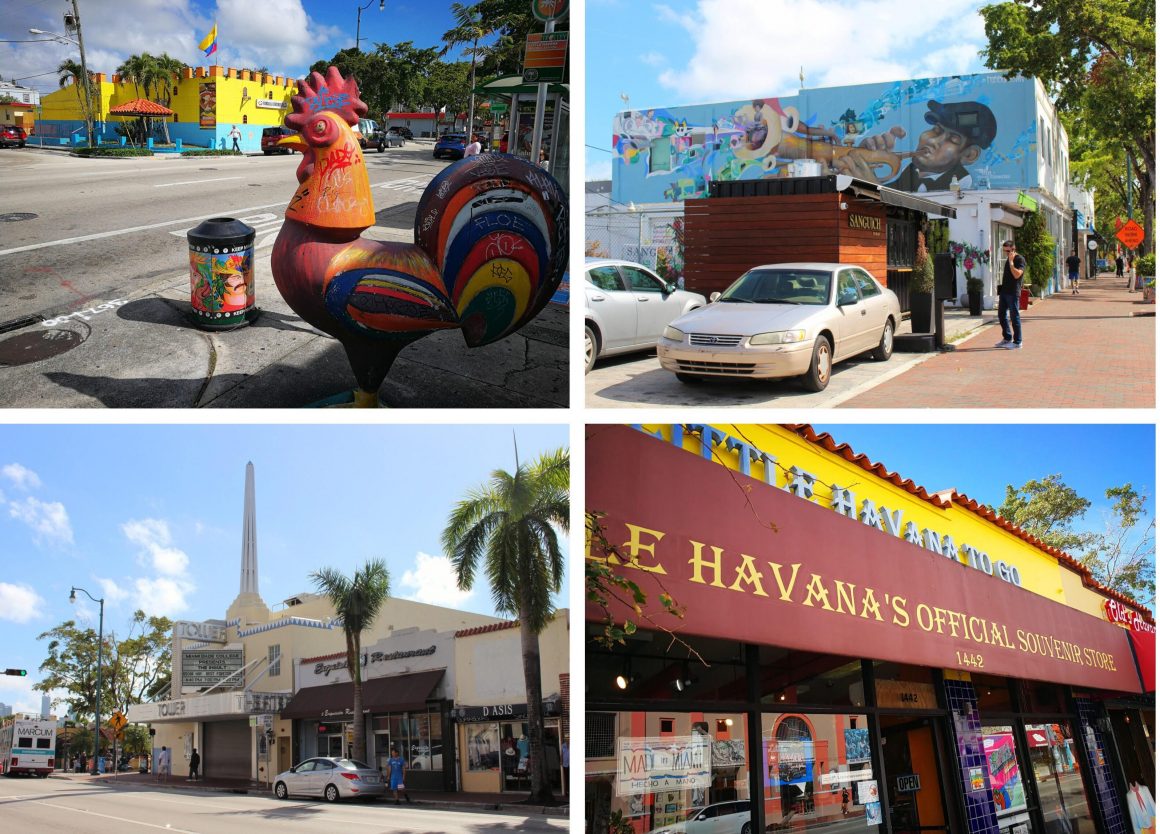 Symbol of Calle Ocho: the brightly colored rooster! You can even take a ‘Rooster Walk’ through the area.

In the afternoon we headed to downtown Miami. We gazed at the many skyscrapers and walked around Bayfront Park. One building immediately stood out between all the towers: the Freedom Tower. The soft yellow color and Cuban flag on the roof immediately caught our attention. In the 1960s and 1970s the Cuban Assistance Center was established in this building. The center helped the great influx of Cuban refugees, fleeing the Fidel Castro regime, to start a new life in the United States. Assistance was provided for health care, housing and education. During this time, the tower was given its nickname “Freedom Tower”, because for many people it was a symbol of hope and freedom.

On the right side: the Freedom Tower.

One of the things we really wanted to do in the United States was to go to a sports game. The atmosphere during these events is phenomenal. We chose a basketball game, more precisely the Miami Heat vs. Milwaukee Bucks game in the American Airlines Area. The game started out in a typical American way with a show from the HEAT dancers and an introduction with fire blowers of the players. Everything was focused on the entertainment of the audience. Rhythmic music to clap with your hands, a dance cam in the breaks and the chance to win signed t-shirts during the game. For many supporters it was more about the show around the game than about the basketball itself. It was also striking how many people got up during the game to get a new round of snacks. Not that the food was cheap. We paid 8 dollars for one beer. 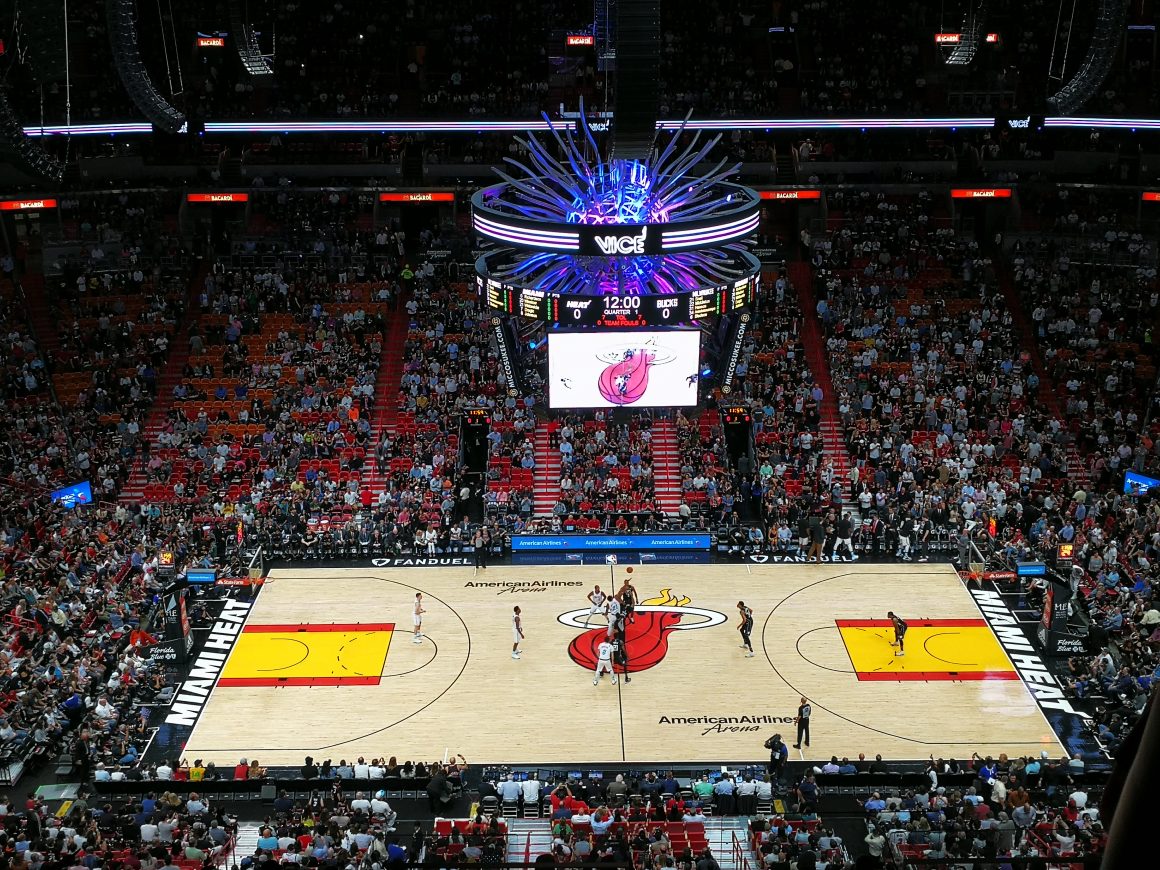 After starting the day with a sweet guava pastelito in Little Havana, we headed to Wynwood Walls. If you have read my previous article, you already know how much I loved this area. Wynwood was a no go zone until 10 years ago, but nowadays this neighbourhood is the hipster place in Miami. Wynwood has street art to thank for this. Art literally gave this district a new life. It was amazing how much street art you can see here!

Time to hit the beach! Lovers of the sun, sea and beach can indulge in Miami, because this city offers plenty of beach. We chose South Beach. Unfortunately, swimming was not possible, because the sea was a bit too rough. But that was okay, because my swimwear was in Iceland anyway. After some sunbathing we decided to take a beach walk, because on South Beach there are some artsy beach towers to be seen. Every other meter you will see another crazy design. You will not only find these beach towers on South Beach, but along the entire coastline of Miami Beach there are brightly colored beach towers. In other words, there is enough to explore here for a couple of hours! 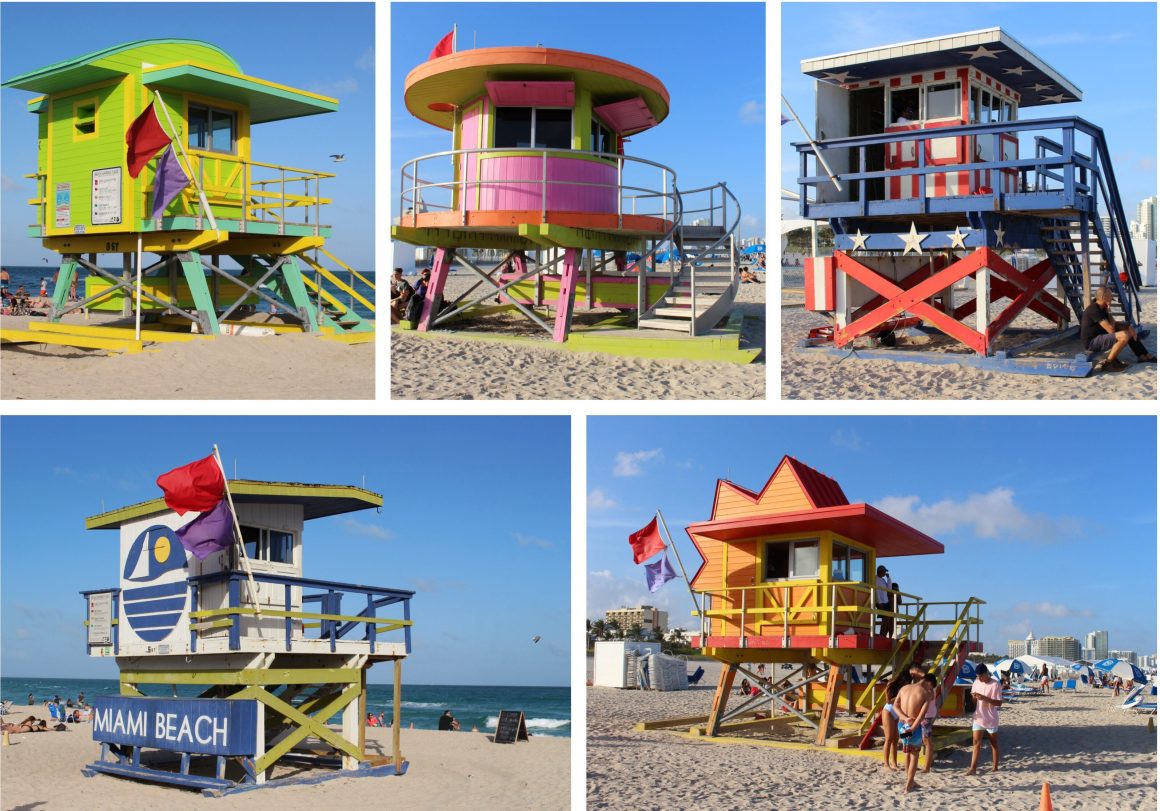 The true surpise (for me) of Miami is located in the Coconut Grove district: Vizcaya Museum & Gardens. This is the former estate of the wealthy businessman James Deering. Deering had earned his money in agriculture and decided in 1914 to build his own villa in the Bay of Biscayne. He called it Villa Vizcaya and  built it in Italian Baroque and Renaissance style. The result is beautiful! My favorite were the gardens that consisted of a succession of arches, statues and fountains. The fact remains that Deering built this villa in a former mangrove. And I was reminded of this when a large iguana climbed on the quay to look for food in the bushes. I suspect that the iguanas found their home in the abandoned ship that lies in front of the coast. 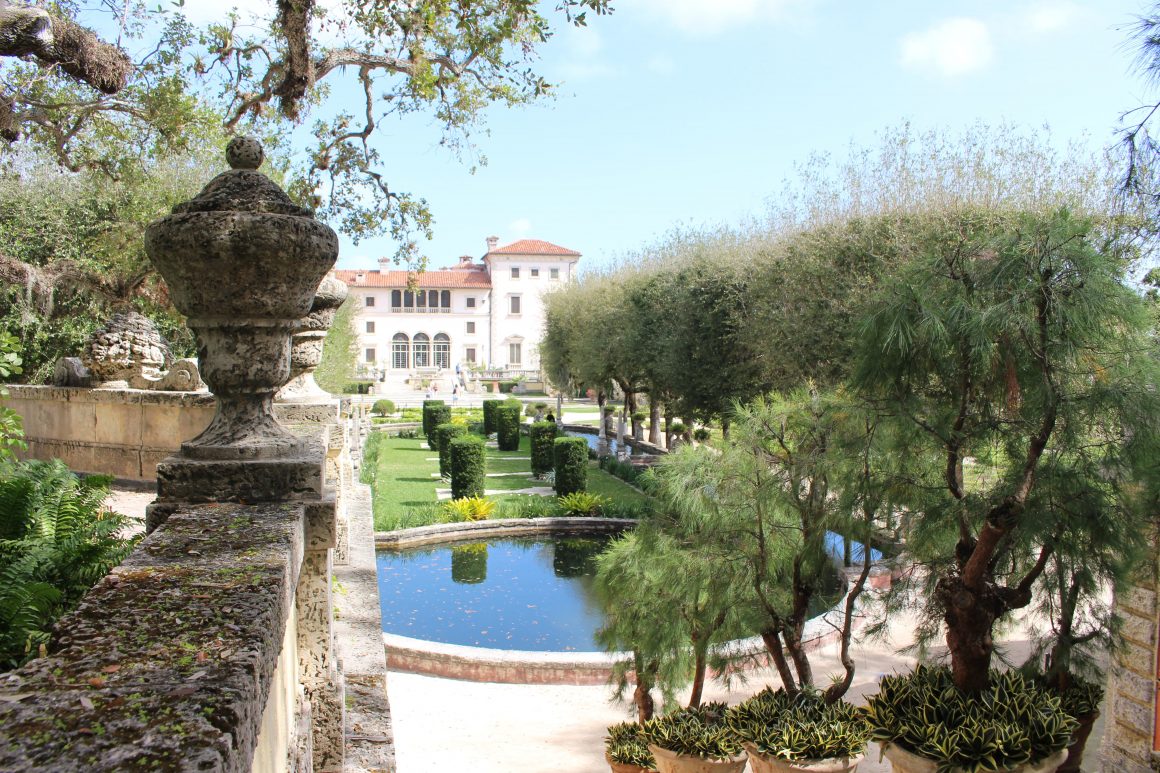 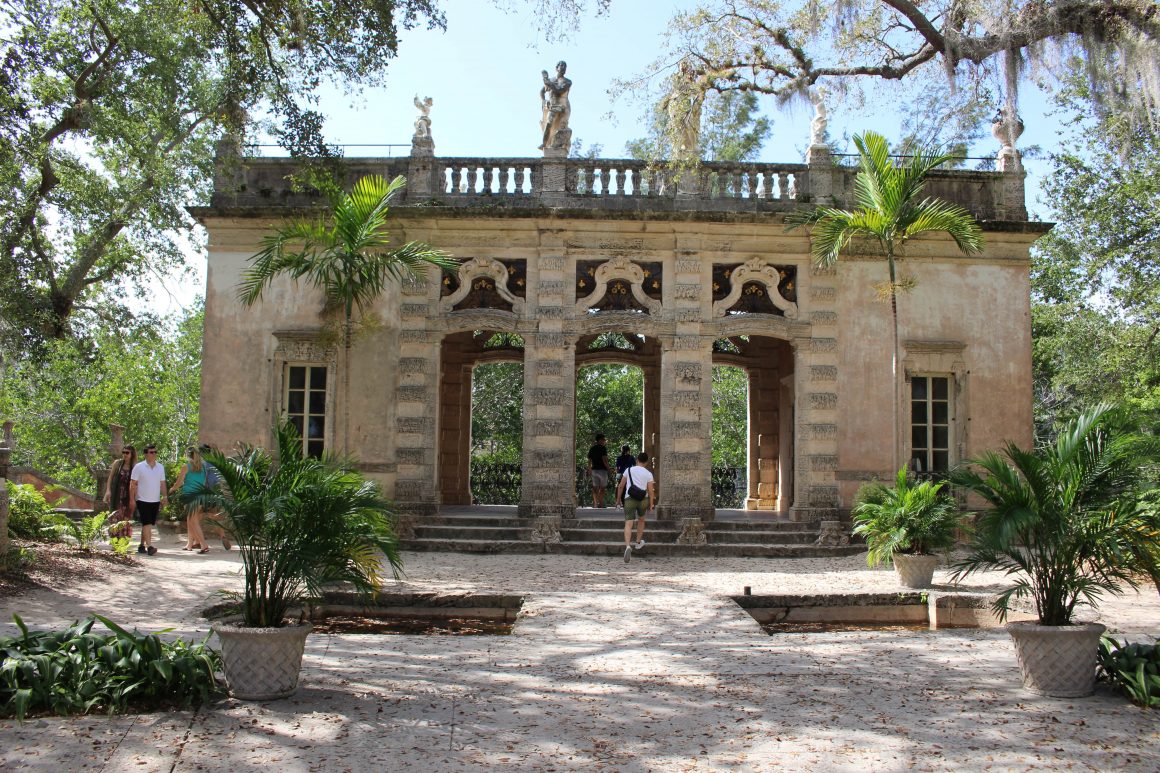 In the afternoon we went back to South Beach. Not only to enjoy the beach, but also to see more of the Art Deco architecture. This building style originated in France in the twenties and can be found all over the world. The style is known for its soft pastel colors, geometric patterns and floral motifs. I have already seen some nice Art Deco buildings in Mumbai, but in Miami you can find the largest collection in the world. More than 800 Art Deco buildings can be seen. Around Ocean Drive, Collins Avenue and Washington Avenue you will find some nice examples. My favorites were The Webster, Miami Beach Post Office and the Marlin Hotel. 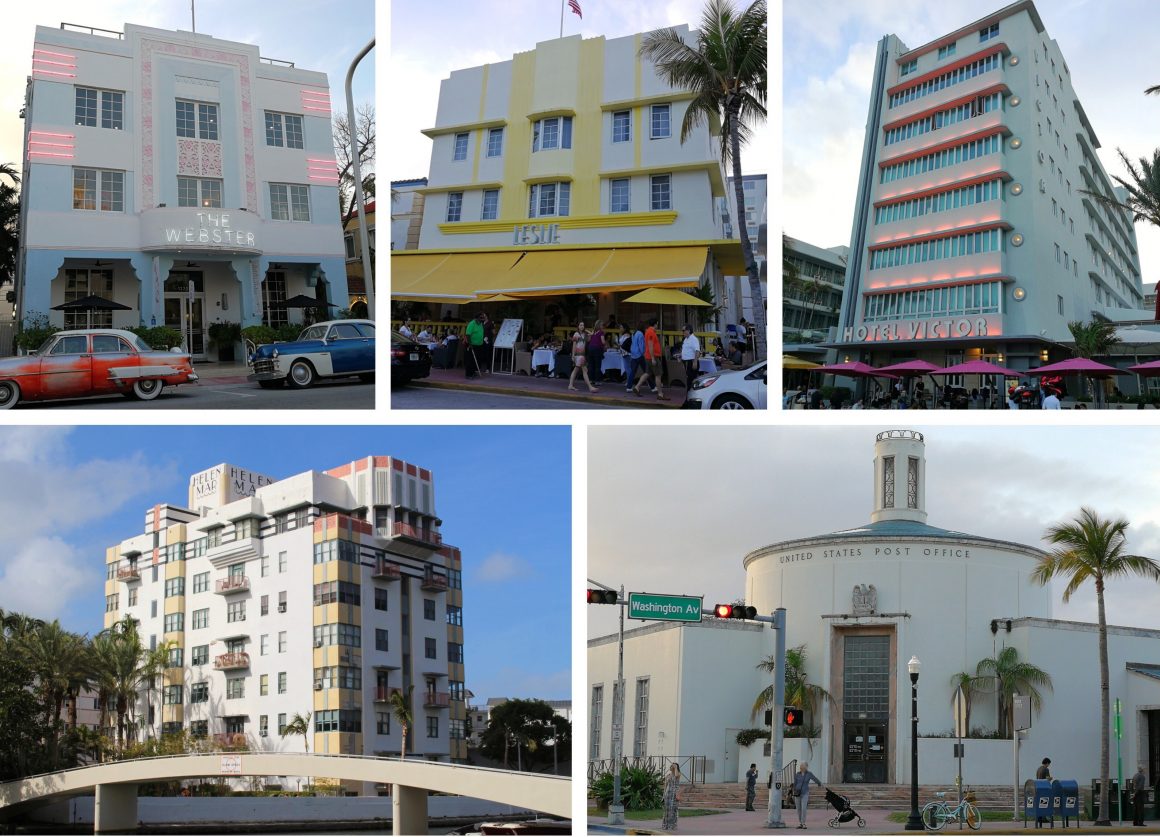 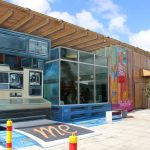 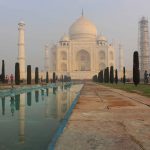 From Rajasthan to Mumbai: our 3-week India itinerary