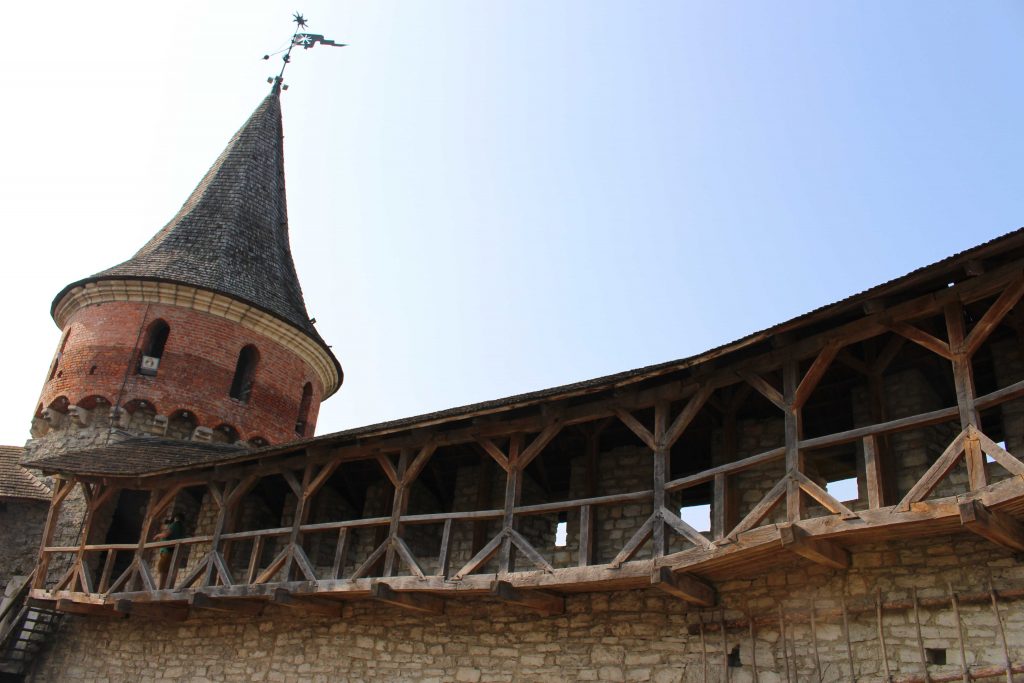 All of the sudden I’m awake. I see the conductor standing next to me. She whispering: “Next station: Chernivtsi”. The station I have to get off. I grab my sheets and transform my bed back into a chair. I quickly put a comb through my hair as the train already starts to pull up at the station. A new destination, but not my destination. My journey continues to the old town of Kamianets-Podilsky, a two-hour drive from Chernivtsi. This meant getting off the train and getting on the bus.  On my way to the pride of Ukraine: the castle of Kamianets-Podilsky.

Most likely you’ve never heard of this city. I surely didn’t when I first read about it. But the truth is, Kamianets-Podilsky is a real gem in western Ukraine. It’s even considered as one of the ‘Seven Wonders of Ukraine’, a national contest held in 2007 to chose seven Ukrainian historical monuments. Also on the list is the Saint Sophia Cathedral in Kiev. I loved that cathedral, so I had high expectations for Kamianets-Podilsky.

I’m a real history geek and old cities just speak to my imagination. That is one of the reasons why I chose to do volunteer work in ancient Lviv. Also Kamianets-Podilsky is a city with a long history. It exists for over 900 years which makes it as old as Kiev. Kamianets-Podilsky started out as a frontier town in the Kiev empire, but developed in the fifteenth century into an important trading town. According to legend Kamianets-Podilsky was famous for its impeccable fortification. The twelve watch towers (now nine left) made sure every corner was watched. Unbeatable, they thought. Until the Turks came along and conquered the castle. The Turks ruled for a short twenty years, but they’ve left an impression. The bridge connecting the city with the fort is now called the ‘Turkish bridge’. 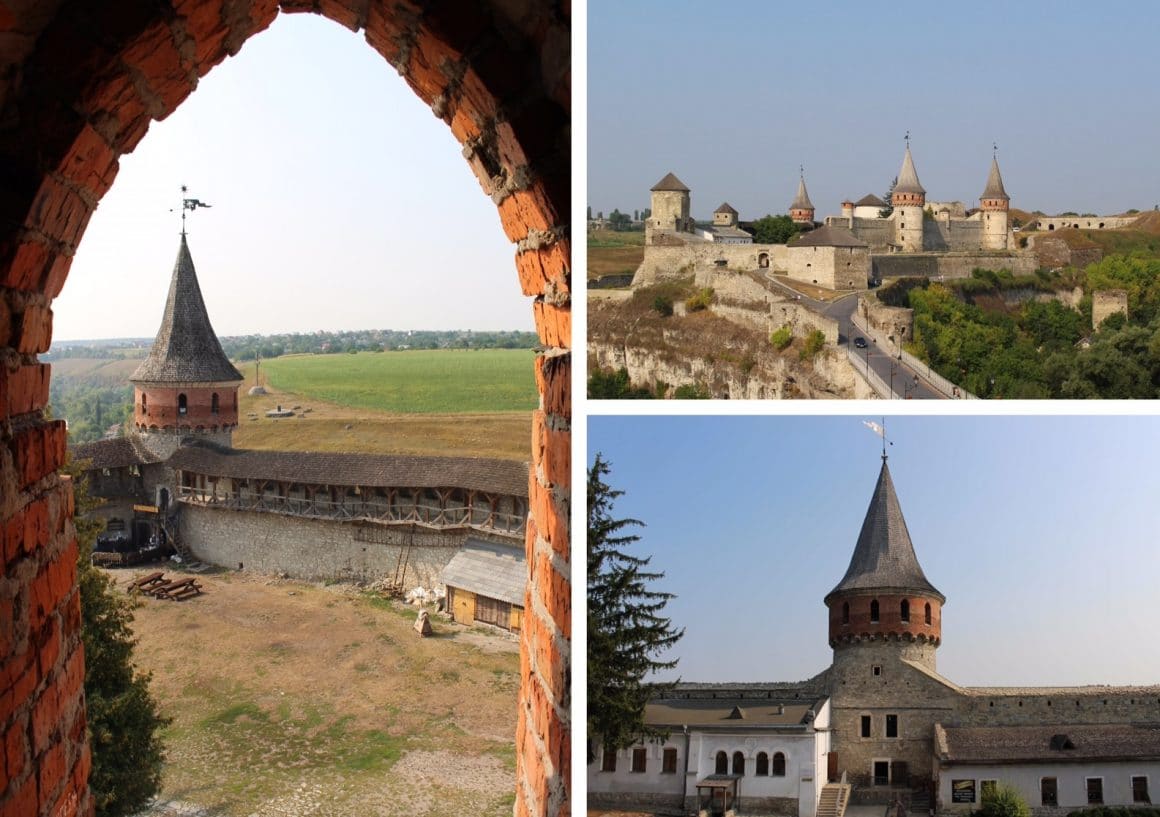 The location of the fort is simply spectacular. Situated on its own rock surrounded by steep gorges. Some are up to 50 meters deep. This canyon landscape definitely adds to the image of an already impressive sight of a castle. Inside the castle the medieval illusion continues. While I was up in one of the watch towers, I imagined myself on the set of one of the episodes of Games of Thrones. Why this castle hasn’t been used as a set surprises me. It’s gorgeous! I get why the Ukrainians might admire this place. 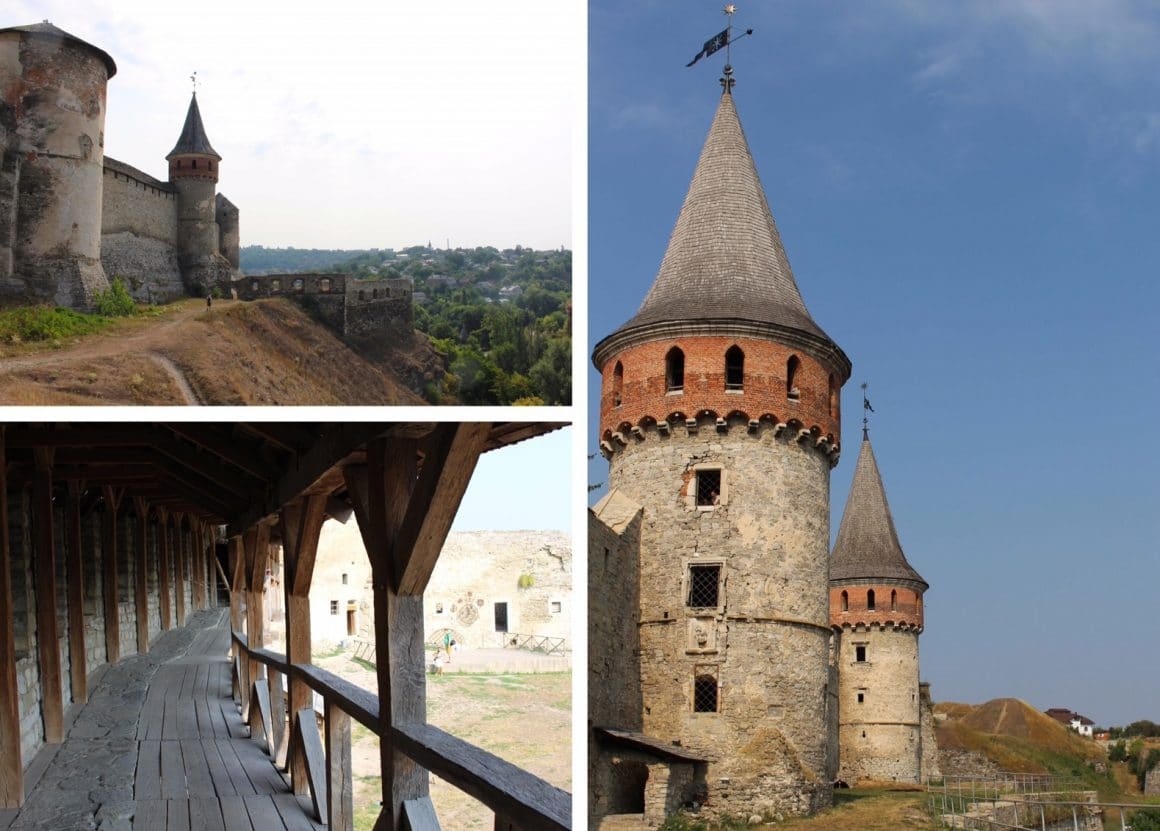 On the other side of the castle you can find the old city centre of Kamianets-Podilsky which is also pretty charming itself. It’s full with cute little cobble stone streets and colorful houses. You can also find here lots of restaurants with a typical Ukrainian cuisine. This means a lot of meat, which isn’t that convenient for a vegetarian. Most of the time I was stuck with the draniki with smetana (potato pancakes with cream), which actually wasn’t that bad at all. It tasted pretty great. 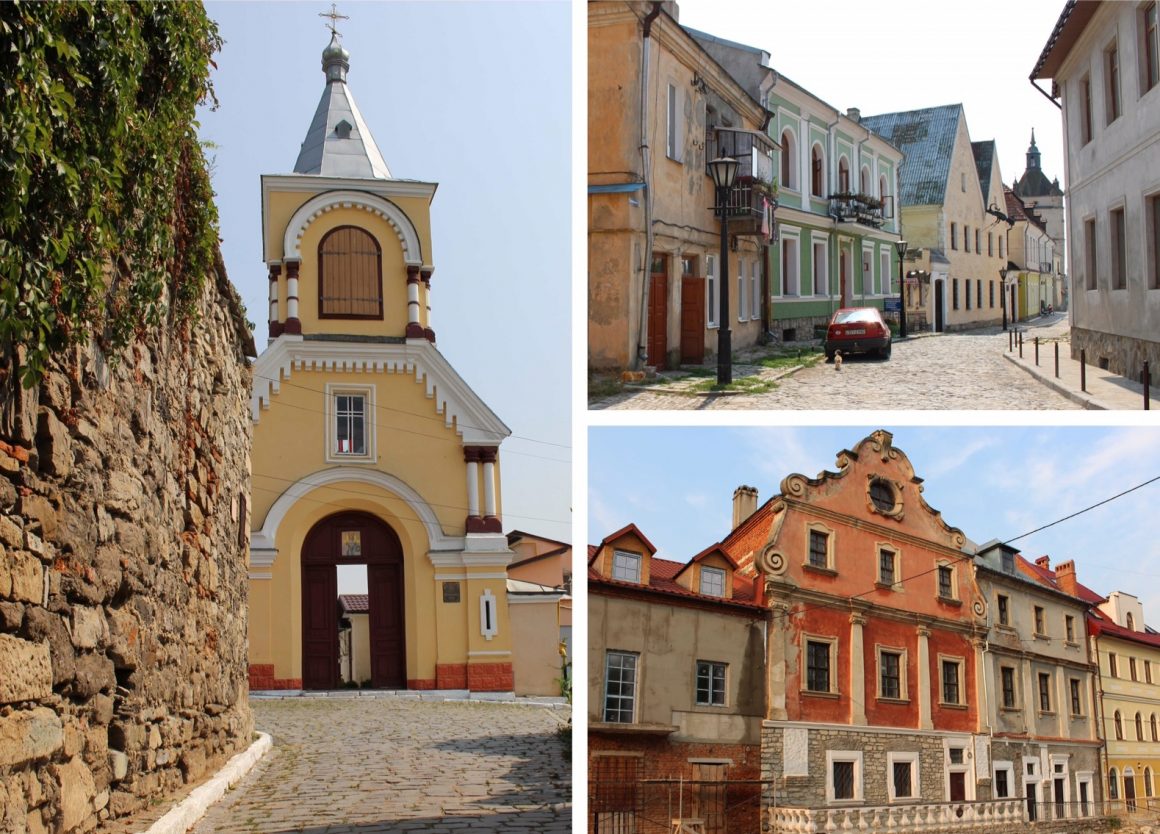 Although the old town is pretty cute, it’s also pretty quiet. You won’t see many people on the street except for tourists. This is because many locals have their houses on the other part of the river in the area called the New Plan. This part is made out of rectangular streets, dozens of flats, city parks and churches. You would say a pretty normal everyday area. But also one with surprisingly a lot of street art. In 2011 the city started organizing an annually street art festival called ‘Respublica Fest’. These days there are around 30 murals all over the city, created by local and international artists. As a street art enthusiast I couldn’t let this side of the city simply pass. I even cleared a whole day for it. Well needed, because many works are not that easy to spot. But then again that’s the beauty of street art. It’s a sight you still have to discover yourself. 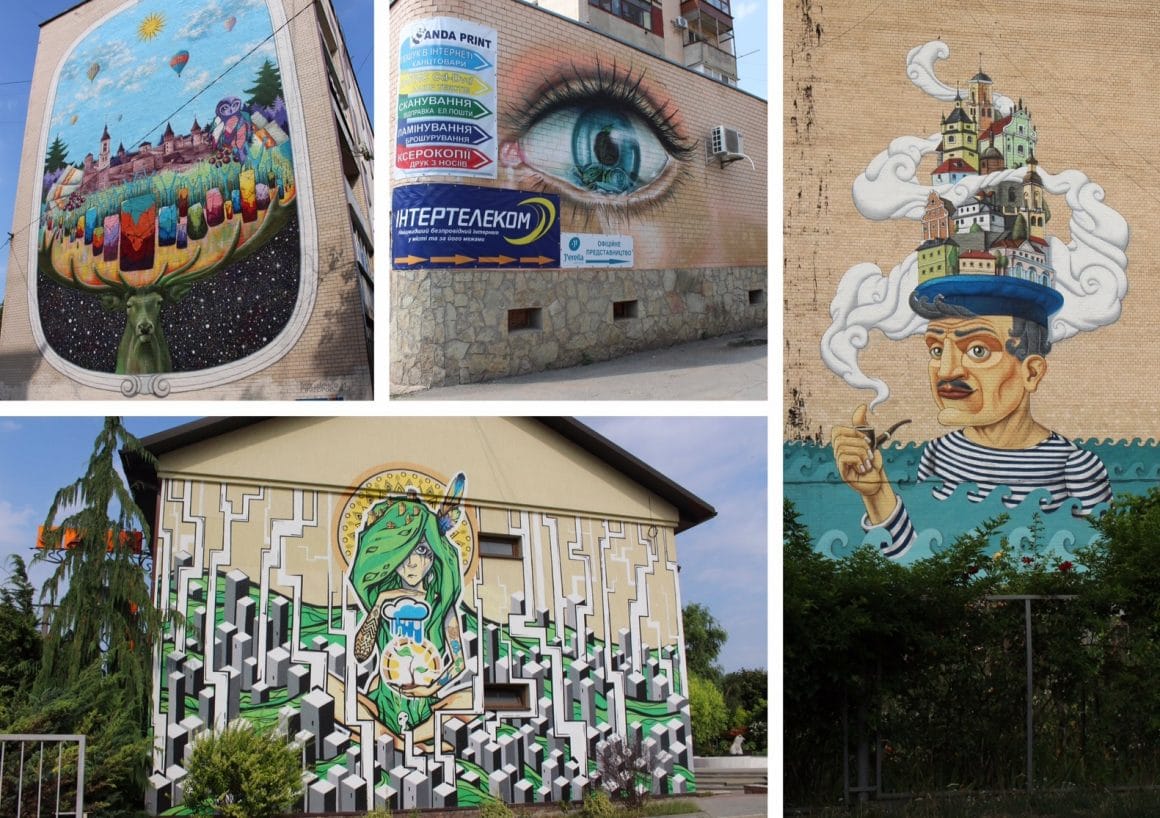 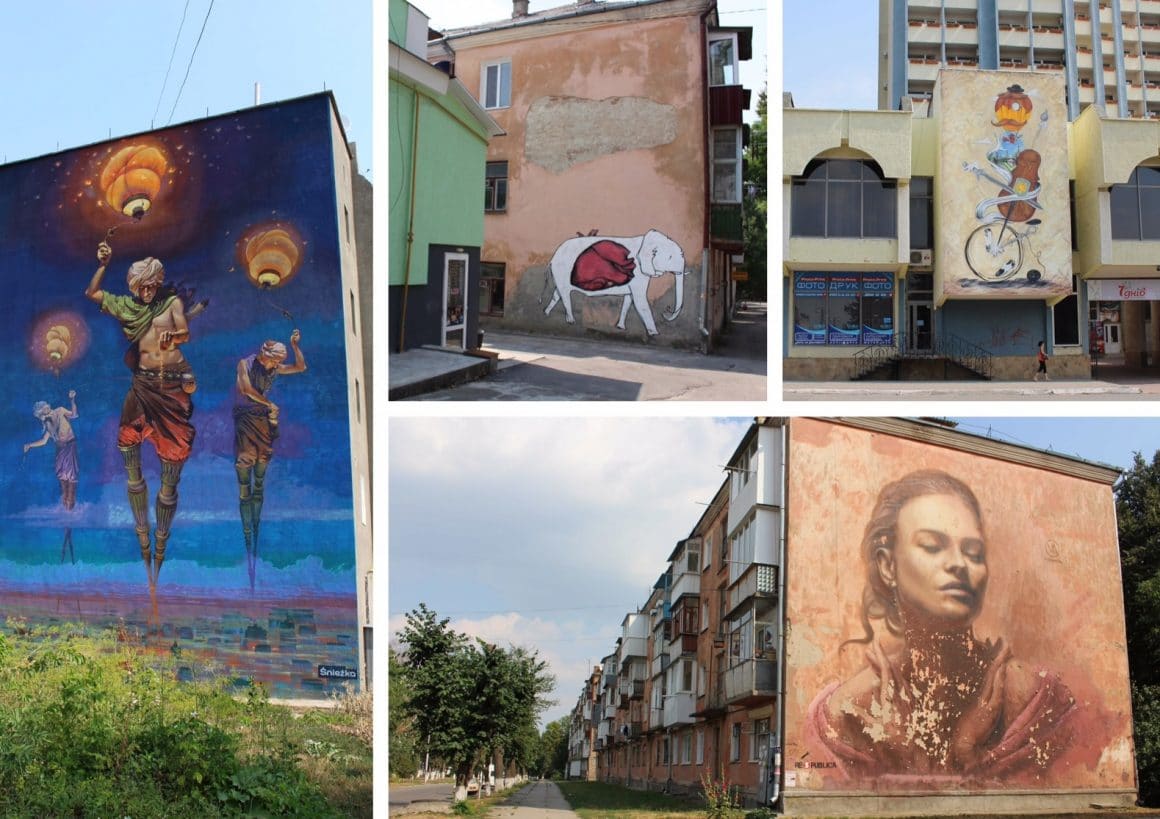 Are you also surprised by this Ukrainian city? 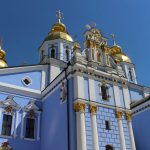 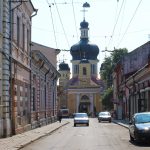