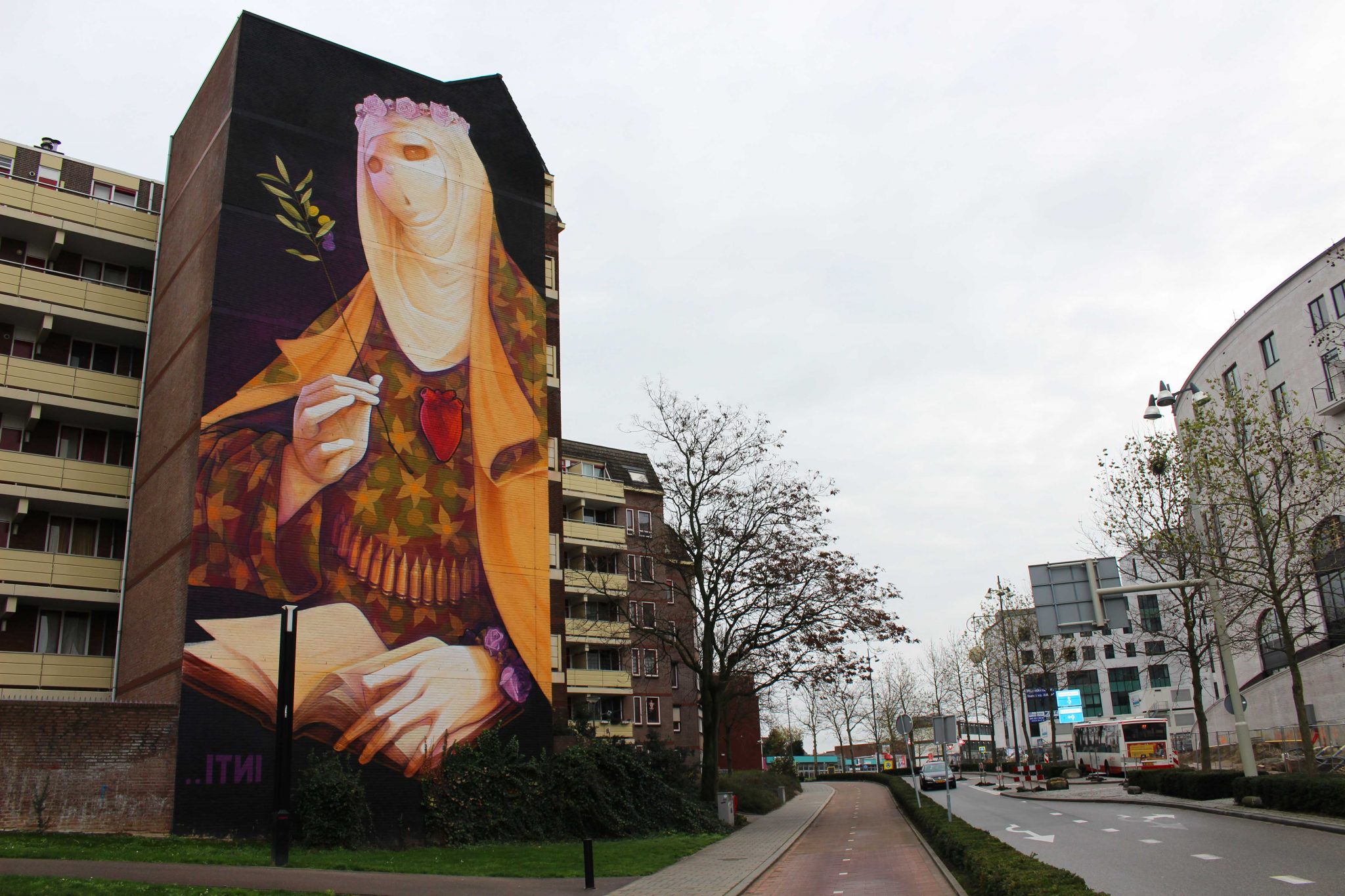 Heerlen is underrated. It’s being overshadowed by neighboring tourist cities Maastricht and Valkenburg. Also, the mining history, the vacant stores and the ageing population don’t really appeal to tourists. But hey, you shouldn’t dismiss Heerlen right away, because it has something different. Something most other Dutch cities don’t have (or at least not that much). Walls filled with colorful street art! Heerlen is actually one of the biggest street art cities in the Netherlands. I’m guessing you probably didn’t know that, and neither did I until a few months ago. But when I read about it I just knew I had to go there to explore this major street art scene.

I searched everywhere. Looking at every tile and corner to find the tiny works of Pablo Delgado. This Mexican artist creates small stencils with scenes out of the European Golden Age. A lady doing her laundry, a group drinking wine or a child playing hide and seek. They’re pretty hard to find. Luckily Pablo gives us a clue. If you see an orange tile on the ground, it means you’re close. And sometimes you’re not. Pablo also placed some orange tiles without any stencils. He thinks it’s funny. I have to disagree when I have been searching for ten minutes. 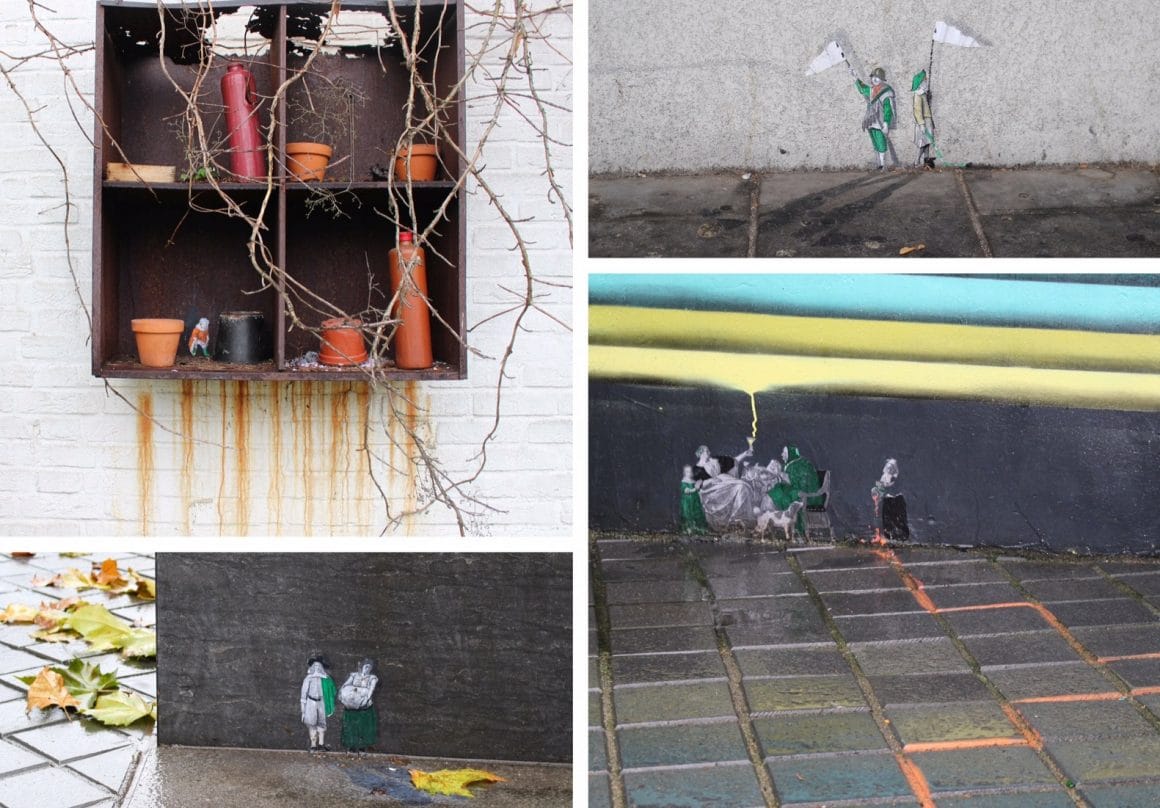 Maybe Heerlen isn’t that popular in the Netherlands, in the street art scene people definitely know this place. Back in 2008 Os Gemeos was one of the first who created a mural in this city. Os Gemeos is the artist name of two people, Brazilian twin brothers, who create awesome murals all over the world. Earlier this year I spotted Os Gemeos in Lisbon and at the end of this month I’m hopefully going to see their work in Berlin. I really like their style. It’s easy to recognise because of the yellow painted men and the floating fantasy figures. 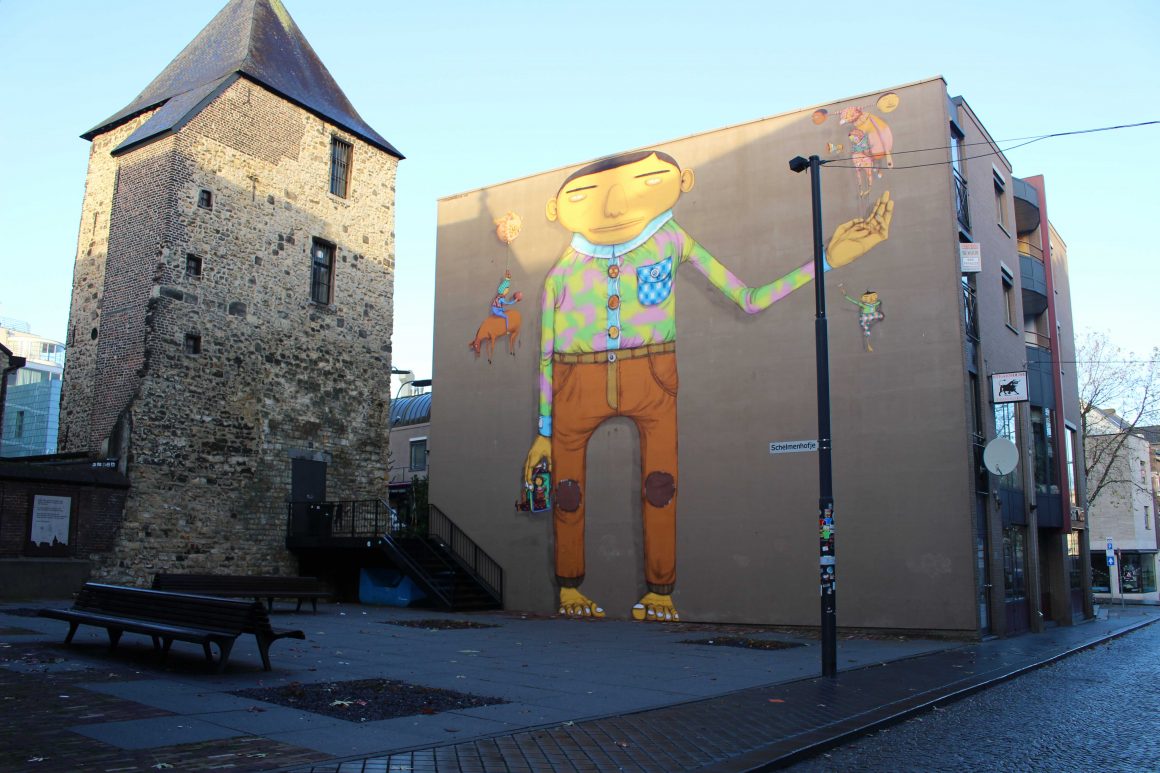 You can also find a lot of Dutch artists in Heerlen. Take for instance the duo TelmoMiel who created an awesome mural just outside city centre. The scene looks like a drunk dream featuring a pink moose and a sleeping (or maybe drugged?) child. It’s inspired by the song ‘A crazy little thing called love’, only love is replaced with glove referring to the gloves in the horns. A signature look of the artists. How cool is this? 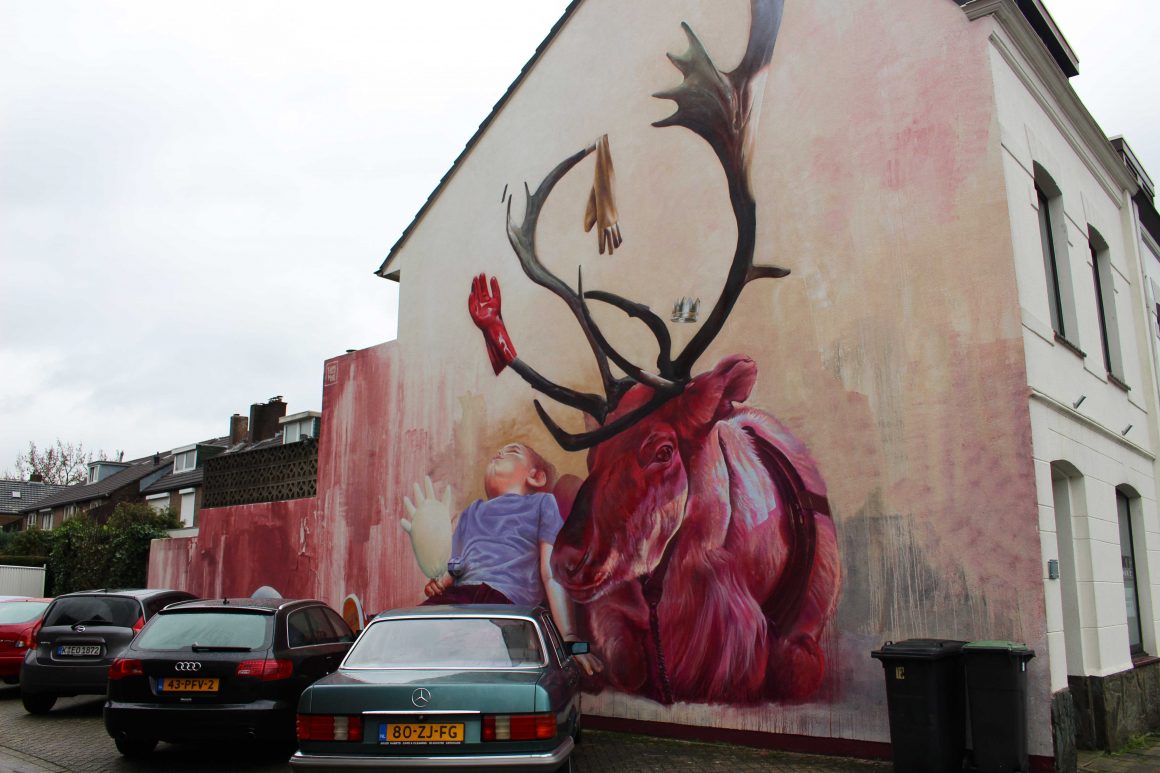 Some works attract more attention than others. And not in a good way. An example is the mural ‘Creed’ of the Chilean artist INTI. You can see his works all around the world featuring his iconic character ‘Kusillo’. In Heerlen he displayed Kusillo as a nun (or a Muslim, depending on what you’re seeing) with an olive branch in her hand, a mask on her face and an explosive belt around the middle. A disturbing image, but not the way the Chilean artist meant it. He just painted a combination of elements of war and peace. 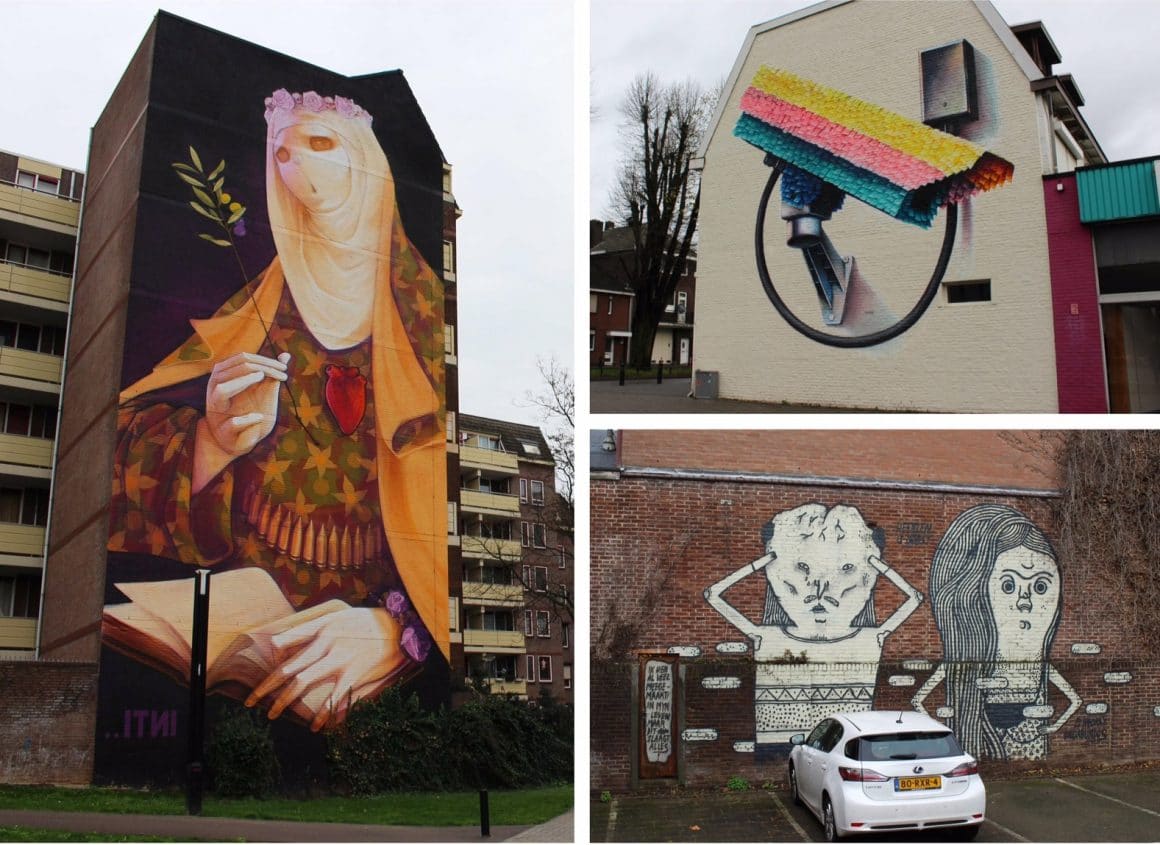 Other works connect with the emotions of the city. An example is the piñata camera at the Spoorsingel. Created as a symbol of protest against the government action to install more public cameras. Something the people of Heerlen didn’t like at all. And a little bit further down the road you can find a piece called ‘Heerlen is mad’. This time the civilian protests were focussed at a previous mural on this wall they wanted to get removed.

Heerlen has over 30 murals and several smaller works. Every year the amount of street art in this city grows because of annual street art festivals. The most recent one was last summer (2015). The theme was ‘Transition in Color’ which focussed on the empty spots in the city and the task to brighten them up. Here and there they even added some referrals to the mining history of Heerlen. An example is an apartment building in the city centre where you can find an image of a bird in a cage which refers to the coal mines where they used birds to indicate gas leakages. Hence the gas mask above the bird. 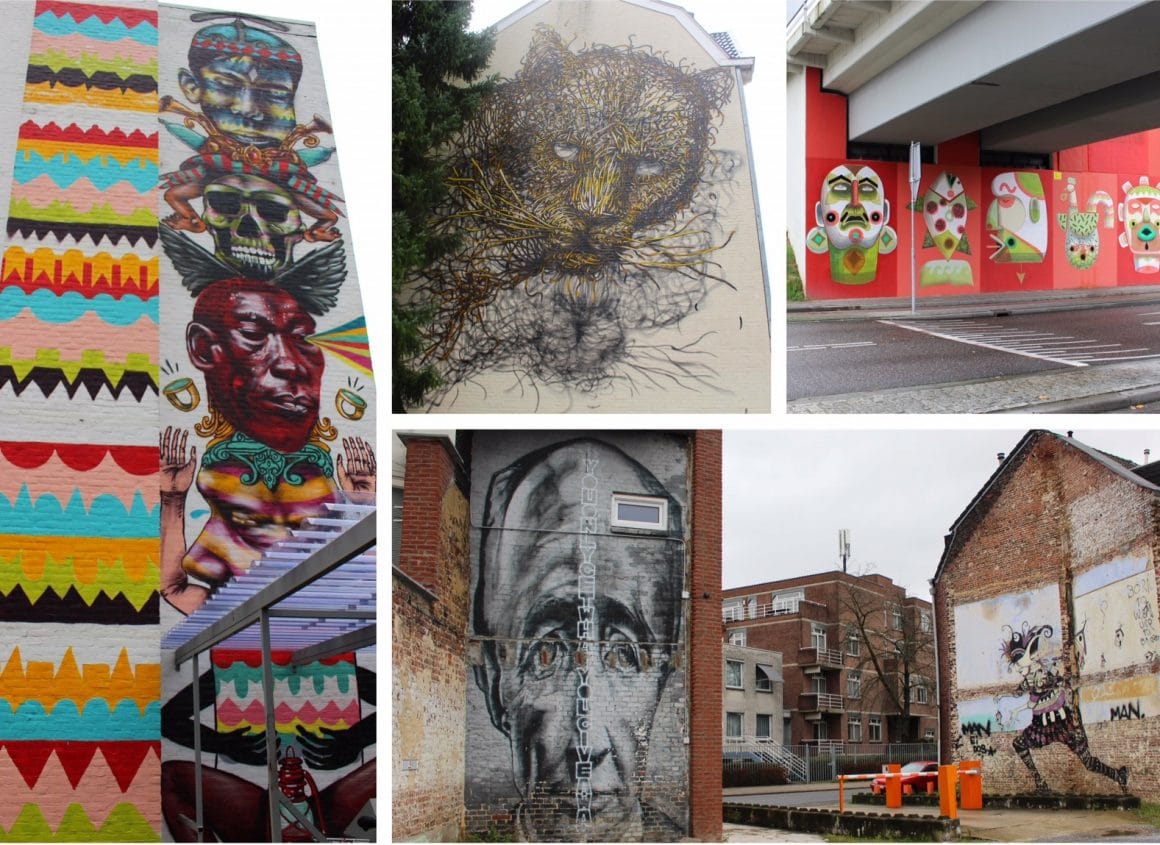 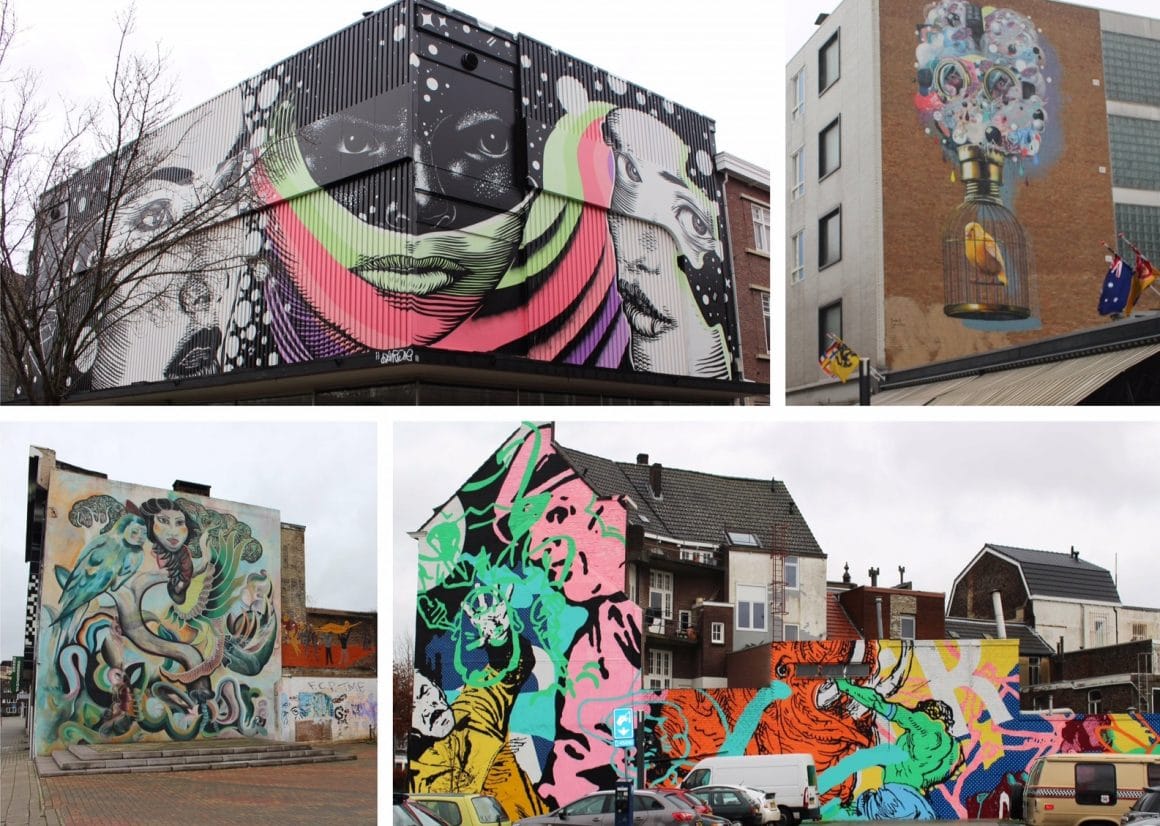 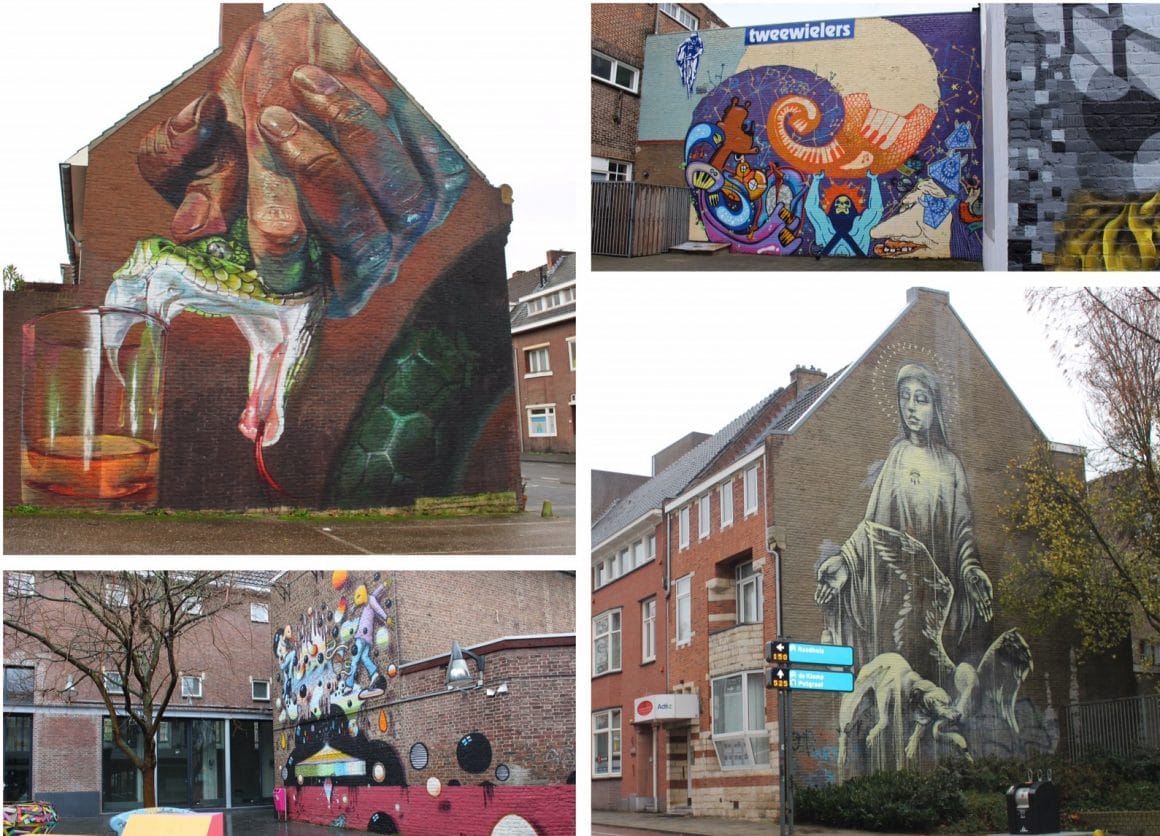 If you’re planning to go to Heerlen, you should definitely check out the street art in the city. It gives a new vibe to a city that otherwise isn’t that interesting. Maybe you can join a street art tour organised by the local tourism agency (tickets €8,75). I joined this tour, and I really enjoyed it! It gave me the opportunity to learn more about the history of this city and see all the cool works.

Are you considering visiting Heerlen? 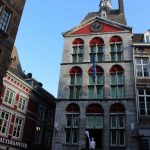 Netherlands: 4x love it in Maastricht 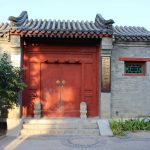 Beijing hutongs: the historical alleys you don’t want to miss