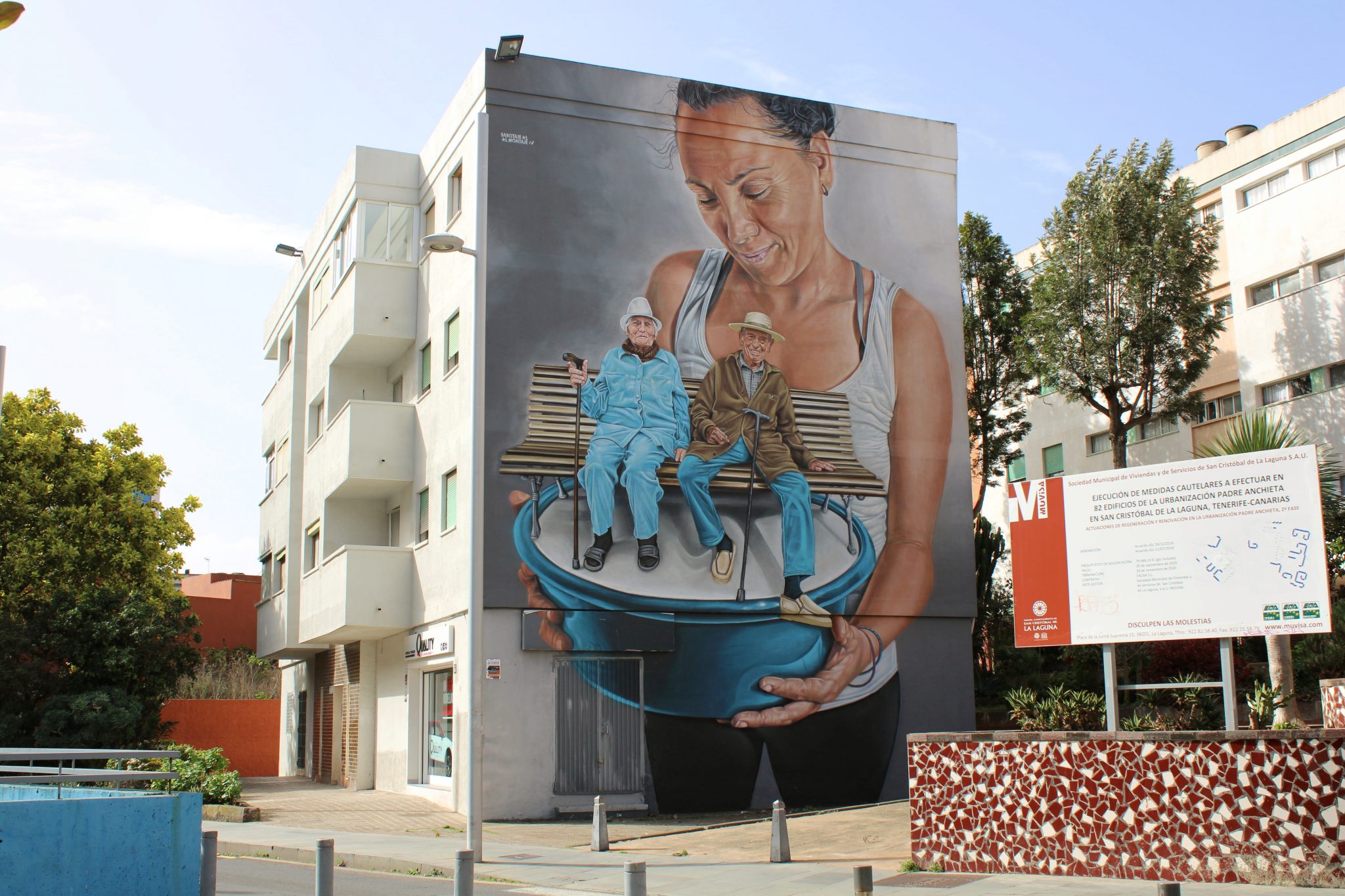 When I think about Tenerife, a sunny holiday comes to mind. Sea, beaches, sun and lots of tourists. I think most people have the same image in mind when they think about the Canary Islands, Spain. But what I did not expect to see was lots of cool street art. This blog post is about the street art that I saw in northern Tenerife, in Puerto de la Cruz and San Cristóbal de La Laguna (often shortened to La Laguna). Let the urban side of Tenerife amaze you!

Puerto de la Cruz was the base for our stay on the Tenerife. This coastal town on the north side of the island is known for its black beaches with volcanic sand. Additionally, it also has a lovely city center with (quite hilly) streets, charming squares, ánd some great murals. 2014 was the year the first murals appeared in Puerto de La Cruz during the – now annual – International Street Art Festival ‘Mueca’. Five murals were created and over the years this number was expanded to around 15 murals. Plenty to fill a day hunting for street art. All murals are fairly close to each other, so no need to pin the addresses.

Pay attention to the doors

Tenerife street art is not just about the walls, the doors are also interesting to keep an eye on. In the old town, I noticed that they were often decorated with geometrical patrons and shapes of fish or goats. I think it tells something about the history of the house, but I am not sure. It reminded me a bit of the colorful doors in Guatapé, Colombia.

A quick and easy day trip from Puerto de la Cruz is La Laguna, only located 30 kilometers away. The street art in La Laguna is not much, but the quality is good and it is super easy to find. When you arrive at the bus station (Intercambiador Laguna), walk towards the roundabout, turn right, pass the university building and on your left, you will see the first murals. All of La Laguna’s street art is on one street, Avenida de la Trinidad.

Street art is not the only reason to visit La Laguna, the city itself is also a true gem. The former capital of Tenerife has been on the UNESCO world heritage list since 1999 because of the layout of the city center. It consist of an upper and lower town which later served as a model for most South American cities. Moreover, La Laguna is super colorful. A feast for the eyes!

The public transport system in Tenerife consists of buses (locals refer to them ‘wa-wa’) and it is very well-organized. The local bus company is called TITSA and they have bright green coaches. They’re quite big with luggage space below for suitcases. The buses often travel to ‘intercambiador’ stations, the city’s main station. In addition to buses, there are also two tram lines on the Tenerife, both of them in the north.

Bus 102 and 103 are the ones who travel from Puerto de la Cruz to La Laguna. The final station is Santa Cruz. A one-way ticket is 4,10 EUR and the ride is 30 minutes. To get from the southern international airport to Puerto de la Cruz you can take bus 343. The ride is 1 hour and 30 minutes and costs 14 EUR (one-way).

If you’re planning to use the bus quite a lot, then you might want to consider buying a rechargeable Tenmas (Ten+) card. It costs 2 EUR and you can buy it at the bus station counter. Top up the card, check in at the entrance of a bus and check out when you leave the bus. All locals seem to use the Ten+ card and you even get a discount on the fare. However, if you’re only going to use the bus once, then you can also consider purchasing a return (ida y vuelta) with the bus driver. It is a bit more expensive than Ten+, but cheaper than single tickets.

Where to stay in Puerto de la Cruz?

We stayed at hotel AF Valle Orotova and really enjoyed it. Nice spacious room with balcony, lots of breakfast options, a pool on the roof, and the bus station nearby. The only thing we didn’t like was the glass front of the bathroom. Some window film would have been great!

Would you want to visit Puerto de la Cruz or La Lugana, Tenerife? Did you know about the Tenerife street art? 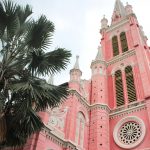