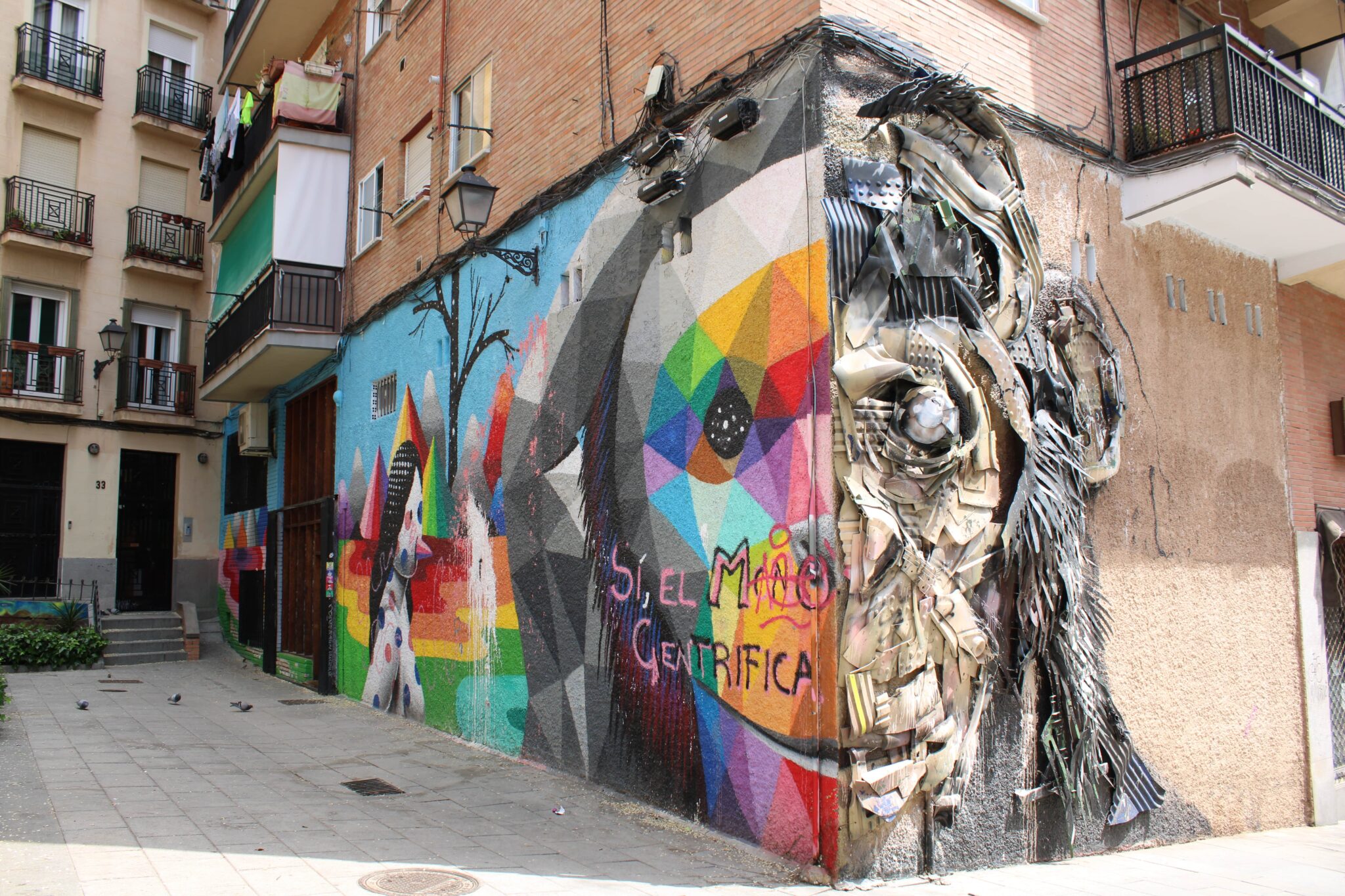 When you think of the Spanish capital Madrid, you may not immediately think of street art. Google makes you think that it is a posh city with classical architecture. And yes, these buildings are certainly there, but the center also offers other entertainment: street art! Beautiful large murals and well-known names such as the Belgian artist ROA. Most of it can be found in the Lavapiés district, so if you book your hotel there, you’re in the right place. In this blog post, I will show you some great street art locations in Madrid.

The first stop on this virtual street art tour is “Esta es una plaza”. A fairly literal description of what it is, namely a walled square for the inhabitants of the Lavapiés district. People come here to chill, read a book, have a chat, and check in on the vegetable garden. The walls of the square, both inside and outside, are filled with all kinds of mural paintings. ROA’s black-and-white work immediately stands out. However, the work of Roc Black Block is also very interesting. It shows two militiamen and refers to the Spanish Civil War. At the top is the text: “They wanted to bury us but they didn’t know we were seeds.”

On to La Tabacalera, a former tobacco factory that was closed at the beginning of this century. For a long time, it was abandoned, until the Ministry of Culture bought the building to turn it into a cultural center. A group of creatives was put in charge and so it became the coolest place in the city with exhibitions, workshops, and music. The walls were a naked canvas waiting to be filled with all kinds of street art. The composition changed almost every week.

When I was there (2022) it was closed for renovation. So I didn’t see the street art on the inside, but there were also plenty of murals on the outside walls. Right in front of the entrance, I saw a faded work of two headless people. I also recommend taking a stroll along the painted wall on Calle de Miguel Servet.

A visit to La Tabacalera is also a good start to stroll down Calle de Embajadores. This street can be seen as the epicenter of street art in Madrid. The colorful chimpanzee of Okuda and Bordallo II is the absolute highlight. It is so cool to see how the monkey almost comes out of the wall! But also further down the street, you can see great murals. For example, on number 21 you will find a huge comic-like mural of a couple.

Also the heart of Madrid offers street art. Rolling shutters on shops are often a popular place to create something, so you only see this when the hatch is closed. In addition, the narrow walls at the end of a block apartment are also popular. A good idea because these are just boring pieces of walls. My favorite work was a painting near Madrid’s Sol metro station, tucked away from the main square. A proud-looking boy in a mermaid suit sitting in a golden wheelchair. The message is about being different, making your own story.

Still got some energy left? Then take a walk to the Chueca district, a 15-minute stroll from Plaza Mayor. It is known as the rainbow district because of its LGBTI-friendly atmosphere. In this district, you will find all kinds of nice cafes and restaurants, and also street art. I really liked the stacked bear painting by Nevercrew. The message is that we humans are increasingly occupying the natural space of animals. So where should the animals go? Near this mural, you can also visit one of the two locations of Mad Mad Vegan (C. de Pelayo 19,), a great place for burgers.

Lastly, back to the cool district Lavapiés because there you can find the colorful painting of Fin DAC on the front of the Anton Martin market. The colors really pop off the wall, also because of the orange background. When you are there, I would recommend walking into the market and have a bite to eat in the food court. In comparison with Mercado de San Miguel, it is nice and quiet here. And if this market is not for you, you can grab a bite at Falafeleria (C. de Sta. Isabel 28, opposite of the market). The vegan shoarma here is amazing!

Looking for a handy little map to find this street art and more? I liked to use the maps of Street Art Cities. Not sponsored to say this, I just think it’s a good tool. Their map of Madrid is currently filled with nearly 100 works. Enough to see I would say.

Where to stay in Madrid?

If you want to be close to the street art action, then booking a stay in the Lavapiés district is a good idea. It is a multicultural (sometimes a bit raw) area which is also reflected in the many restaurant options. You can find here Colombian, and Mexican but also Vietnamese and Japanese food. As for accommodations I recommend checking out SLEEP’N Atocha (close to the train station) or the charming Uma Suites Atocha. 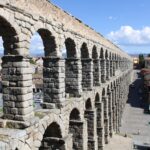