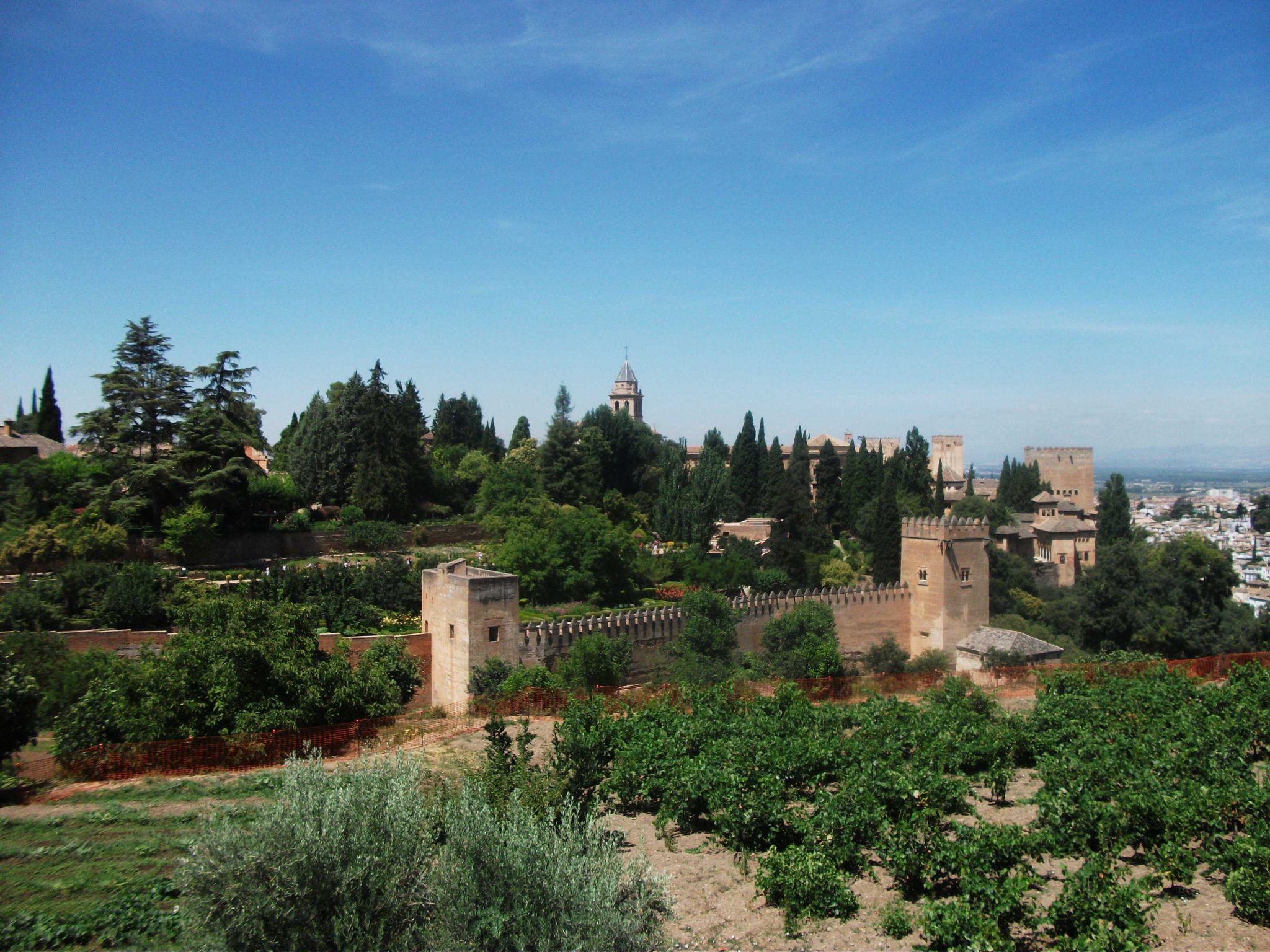 To be quite frank with you, I had never heard of this place. But one summer I was staying in Spanish Andalusia and I saw some beautiful postcards. And right there I knew it. This is something I just have to see. What I’m talking about? La Alhambra! The fairytale palace complex of the ancient Moorish empire. A real gem in Spanish Andalusia. With her warm, rosy colors against the green forest, it’s a true beauty.

More than 700 years ago the Spanish region of Granada was ruled by the Naziri dynasty, a powerful Moorish dynasty in the medieval Andalusia. In the thirteenth century they established their capital on the Sabika hill and named it ‘La Alhambra’. Originally the city accomodated six palaces, two towers and several bath houses. Along the way they added also houses, garden houses, gardens and work shops and studios. This way Alhambra grew into a complete city, representing all the details of the Moorish culture.

In this article I’ll take you to the three main areas of Alhambra: Nasridic palaces, Alcazaba and the Generalife gardens. These are the areas you could still visit today.

The Nasridic Palaces are in my opinion the most beautiful part of the Alhambra. Nowadays there are only three palaces left: the Mexuar, Comares and the Lion palace. This used to be six, but sadly they were distroyed during the invasion of Karel V. The palaces were the home to the sultans, but also the place where they made political decisions and received their guests (and harem). Walking around in the palaces, you see one beautiful room after the other. The walls are decorated with tiles, inscriptions and patterns, and here and there alternated by gracious windows. You can just really see the handicraft they put into it. For example the dome in the Ambassadors room consists of 8.000 pieces of wood, all decorated with stars. Also every pattern or design has a meaning, they all refer to symbolics of verses from the Koran. 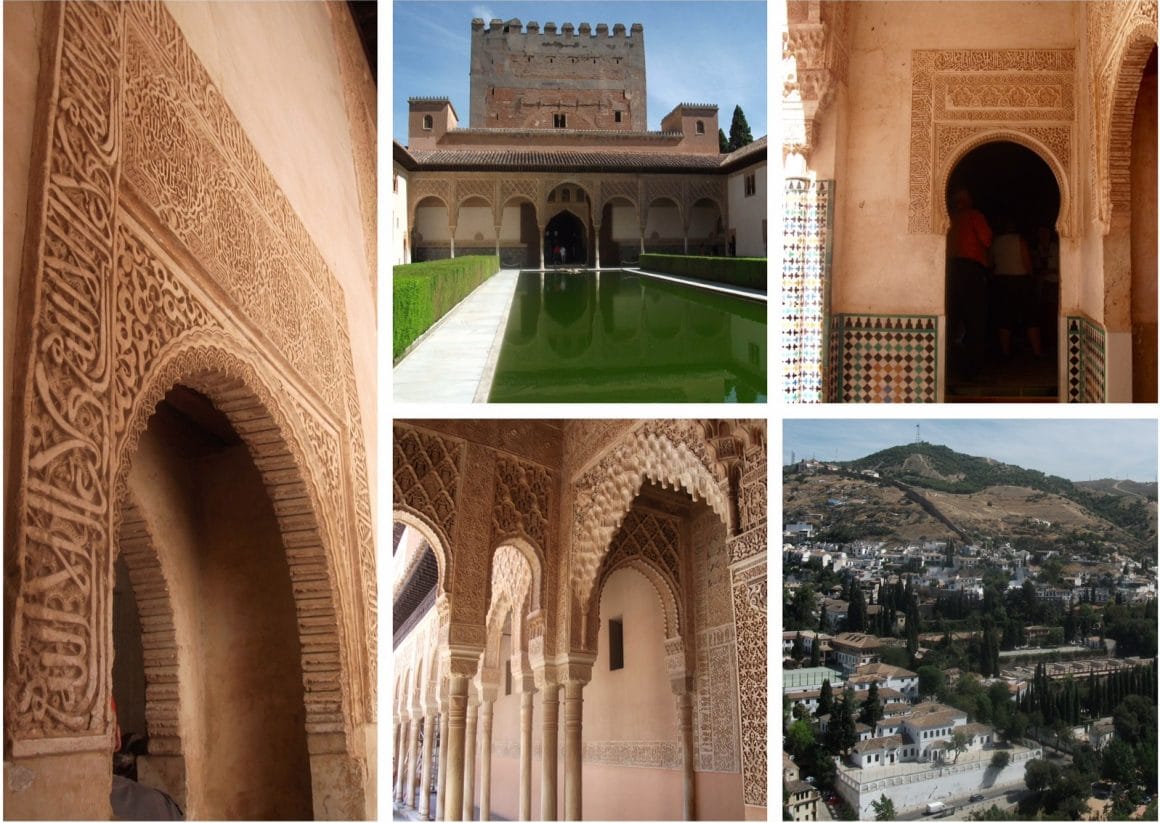 The Alcazaba is the oldest part of the Alhambra, built on the remains of a Roman fortress. The Alcazaba was the first palace the Nasridic rulers built. In the years that followed the Alcazaba area was mainly used for military purposes. That’s why you’ll find here the watch towers, the weapon gate and the weapon tower, all surrounded by thick walls. This area was also used for the citizens of Alhambra. You see Alcazaba actually means ‘the city of Alhambra’. This area also gives a splendid view over Granada, because Alcazaba lies a bit higher up the hill than the rest. 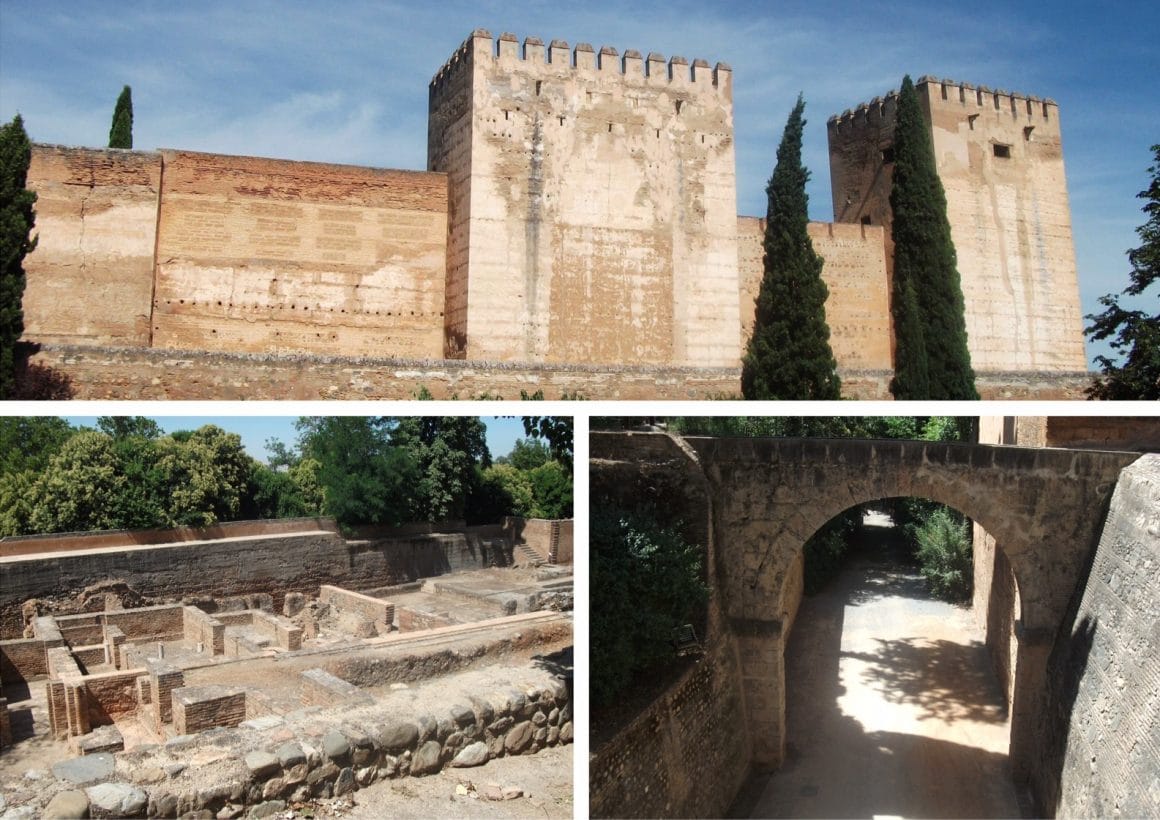 To find peace and calmness the Nasridic rulers built the Generalife gardens. In these gardens you can find several jasmin flowers, roses, fountains and waterfalls. But the gardens are more than just moments of peace, they are actually meant as an irrigation system for Alhambra. Through the aquaducts the water is brought up the hill and spread throughout the city of Alhambra. That’s why everywhere you go you will hear water splashing, which is a bit weird because you’re high up on a hill. 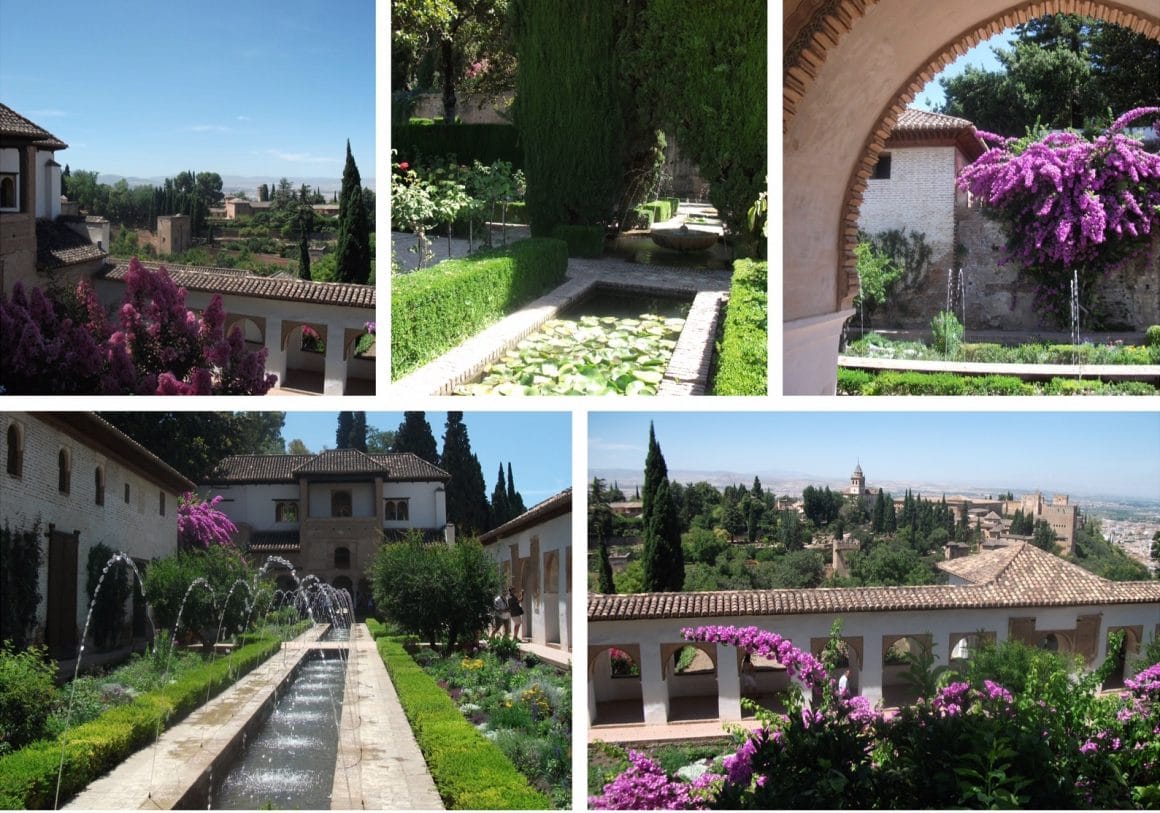 Have you visited the Alhambra yet?

In pictures: ancient ruins of Ephesus in Turkey