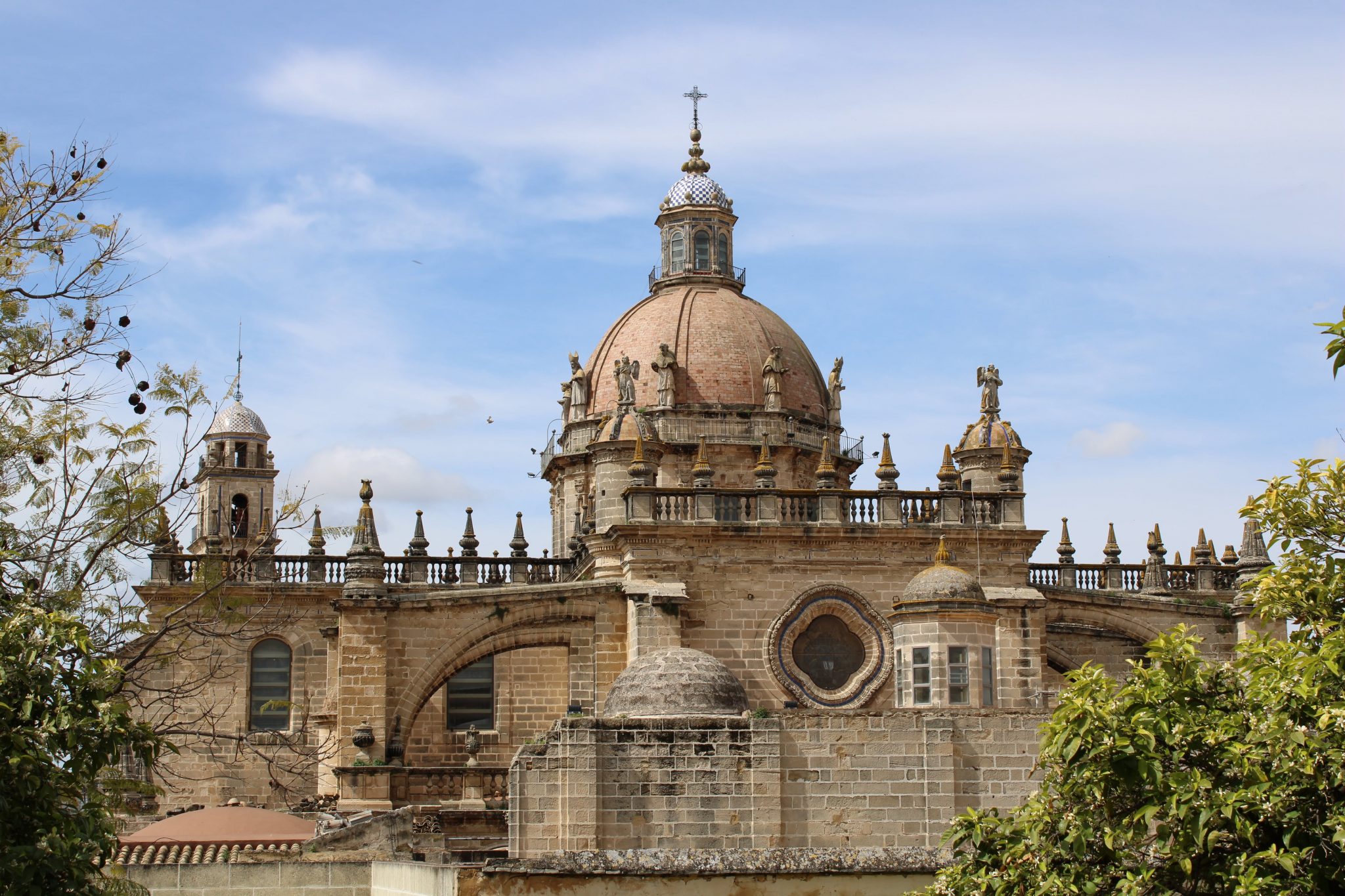 For about two weeks, Jerez de la Frontera was my home. I chose this town for my workcation. It is located in the beautiful region of Andalusia, 45 minutes by train from the Gulf of Cádiz. I have to admit that I had never heard of Jerez (as it is often abbreviated), but it is not an unknown city. It is home to sherry, a fortified Spanish wine with a particular aging process in barrels. Looking for things to do in this city? In this blog post, I will tell you about 10 great things to do in and around Jerez de la Frontera.

1. Sign up for a tour of Tio Pepe Bodega

Sherry and Jerez, the two are inextricably linked. When Spanish people think of sherry, one brand immediately comes to mind: Tío Pepe. Named after the uncle of founder Manual Maria González who had a passion for brewing sherry. In 1849, González sent a bottle of sherry from his uncle to his business partner Robert Byass in London and it was very well-liked. A new brand was born: Tío Pepe (uncle Pepe).

The Tío Pepe Bodega (officially named Bodega González Byass) is located in the center of Jerez de la Frontera, next to the beautiful city cathedral. On a tour, you get the chance to learn about the aging process, and you can also taste some sherry wines during a mini-tasting. A basic ticket costs 18 euros per person and that comes with two tastings. I recommend booking the tour online in advance, as I noticed they do not organize daily English-speaking tours. In addition to this bodega, there are many others you can visit in Jerez such as Lustau, Fundador, and Sandeman.

Want to learn more about sherry? Check out this sherry tour with a certified guide by the Sherry Council.

Arriving in Jerez by train is already a great experience as the train station is a beauty. I read that it was designed by the same man who oversaw the construction of Plaza de España in Seville. The similarity is noticeable, even though it also reminded me of Portuguese architecture. If you arrive here in the late afternoon, the building is even prettier because of the golden glow of the sun.

3. Visit the Alcázar of Jerez

Alcázar means castle and refers to the palaces from the Moorish era. Jerez also has an Alcázar. The complex is perhaps a little underwhelming compared to that of Seville, but it is the oldest royal palace in Spain. Built in the 12th century when Jerez was part of the Almohad caliphate. Originally, the fort was surrounded by a 4-kilometer-long wall. Some parts of the wall and a few towers are still there and are in good condition.

The entrance fee is only 5 euros per person and it gives you access to the rooms of the palace, the mosque, the gardens, and two towers. To be honest, I found the gardens to be disappointing. It was rather empty. One of the towers also houses a camera oscura room. This can only be accessed with a guide and costs 2 euros extra. Good to know: I read that half an hour before closing time (2.30 pm) admission is free.

Interested in learning more about the history of Jerez? Check out this guided tour of historical Jerez.

4. Admire Jerez Cathedral from all sides

The story of the Cathedral of Jerez is similar to that of Seville. Here too it used to be a mosque. In the seventeenth century, the building was transformed into a church. The minaret, nowadays the bell tower, stands separately next to the church. What I especially liked about this cathedral was the extensive front and its location in a hilly area. Each side offered a new photo opportunity.

The entrance fee is 5 euros per person, 7 euros if you also want to climb the bell tower. On Sunday there supposedly is a free-of-charge hour, between 10.30 and 11.30 am.

Plaza del Arenal is the main square of Jerez with outdoor cafes, a couple of benches, and a large fountain in the middle. The showpiece of the fountain is the bronze statue of Miguel Primo de Rivera, a general from Jerez, a sympathizer of Mussolini and short-lived dictator of Spain in the 1920s. All in all, a striking figure. As for the square itself, it is a nice place to sit down on a bench and watch people passing by.

Walk from the Plaza del Arenal, passed Taberna Jerez, towards Iglesia de San Miguel. The exterior of this church is a real treat for the eye. So many details to see! Together with the Cathedral of Jerez, this is the most beautiful church in the city as far as I am concerned. I did not get to visit the church because it was closed (open until 14:00). Almost everything in Jerez closes for a few hours in the afternoon.

Almost every major Spanish city has a Mercado, a market hall with fresh vegetables, fruit, meat, and fish. These are not necessarily tourist markets, but places where the locals buy food. Shopping at the market is for many people a social activity that the supermarket cannot compete with. In addition, the products are often purchased locally and presented beautifully. The mercado of Jerez is no exception. I recommend browsing for a bit and experiencing the hustle and bustle. Please note the opening hours: the market is open until 2.45 pm.

Jerez de la Frontera is a good base to visit some ‘Pueblos Blancos’, the beautiful whitewashed villages in Andalusia. Arcos de la Frontera is one of them, a whitewashed village on a rock above the Rio Guadalete. Its position meant a lot of uphill walking but in return, we came across winding alleys and were presented with panoramic views. In addition, Arcos is known for its ‘bollos’, large sweet buns. Traditionally made with only flour, olive oil, aniseed, and almond. We bought two huge ones at Panaderia Marquez and they were delicious!

To get to Arcos, you can take the bus from Jerez bus station. It leaves every two hours, the ride takes an hour, and a ticket is 2 to 3 euros per person. You purchase the ticket from the driver, so make sure you have the exact change.

To get to El Puerto de Santa Maria, you can take the cercania (C-1) train from Jerez. The ride takes 10 minutes and a ticket is around 4 euro per person. Don’t make the mistake by boarding a highspeed train (Alvia or MD). These ones also stop in Jerez and go to El Puerto, but the tickets are a lot more expensive.

Lastly, if the weather is good, I recommend taking the cercania train from Jerez to Cádiz. This coastal city has a long beach strip. I especially enjoyed the beach at Playa de Santa María del Mar. From here you have a wonderful view of the old town of Cádiz. And if you like to surf, you can also join a surf class at Hopupu Surf Cadiz. My boyfriend did this a couple of times and he liked the lessons very much. To get to this beach area, you should get out at station San Severiano.

Where to eat in Jerez de la frontera?

Jerez is the city of tabernas and tabancos. A taberna is a small eatery with evening entertainment such as flamenco and singing. Tabancos are similar to pubs focused on sherry and accompanying small bites. Both are nice for a snack and drink, but for a good dinner, I much rather go to a restaurant. From my own experience I can recommend these places: Rigodon, Albornía and Hindú Noor Mahal. In addition, Cervecería Gorrila is great for a beer and Cafetería MoKa serves delicious coffee with plant-based milk.

Where to stay in Jerez de la frontera?

I was in Jerez for a workcation so we had arranged an apartment. I can wholeheartedly recommend this place as it was perfect. Looking for a hotel? Check out B&B La Gitanilla Alojamiento con Encanto. Lovely rooms and breakfast on the roof terrace.

Click here for an overview of accommodations in Jerez de la Frontera.

And there you have it: 10 wonderful things to do in and around Jerez de la Frontera. Have you been to this city yet? 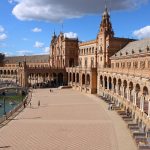 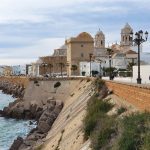