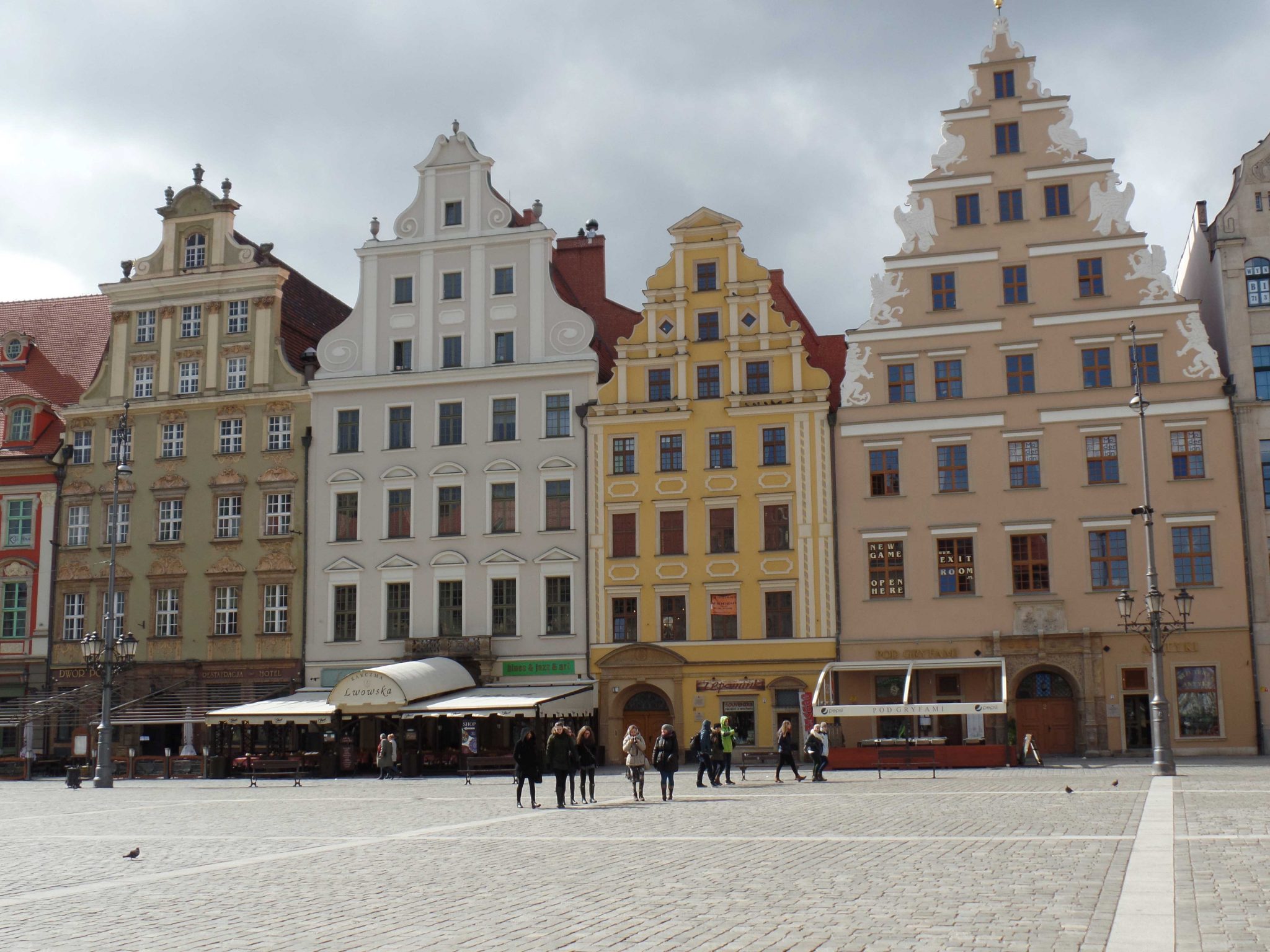 Wroclaw things to do: exploring the rynek

Vroslav. No. Vroklaw. No. Vrotswaf. Yes! It took me a few days before I got the hang of it. I must say that the sweet cherry vodkas definitely helped to pronounce those Polish tones, but still it was difficult. Oh well, Wroclaw. Another beautiful Polish city. I’ve got the feeling that Poland is blessed with several beautiful cities and Wroclaw is no exception to this rule. Moreover, I feel that Wroclaw was the most beautiful city of my entire Poland trip. Yes, even better than Krakow. Just like Poznan Wroclaw has a beautiful medieval square: the Rynek. Only this time it’s even bigger, more colorful and prettier. Exploring the Rynek is one of the best things to do in Wroclaw.

Why is it that Poland has so many beautiful squares? The answer: a long history with a German tinge. Cities like Poznan and Wroclaw were for mainy years part of the Kingdom of Prussia, a kingdom that excisted until the First World War. Countries like Germany, Denmark and Poland were part of it. The Prussian kings were wealthy and loved to show this. They built palace after palace, town house after town house and so on. Unfortunately a great part of this was demolished during the Second World War. Over 50 percent of the old parts of Wroclaw got destroyed. Luckily, quickly after the war the city was restored. The merchant houses, the squares, the cobbled alleys, it all came back to life.

Two squares in one glance in Wroclaw

You can find the Rynek in the Old Town of Wroclaw: the Stare Miasto, my favorite part of Wroclaw. The Rynek is a lively square and attracts people all day long. I cannot say it’s crowded, because it’s definitely not. But it ís buzzing. The old market square actually consists of two squares. One is the Rynek, the central square, which consists of a string of beautiful medieval or classical town houses. The second adjacent square is the Plac Solny, the salt square. A tiny square with a surprisingly lovely flower market. This used to be the place where the traders showed off their salt fortune. They built the most beautiful houses with stunning facades. If you look very closely, you can even recognize certain shapes in it. For instance I thought one of the houses looked like a Christmas tree. Guess which one.

Back to the Rynek, the central square. In the middle of Rynek you can see a striking Gothic building that is a bit off-putting at first. The brown brick walls don’t really match with the pastel colors of the merchant houses. The yellow color in the top makes a bit up for it, but still it’s a strange sight, don’t you think?

One of the most interesting buildings on the Rynek is the ‘Hansel and Gretel‘ building. Yes, these skinny buildings are named after the well-known fairytale of the brothers Grimm. And I get why. The connecting arch between the two makes it look like a couple holding hands. Romantic, right? Well, it’s actually not, because if you keep on looking you will see the inscribed motto on the archway. ‘Death is the gate to life‘. These two houses are actually the remains of a line of town houses that once circled the cemetery of the nearby St. Elizabeth church. Okay, romance gone. But still these are the cutest houses I’ve ever seen.

The Rynek is the perfect spot for a nice sunny afternoon or even to spend a long evening. Surrounding the squares you can find several beer restaurants and beer cellars. My tip: go to Spiz Brewery, an underground beer cellar. They offer hundreds of beer flavours, most of them brewed in Wroclaw. Go for sweet flavours like apple or order a strong bock beer. For a moment I thought I was in Germany or Austria. The only thing that was missing were the dirndl girls. Apart from drinking beer, you can also visit the Collosseum Jazz Caffe for some live jazz and cherry vodkas. And end the night the Polish way: in an icecream bar. There is a great one right on the Rynek: Witaminka.

Have you ever been to Wroclaw? What are your best things to do in Wroclaw? 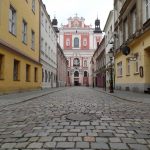 The beautiful heart of Poznan: the Stary Rynek 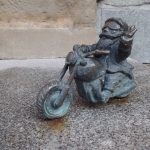 Let the hunt begin: gnomes as city guide in Wroclaw