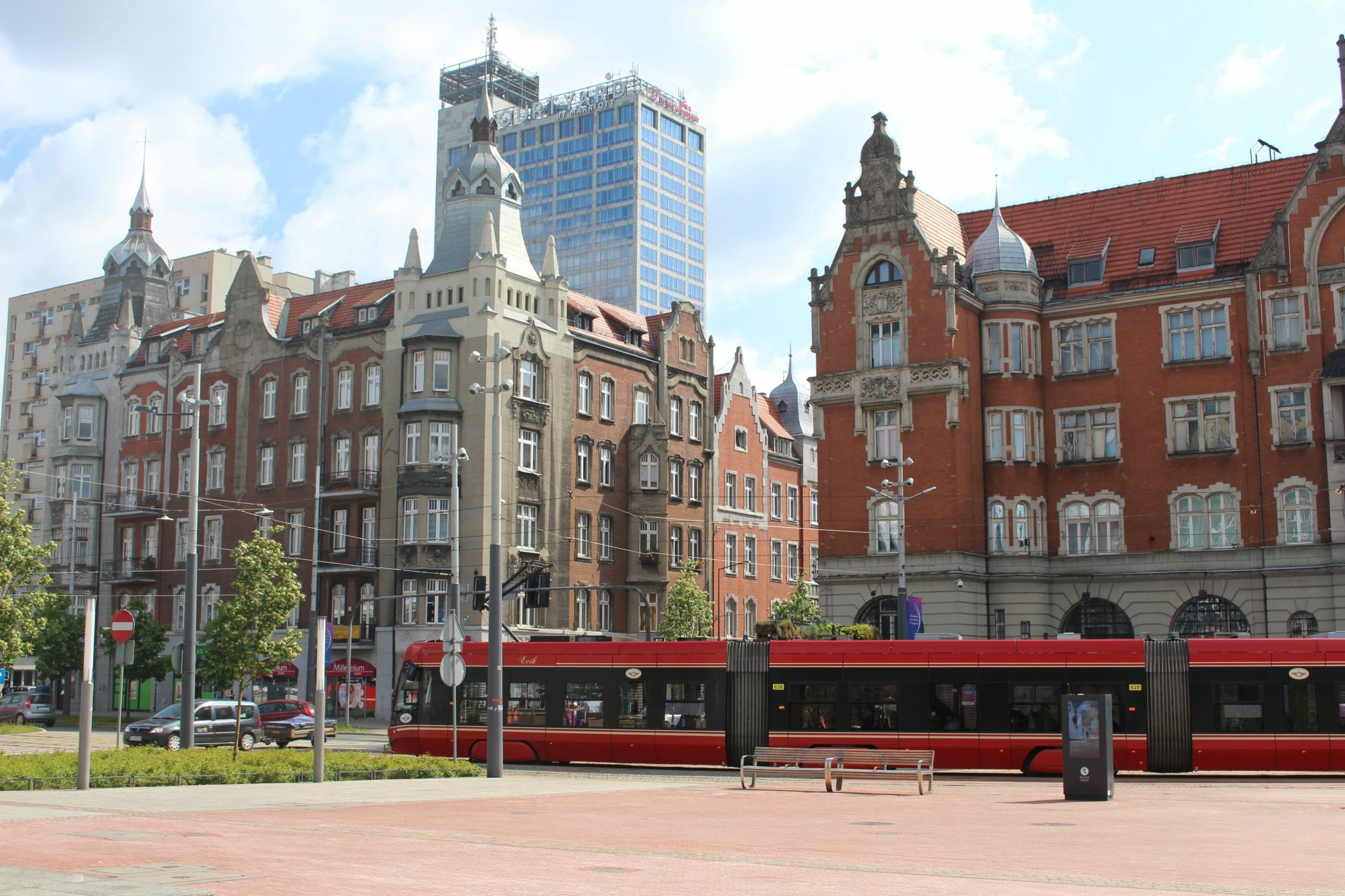 Why visit Katowice: a guide for the Polish industry city

Poland is an amazing travel destination. I have visited the country three times already and I still want to go back. Cities as Gdansk, Poznan, and Krakow are true eye candy, but the country has more to offer. Did you know that Poland is a hotspot for street art? Former industrial cities are favorites among artists and for my third visit to Poland, I decided to focus on these cities. I had the city of Katowice on my radar. Just like Lodz, Katowice is also struggling with a negative image. Coal and steel are what built this city and this gave the city a somewhat dull and grey reputation. Wrong perception or honest truth? We explored Katowice for a few days to draw our own conclusions. In this blog post, I am sharing why you should visit Katowice.

The city of Katowice, locals call it Kato, was never a tourist destination. It was an industrial city for coal and steel, but last century it had to close fourteen mines. Consequently, people lost their jobs and the city fell into despair. An image that stuck with many people. At the beginning of this century, the city decided it was time for a change, and, with the help of the EU subsidy, it focused on culture and business. Today, Katowice is a modern innovative business city.

By the way, modern Kato did not fully say goodbye to the mining past. The city still has two active coal mines and Europe’s biggest coal producer is located near Katowice. On the one hand, coal mines create jobs, on the other hand, it causes earthquakes, sinkholes, and smog. In short: Katowice still has a beating black heart, but who knows for how long.

Why you should visit Katowice

1. there is cool street art

We start this post with street art because I love street art and there are plenty of works to explore in Katowice.  Since 2011, Katowice hosts an annual street art festival (AiR). Restaurant owners and other businesses don’t mind providing a wall to the artists, because a cool painting attracts people (and so customers). Even the city itself sponsors some of the works from time to time. Very cool to see that Poland doesn’t perceive street art as vandalism, but as enrichment for the urban landscape.

Tip 1: Focus on the clusters

The street art is kind of spread out across the city. Fortunately, there are a few clusters. The first cluster is located around ul. Mariacka Tylna. Home to the birds of Belgian artist ROA, but also other smaller black and white art pieces. Don’t forget to check out the tunnel passage under the tracks. There you can find also some cool art. Just a little bit further at ul. 3 Maja, you will find a beautiful black and white painting at Teatr Bez Szeny. If you continue walking via the Warszawska and Teatralna to the ul. 1 Maja 7, you will come across a cool 3D mural of a heron. In case you have a bit more time on your hands, you can explore a second cluster around ul. Gliwicka.

Tip 2: use a Street art map

Make it easy on yourself and use the Katowice street art map of Street Art Cities. This map shows the addresses of the works, when it is made, and who the artist is. I am not sponsored to say this, I am just a fan.

Katowice is not only moving forward, but it is also honoring its past. The city has turned one of its former coal mines into a museum: the Silesian Museum. Katowice is the capital of the Silesian region, hence the name of the museum. It consists of six buildings and has an observation tower that offers a view over the city. The actual exhibition, focusing on Polish Silesian art from 1800 up until the present, is located underground (entrance building G, level -2) where the former tunnels of the mine were located. The entrance fee for the museum is 24 zloty per person. Unfortunately, a visit to the museum didn’t fit into our tight travel budget. But good to know for next time: on Tuesday it is free to enter the museum.

The museum is also known under the name Muzeum Slaski. Address: Tadeusza Dobrowolskiego 1.

The Silesian Museum is part of the Culture Zone, a redeveloped area that connects the city center with the former mine zone. This zone is completely focused on entertainment, from classical music to conferences and concerts. It seems like the architects received a carte blanche because there is a whole series of striking buildings to be seen here:

Usually, a Polish Rynek is a beautiful market square surrounded by colorful merchant houses. However, in Katowice, this is not the case. The Rynek in Katowice was a big roundabout. Fortunately, the city decided it was time for a change and started renovating the city center. Katowice’s Śródmieście (Polish for city center) became a pedestrian zone. Ulica Mariacka is a good example of this transformation. People used to park their cars here to visit a strip club or massage parlor. Today, Ulica Mariacka is the most popular pedestrian street of Kato.

And the Rynek? Today, this is a modern city square with lounge chairs, a pond, and a few restored historical buildings. Still, it is nothing like the colorful market square in other Polish cities, but it is a huge step forward to Katowice.

5. There is A unique all red-brick district: Nikiszowiec

Back to the mining history of Kato, because did you know those mine companies built special residential neighborhoods for their employees? At the beginning of the twentieth-century coalmine company ‘Giesche’ built the residential neighborhood called Nikiszowiec and housed 1.000 people here. It was a self-sustaining community with their own school, hospital, police station, bakery, and church. The design of this neighborhood showed unity and symmetry: all buildings were constructed with red bricks and red-painted window frames. The neighborhood consisted of about six blocks and every block had its own big communal courtyard. If you look at the photos, it might remind you of a scene right out of the Netflix series Peaky Blinder, doesn’t it?

Tip: Pick up the audio tour

I recommend everyone to pick up a free audio tour at the Industrial Ethnographic Museum (Rymarka 4) before you start wandering off into the neighborhood. With the information on the audio tour the area comes more to life. To pick up the audio tour, you have to pay a deposit of 50 zloty and you have to show your passport or ID. By the way, Nikiszowiec is still a residential area, so please treat the area and the people who live here with respect.

How to get to Nikiszowiec?

Take bus 30 or 920 from Al. Korfantego (near hotel Katowice). Are you near the bus station (Katowice Dworzec)? Take bus 647 or bus 930. You can buy a ticket at the yellow machines or in a kiosk. The public transport system in Katowice works with a three-zone system. Nikiszowiec is zone 1. A one-zone ticket is 3,80 zloty.

6. This city has the best vegan zapiekanka

A visit to Poland is not complete without a zapiekanka. This is the Polish version of a pizza sandwich. Perfect for lunch or as a snack on the road. Traditionally, the zapiekanka comes with cheese, mushroom, and ketchup, but we saw so many other varieties. I have a deep respect for the Polish people and their skills to eat a 50-centimeter long zapiekanka on the go without dropping the whole thing. How do they do that?! The best zapiekanka in Katowice was the one at Todojutra. This local chain has fifteen varieties on the menu, among them a vegan version. The menu is in Polish, but to help you out: the vegan version is no. 11: weganka. I tell you: the best zapiekanka in Poland!

The main question from the intro: is Katowice a dull grey city as many people tend to think it is? Even if you have not read the article and only scanned the photos, you would still come to the realization that Katowice has actually a lot to offer. This Polish city might not be as colorful as Poznan or Gdansk, but it is not grey or dull either. Kato has character, it has a story to tell. The city got a second chance and has developed into a modern city full of street art and interesting entertainment venues. In short, Katowice is not your average city trip, but if you give it a chance you will see it is a cool modern city.

Where to stay in Katowice?

How to get to Katowice? 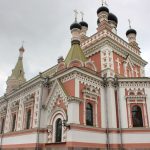 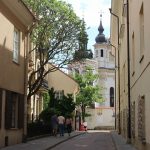 Vilnius: 7 reasons why the Lithuanian capital should be your next city trip