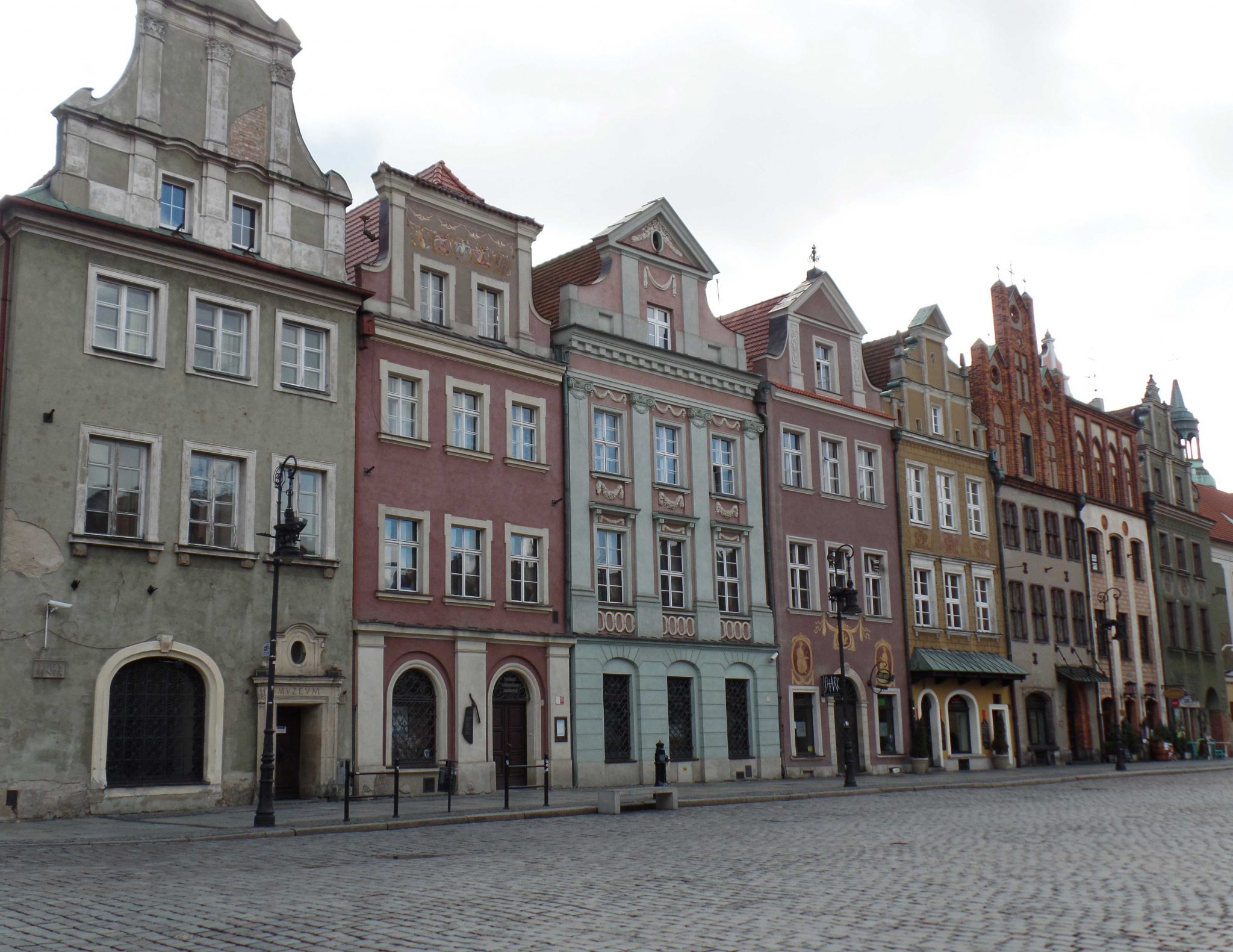 Poland has been on my radar for years. This country is blessed with so many beautiful cities that you can easily spend a couple of days in either one of them. How in the world could I confine myself to visiting only one on my weekend getaway? And which city would that be? This decision was driving me crazy. I simply could not choose and so I decided to extend our original weekend in Poland to a seven day trip. A new plan was born: a train journey along three Polish cities: Poznan, Wroclaw and Krakow. This turned out to be an excellent decision, because Poland is simply stunning.

For our route, we chose to start out small with Poznan and go from there to the bigger cities Wroclaw and Krakow. Each city has its own identity and unique features. Curious to find out what these Polish cities look like? Then keep on reading.

We started with the picturesque city of Poznan. One of the oldest cities in Poland with a history that goes all the way back to the seventh century. The old medieval centre with the Stary Rynek (Old Market) is a reminder of this long history. This market square was built in the thirteenth century and functioned for centuries as a merchant centre. Products like fish and bread were sold here under the bows of the fishermen houses. These are the colorful small houses that stand in the middle of the Stary Rynek and look a lot like a scene from the fairy tale Hansel and Gretel. Unfortunately, the Second World War had a devastating effect on the old city of Poznan. A great part of the original Stary Rynek got destroyed. Luckily in the sixties and seventies the square was quickly restored. For more photos of the Stary Rynek click here. 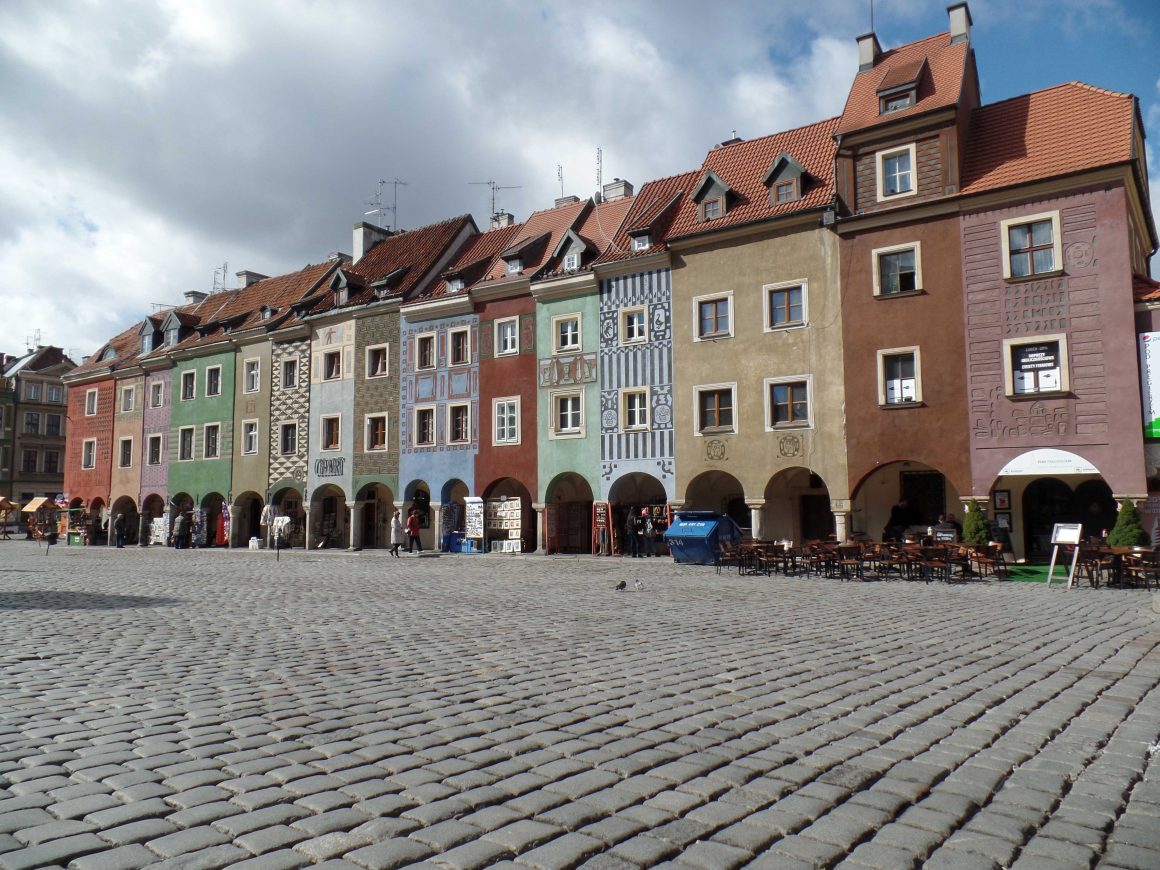 Are you interested in the more recent history of Poland, then you should go to Citadel Park. This city park was the place of one of the last battles in 1945 between the German army and the Alleys. Today you can find here two military museums that remember the years of oppression and war. In the park you will also come across a couple of tanks, cemeteries with Polish, German and Russian soldiers and one particular striking art piece consisting of dozens of iron figures. Its name is ‘The Unrecognized Ones’, referring to the fact that these figures have no head or arms. The artist didn’t reveal what its meaning is. In my mind it refers to the long suppression of the Polish people in the twentieth century. But what do you think? 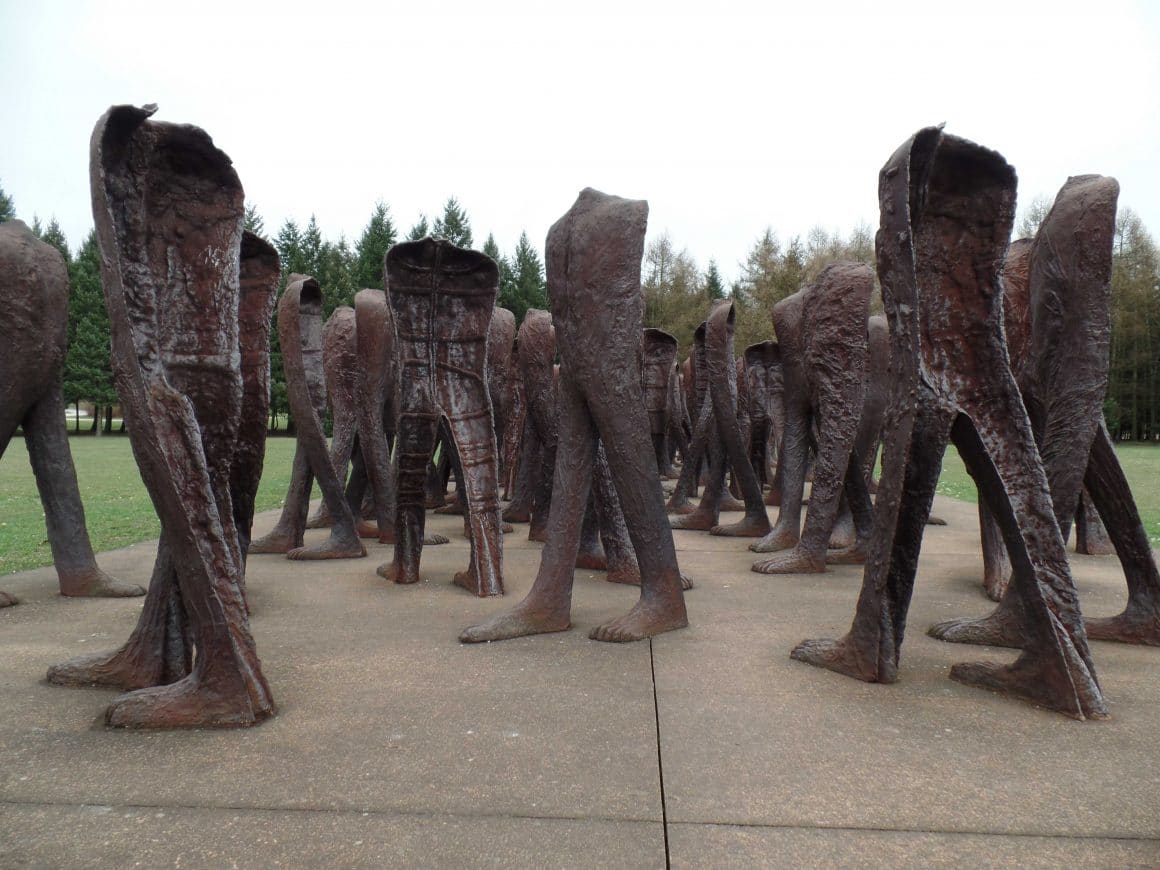 Big fun of brunches? Then you’re in the right place in Poznan. We spent a great part of our afternoons in the most charming cafes and bistros. One of those charming places is the Weranda Caffe (Świętosławska 10), a nice little bistro with an unique interior that changes every season. Interested in more charming places in Poznan, then go to my list of favorite hotspots. 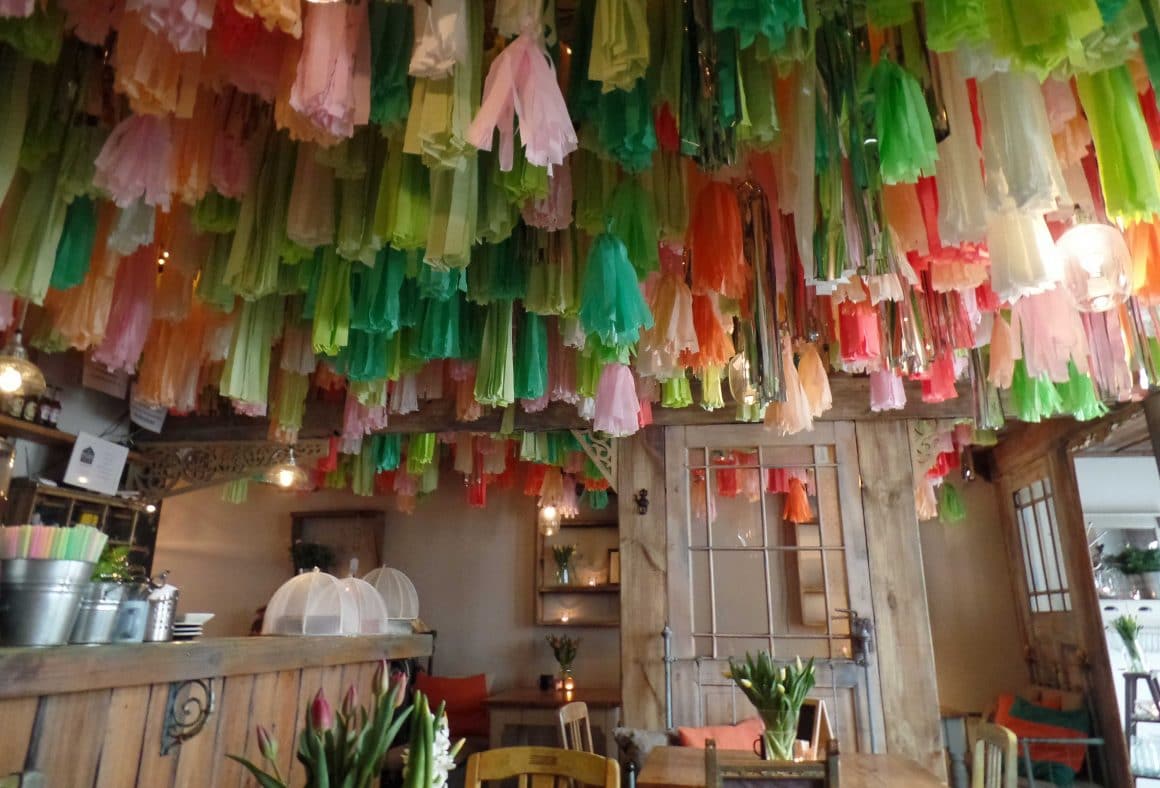 Wroclaw is the big brother of Poznan. A lot is the same, like the colorful merchant houses and the old market square (the Rynek), but everything is a bit bigger and more colorful. Wroclaw has the features of a city while Poznan is more picturesque. Then again, Wroclaw has 80.000 residents more than Poznan, so that feeling might be true. And this is something you’ll notice. There are simply more people around you, and also more tourists. They all come together at the Rynek, which is also larger than the one in Poznan. It actually is one of the largest in Poland, after the one in Krakow. Do you want to see more of the Rynek in Wroclaw, then check out my previous post on it.

In Wroclaw you will come across some striking public art pieces. I’ve written before about the city gnomes, but there’s also another striking piece of art. On the intersection between Pilsudskiego and Swiednicka you will find the ‘Anonymous Pedestrians’, a reference to the martial law of 1981. The fourteen men and women are a symbol for the hundreds of citizens that got arrested and disappeared during the nights of martial law. 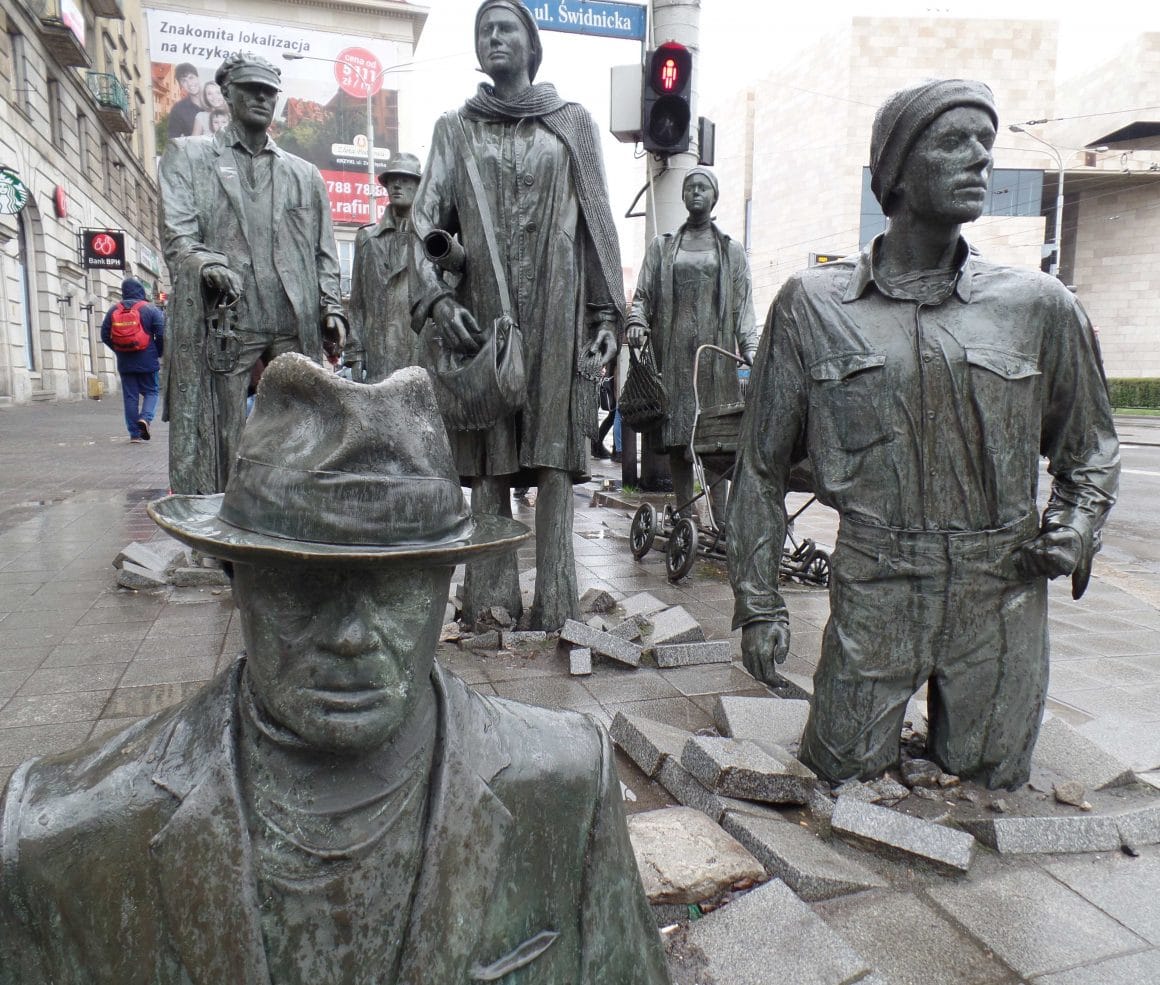 At night Wroclaw comes alive. Around the Rynek you will see several signs guiding you to the underground ‘bierhalle’. These are little breweries that offer dozens of beer flavors. From a caramel beer to a dark bock beer, you can find it all here. My personal favorite was Spitz Brewery (Rynek Ratusz 2), right in the middle of the square. And are you in for something sweet? Then go to Coctailbar Witaminka (Rynek 52). The interior is a bit boring, but the windows are full with sweet ice flavors. 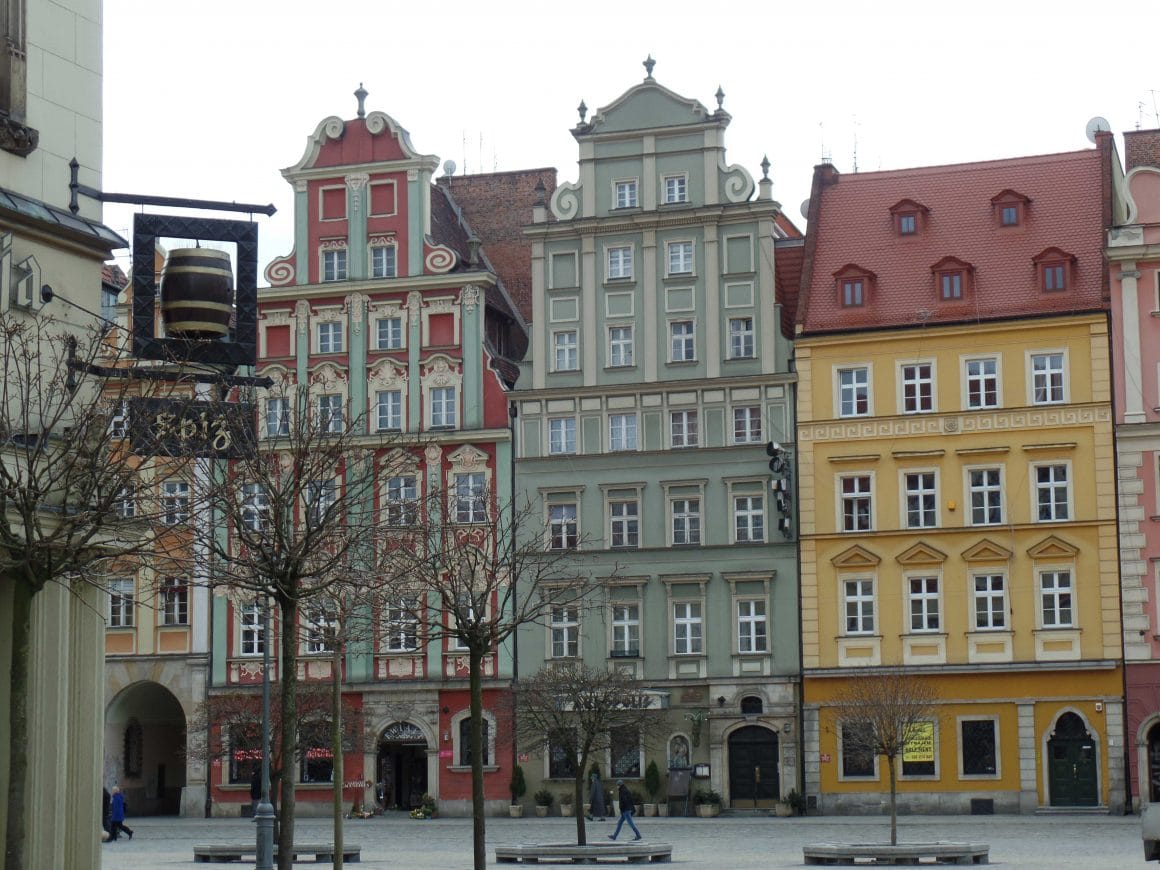 We saved the best for last: the old merchant city Krakow. A beautiful city that is well known under the budget travelers. It offers plenty of (cheap) things to do and to see. Of course Krakow has its own market square (Rynek Glowny), but it has more. Take for instance the old market-hall (‘Lakenhal), a medieval defensive tower and a royal castle. This last structure has a panoramic location on top of the Hill of Wawel and offers a fantastic view over the city. Curious to find out more about the Castle of Wawel and other sights, then go to my previous post on Krakow. 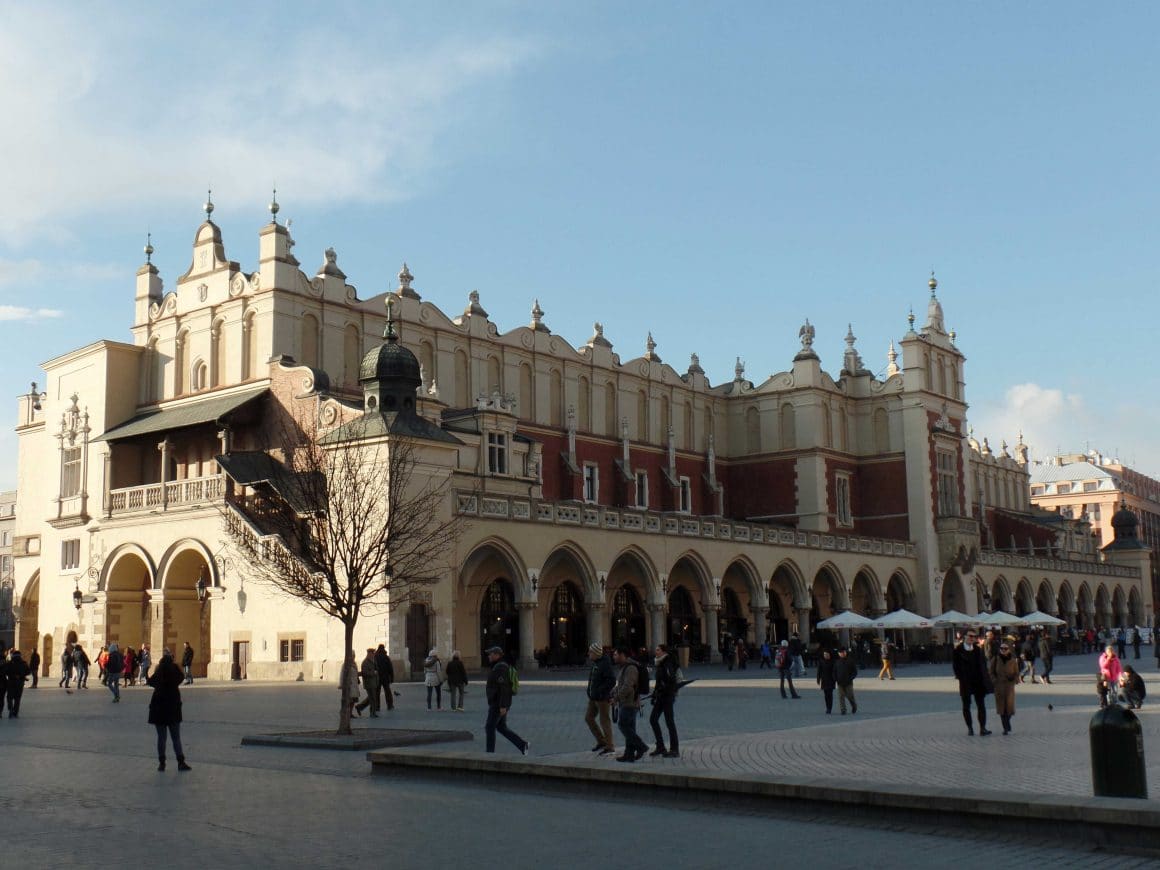 Krakow is a city with a long history. Not only the sights tell you a story, but also some cafes have a pretty long history. Take for instance the Café Camelot (ul. Tomasza 17). This used to be a fancy brothel, then became briefly a film set and now it’s charming little cafe. The old-fashioned interior with the pink walls, the old pictures and the cracking wooden floors gives this place a historical feeling. 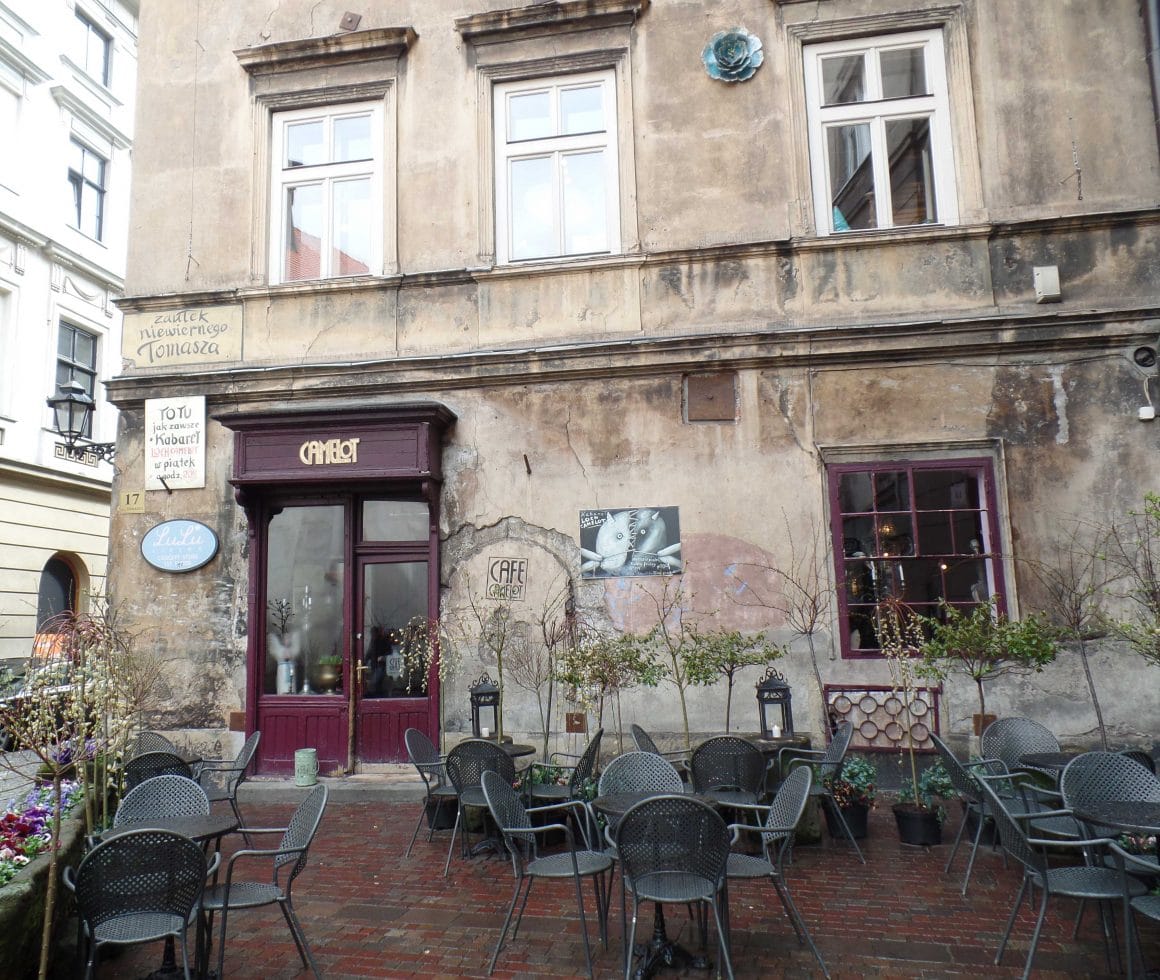 And that was the end of my seven day trip through Poland. This country has definitely measured up to my expectations. It has beautiful cities, a nice atmosphere and lovely people. Defintely worth stretching out my original weekend getaway for. I loved every second being there, and I hope I’ll return soon.

Have you ever been to Poland? 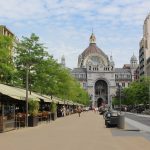 One day in Antwerp: what to see and do? 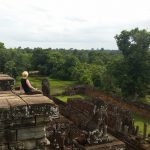