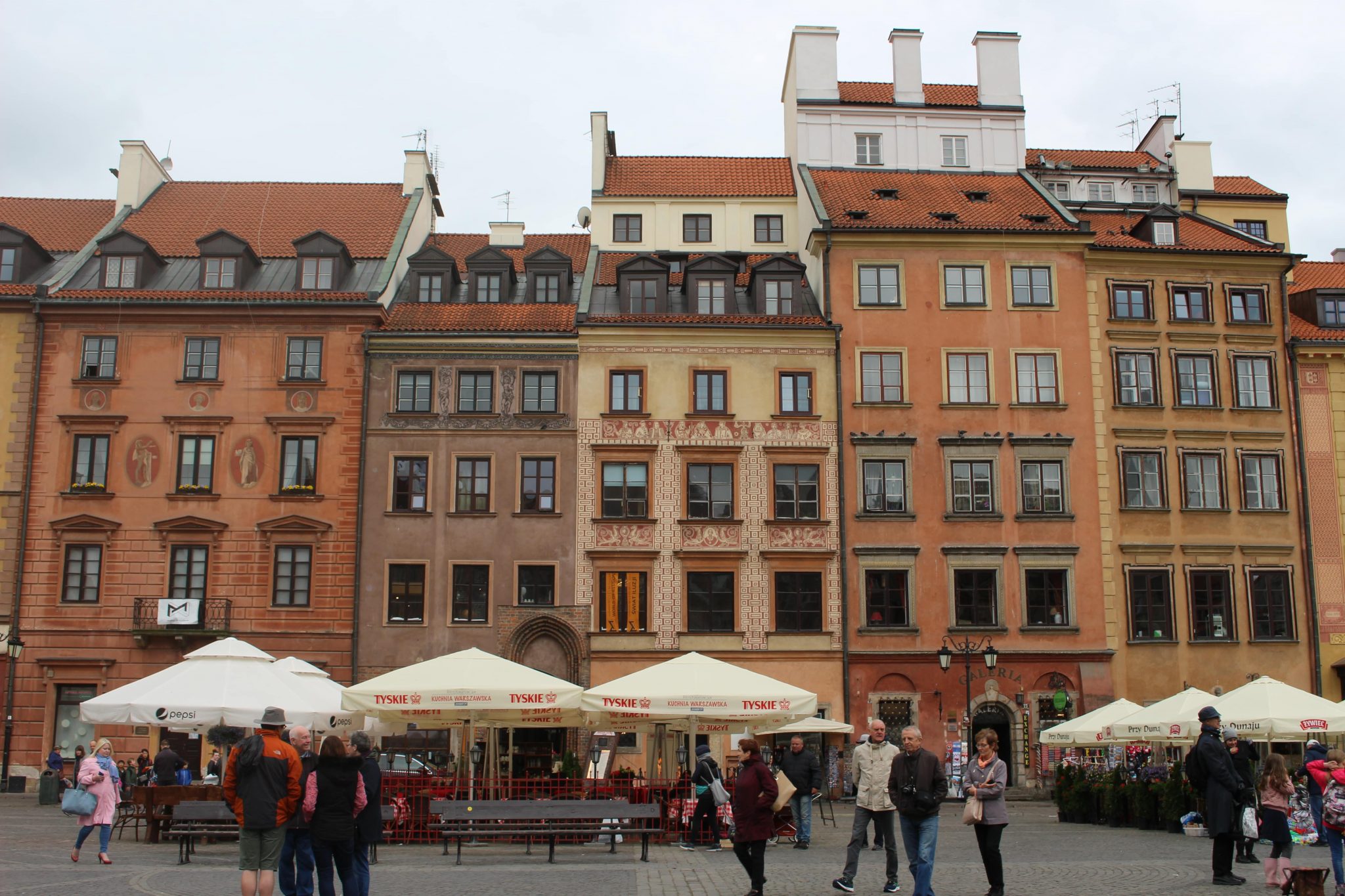 Things to do in Warsaw: 6x tips for the Polish capital

Poland is a great travel destination, but I never thought about visiting the capital of this country. I found other Polish cities more interesting. Gdansk? Yes, because of the colorful buildings. Krakow? Yes, because it is a beautiful historic city. Lódz? Yes, because it has a lot of street art. But Warsaw? No, that sounded boring. On my third trip to Poland – during our long overland journey from the Netherlands to Indonesia – I decided to include Warsaw in the itinerary.  All buses and trains ran through Warsaw anyway. Moreover, I wanted to give the capital a chance. Maybe I was missing out on something? And as it turns out: I was, because Warsaw is great! A beautiful ‘old’ town, great museums, and a neighborhood full of vegan cafes. This city won me over! In this article I am sharing 6 things to do during a city trip to Warsaw.

6 things to do in Warsaw

1. Check out the wedding cake of Warsaw

A visit to the Palace of Culture and Science is the number one thing to do in Warsaw. For travelers who have been to Moscow: the architecture style might look familiar. It is designed in the characteristic Stalinist ‘wedding cake style’. In Moscow you will find seven of these structures, also known as the Seven Sisters. Why is it called wedding cake architecture? Well, the building looks a lot like a wedding cake, doesn’t it? There were rumors that the Palace would be demolished. The building was a gift of Joseph Stalin to bombed Warsaw of the 1950s and was therefore a constant reminder of the dark times of the Soviet Union. Fortunately, the demolition did not continue. After all, this building is part of Warsaw’s history.

A couple of interesting facts about the Palace of Culture and Science: it is one of the tallest buildings in Poland, the building has more than 100 toilets and there is an army of cats running around in the basement chasing rats. Moreover, there is an observation platform on the 30th  floor (ticket = 20 zloty, 2019), where you have an awesome view have over the city. Make sure to come back in the evening as well, because the building will be nicely lit up in purple.

2. Take tons of photos of the Stare Miasto

Time to visit the most beautiful part of Warsaw: the Stare Miasto, which translates to Old Town. The name is not so accurate anymore, because Warsaw was bombed in World War II. So there is little left of the old town. But from what I saw, they did a great job in reconstructing the old town and making it look ‘old’. Here are a couple of sights you should not miss during a tour in Stare Miasto:

3. Budget things to do in Warsaw: free museums

Normally I don’t go to museums during a city trip, but in Warsaw, the museums are one of the best tourist attractions in the city. And if you schedule your museum visit on the right day, you can enter for free. I highly recommend visiting these museums:

So this is something I did not know in advance, but Warsaw has a huge vegan food district. According to the website Happy Cow, Warsaw has more than 50 vegan cafes and restaurants. Most of them can be found in the neighborhood of Srodmiescie Poludniowe. It is impossible to get bored eating out in Warsaw because you can eat anything you want. Pizza, tacos, burgers, sushi, cake, and more. Everything is vegan! I mean, where do you find this?! And because I only found out about this during my visit – I blame my low expectations for Warsaw – I was completely blown away. Must eats are the Make-Your-Own burgers at Krowarzywa, hummus, and falafel at Mango Street Food and tacos at Momencik.

5. Go up to the roof of the University Library

During our city trip we also visited the library of the University of Warsaw. I hear you thinking: why would a tourist visit a university library? Well, my friend, the university library is Warsaw is quite special. It has one of the largest roof gardens in Europe. The building itself almost seems to have been taken over by plants, leaves, and bushes. It kind of looks like a modern version of the ancient overgrown temples of the Angkor Wat in Cambodia. From the roof garden, you have a stunning view of the city. Warsaw is a rather green city with many urban parks and gardens.

6. For next time: street art in Praga

This is a thing to do for my next time in Warsaw. I love street art and Warsaw has good street art. There is a great mural with a soldier theme on ul. Sienna 45. Unfortunately, we did not have the energy for a street art hunt in Warsaw. We visited Warsaw after Katowice and Lódz, cities where we had walked for hours to find the best street art. My legs were so tired! Moreover, it rained during our days in Warsaw. Next time I am in Warsaw, I want to go to the Praga district for a proper street art hunt. I have seen some great photos of this creative area.

Location: to get to the Praga district take metro M2 to Dworzec Wileński.

So, is your Warsaw on your radar? What are your favorite things to do in Warsaw? 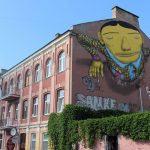 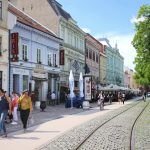 Slovakia: 7 reasons to fall in love with Kosice