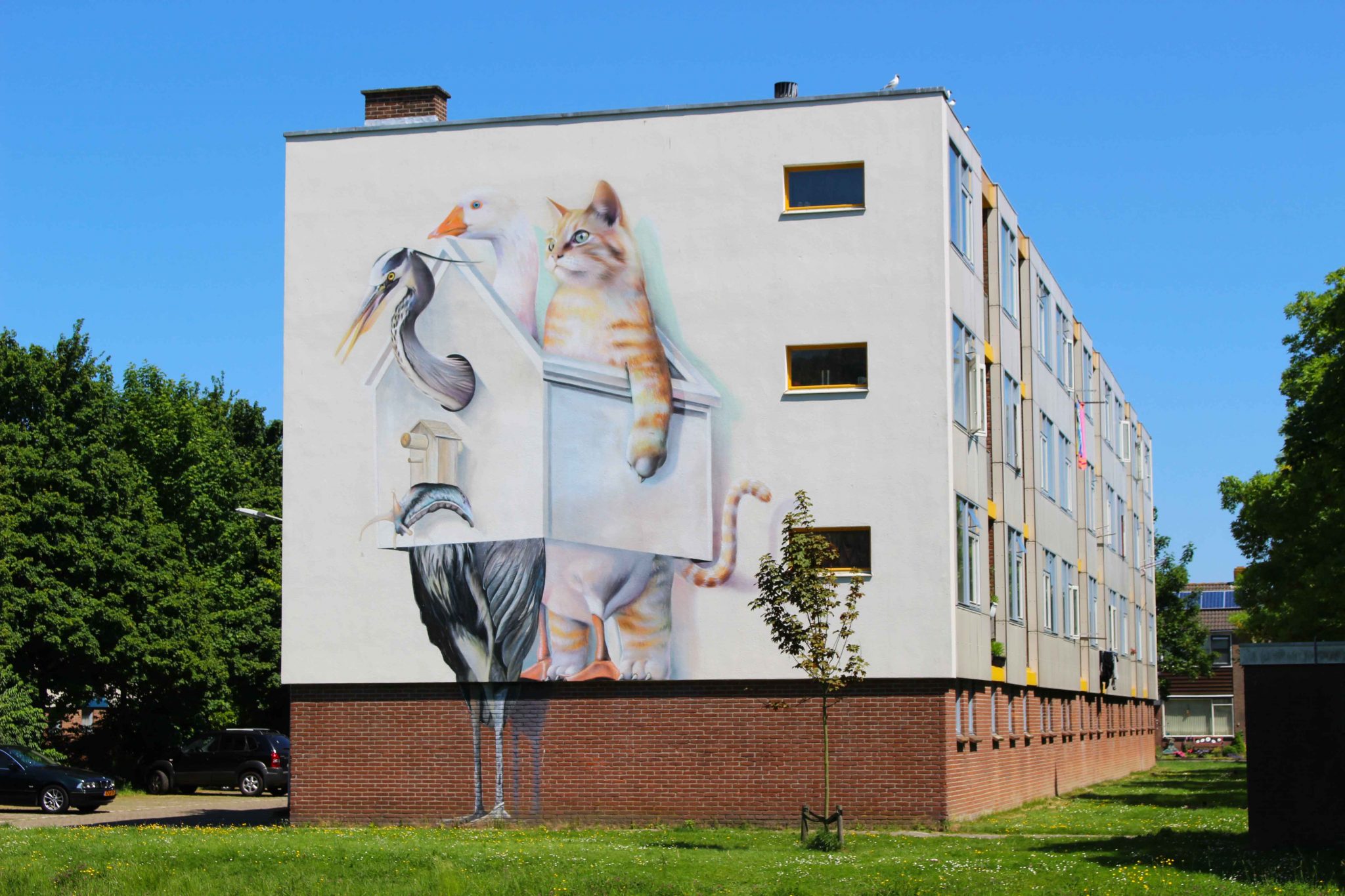 A day trip to Goes: 5 tips for this city in Zeeland

The summer is the perfect time to go on day trip in my own country, the Netherlands. But when you think of a day trip in the Netherlands, you automatically will think of Amsterdam, Maastricht or Utrecht. The popular city breaks. But you will probably not be thinking of the Zealandic city Goes. Goes was a destination that was high on my list to visit this year. There was one reason for this: street art! I am a huge street art fan and when I’m abroad I am always looking for decent street art. Also in the Netherlands I continue looking. This is the reason I visited the city of Heerlen a few years back, the street art city of the Dutch southern province of Limburg. And this time I traveled to Zealand (in Dutch: Zeeland), a province in the south west. I actually had no idea if Goes was an interesting city besides the street art. So my expectations for the rest of the city weren’t that high. Still, I was pleasantly surprised: Goes had a picturesque city center, houses with charming step-roofs, cool hotspots; what’s not to like? In this article I will give you my 5 tips for a day trip to Goes.

1. Street art: lots of animals on the wall

Of course, I will start this list with street art, the reason I visited Goes. Thanks to the international street art festival in 2015 Goes discovered street art. During this event 10 walls were filled with various pieces. Symbol of the festival was the wall painting of a pigeon at the Oostsingel by the local artist Stefan Thelen. Today you can see 12 street art pieces in and around the city. During my stroll through the city I quickly noticed that a lot of the works had an animal theme. I saw a goose, a cat and two pigeons. I don’t know if this is coincidence or if there is a reason for this. 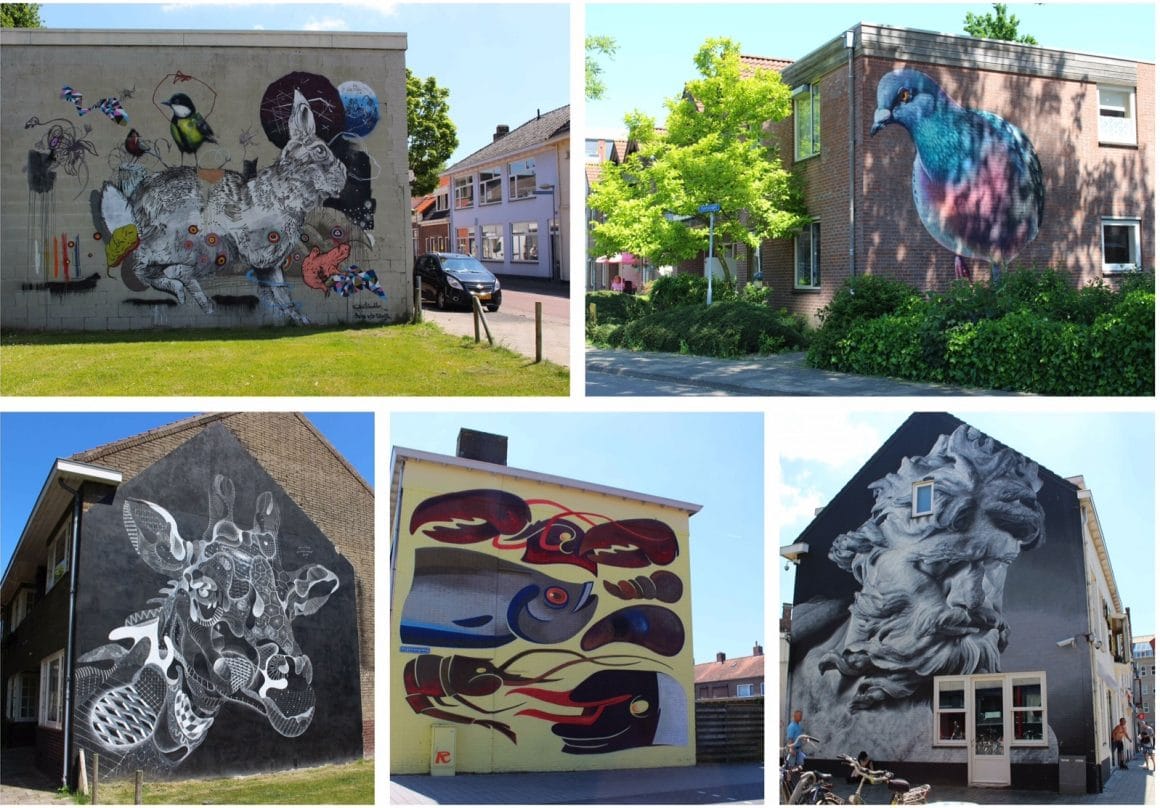 2. Strolling in the star of Goes

Like I said, my expectations of Goes weren’t too high. Still, I was pleasantly surprised when I entered the city centre. This historical center is characterized by short streets and alleys. It’s one short street after the other. This street pattern is a left-over from the sixteenth century when Goes was a thriving merchant city. The heart of the city of the ‘Grote Markt’ (Big Market), marked by city hall and the ‘Grote Magdalenakerk’ (Big Magdalena Church). Goes has a long history. It originates from the tenth century and it grew from a small village to an actively medieval fortified city. The latter you could still recognize by the star-shaped city centre. Many of the fortified city has a star-shaped fortification. The second world war and the flood disaster of 1953 almost didn’t affect Goes and that’s why the historical city center is still intact. 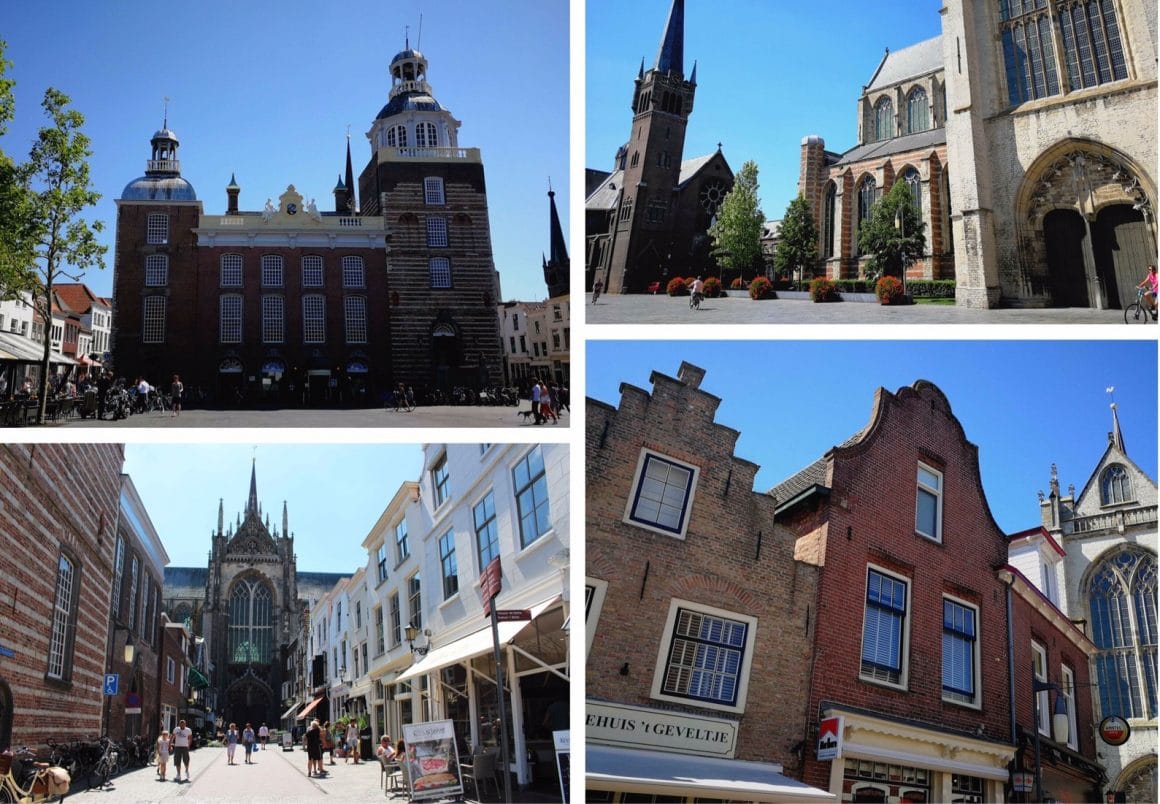 Are you at the ‘Grote Markt’ and is your tummy rumbling? Then I recommend going for lunch to the Amadore cafe ‘Het Postkantoor’ (the post office), one of the most trendy places of Goes. This café is a nineteenth century post office and is now turned into a trendy café. I really liked the interior of this place: industrial and lots of details. I only missed the references to the old post office. Maybe I missed it though.

4. Papegaaistraat: the best backstreet of Goes

Goes is known as the shopping city of the province of Zealand. In the streets behind the Grote Markt there are nearly 300 shops ranging from big brands to small boutique shops. My favorite backstreet was the Papegaaistraat (Parrot street), a small alley that was decorated with birdcages with fake parrots. In this street there are several small  shops and boutique shops. This street is also voted as the most fun street of Goes and it even has its own Facebook page! 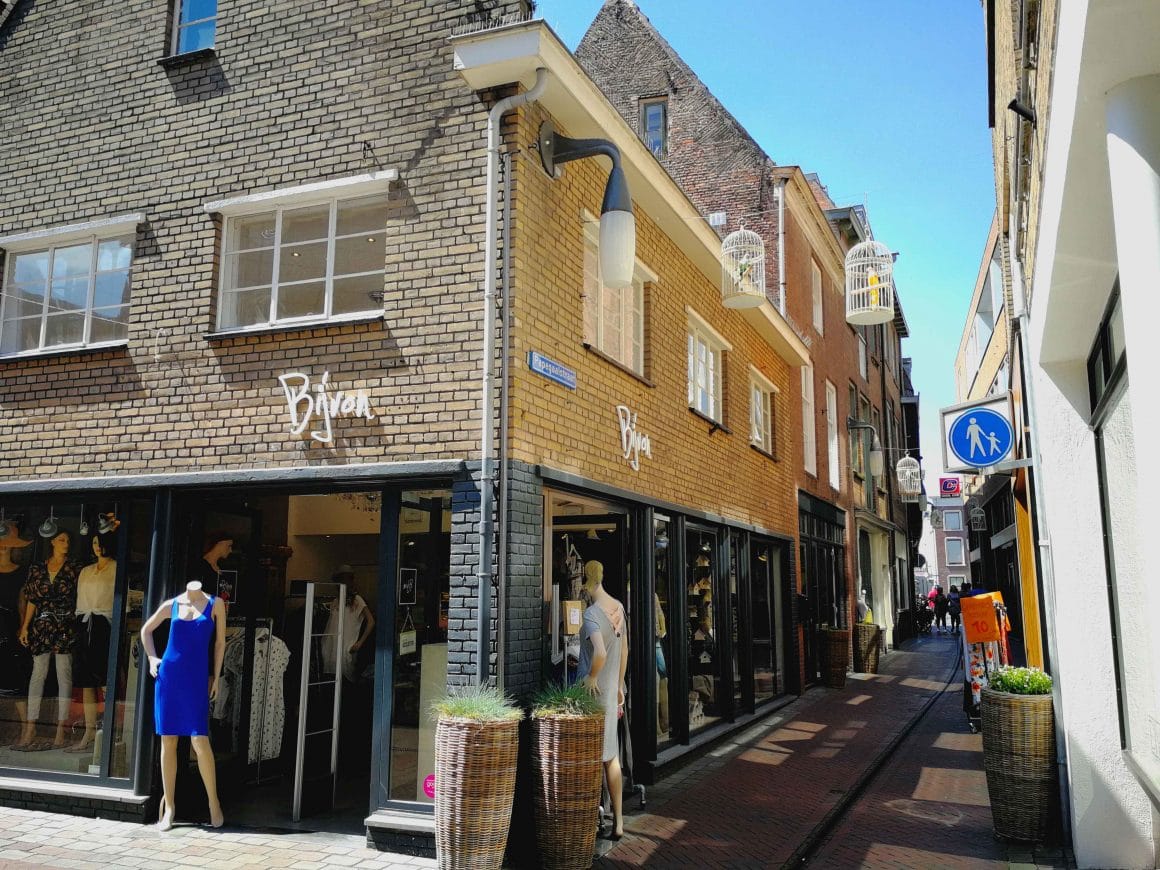 5. South Goes: the neighborhood of the murals

Have you seen enough of the historical center and you have some time to left? Go across the train tracks and visit South Goes. At first glance, this neighborhood is just an ordinary residential area with three tall flats. But if you pay closer attention you will see that these flats have huge murals on the side. Again the animals are represented. There is a mural of a pigeon, a duck and a cat. But the true highlight of the area is the piece of Hendrik Beikirch: a beautiful black and white portrait of a everyday man. Loved seeing this! 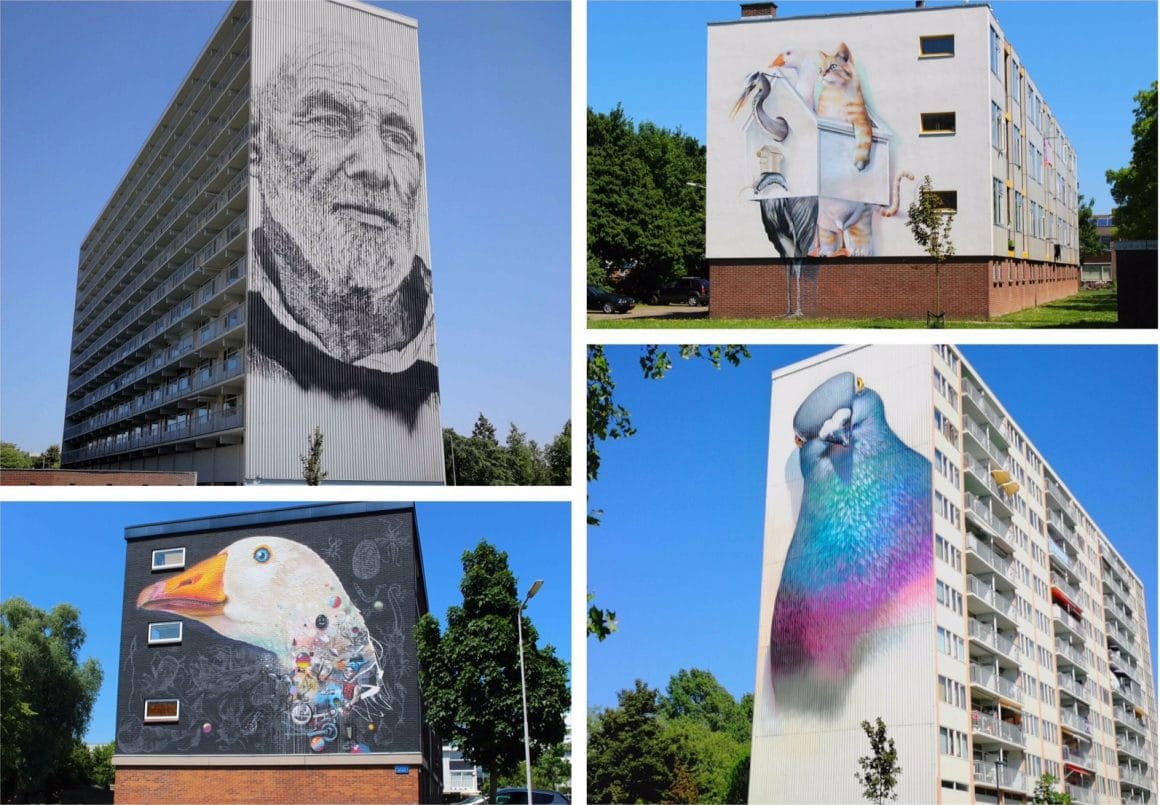 Spotting street with this map

In my preparations for Goes I couldn’t find much online about the locations of the wall paintings. The website (Mural Goes) is not working anymore and all the information dated from 2015. That’s why I have made a little map with the locations in Goes I visited for the murals and wall paintings. A gift to you to easily explore the street art of Goes.

Do you want to visit the smaller cities of Netherlands? 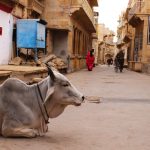 Golden desert city Jaisalmer: the good, the bad and the ugly 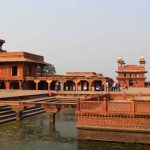 From Jaipur to Agra: the abandoned city Fatehpur Sikri