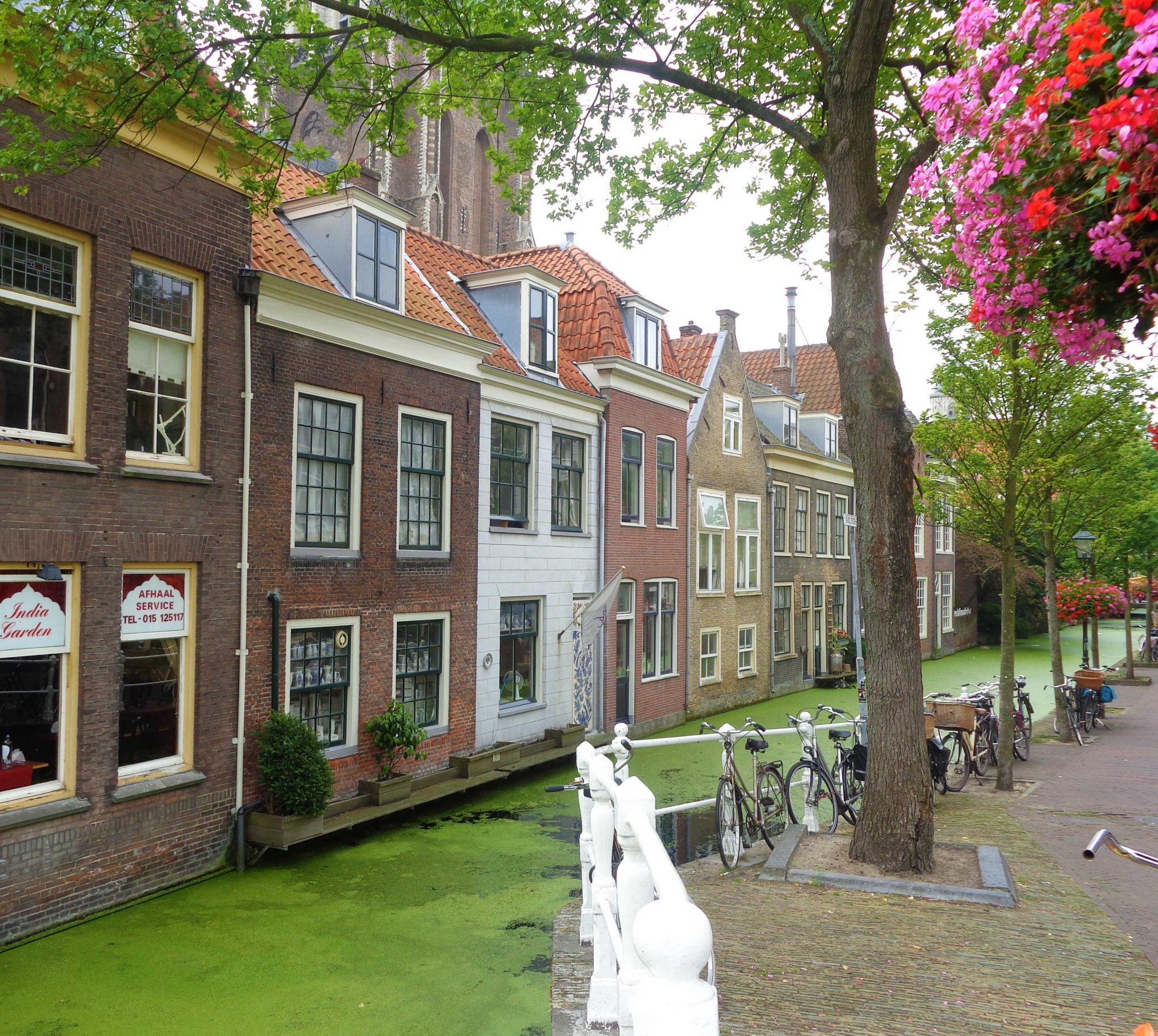 Last weekend I was being a tourist in my own country. The Dutch seem to forget sometimes that they are living a beautiful country with some important historical cities. Of course we all know Amsterdam, Utrecht and Leiden, but the Netherlands has so much more to offer. What about Delft? Known for it blue Delftware and the Dutch cheese, but I think there’s more to see. Delft is also characterised for its picturesque streets surrounded by canals. One bridge after the other, one monumental sight after the other. Houses in all sorts of colors and shapes, alternated by squares and courtyards. Take a look at my wanders through Delft. 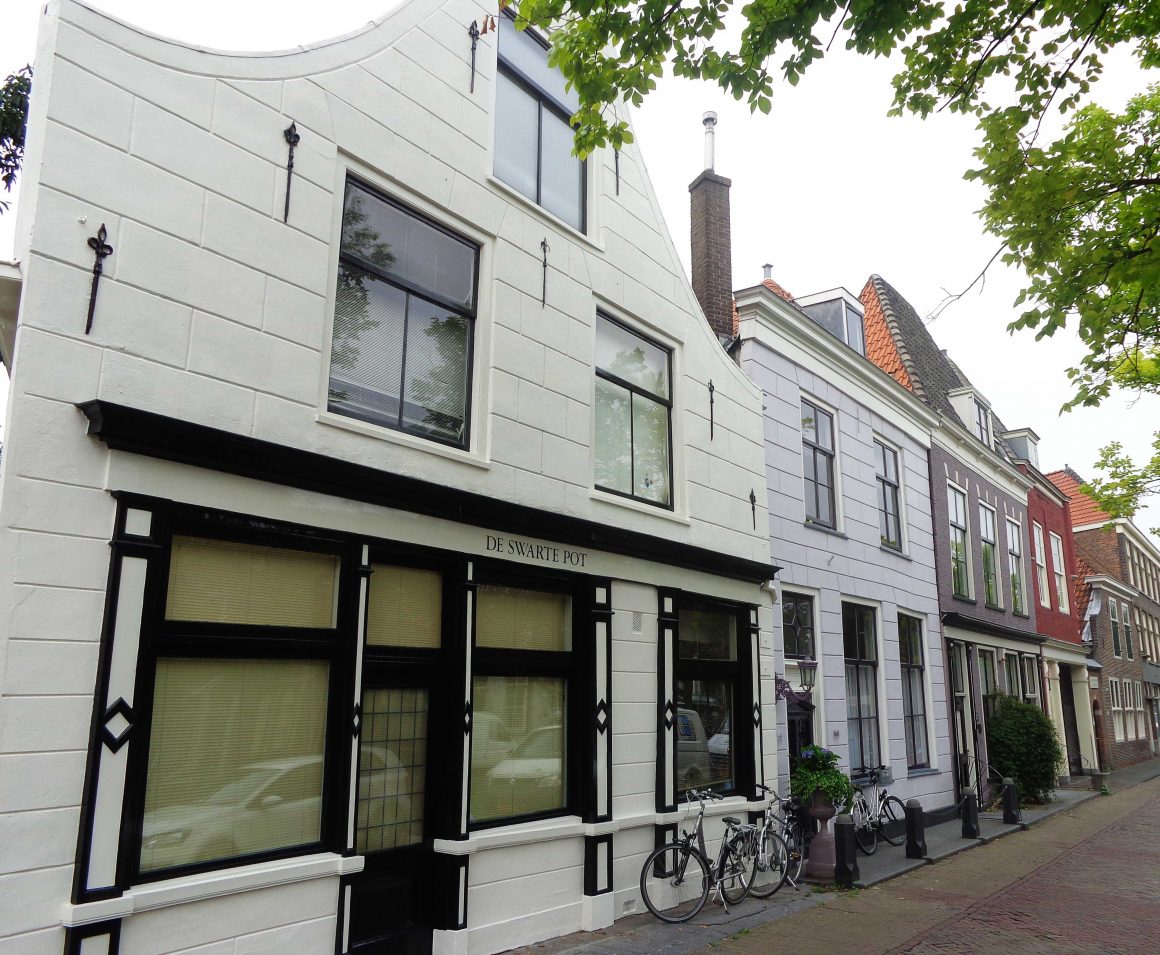 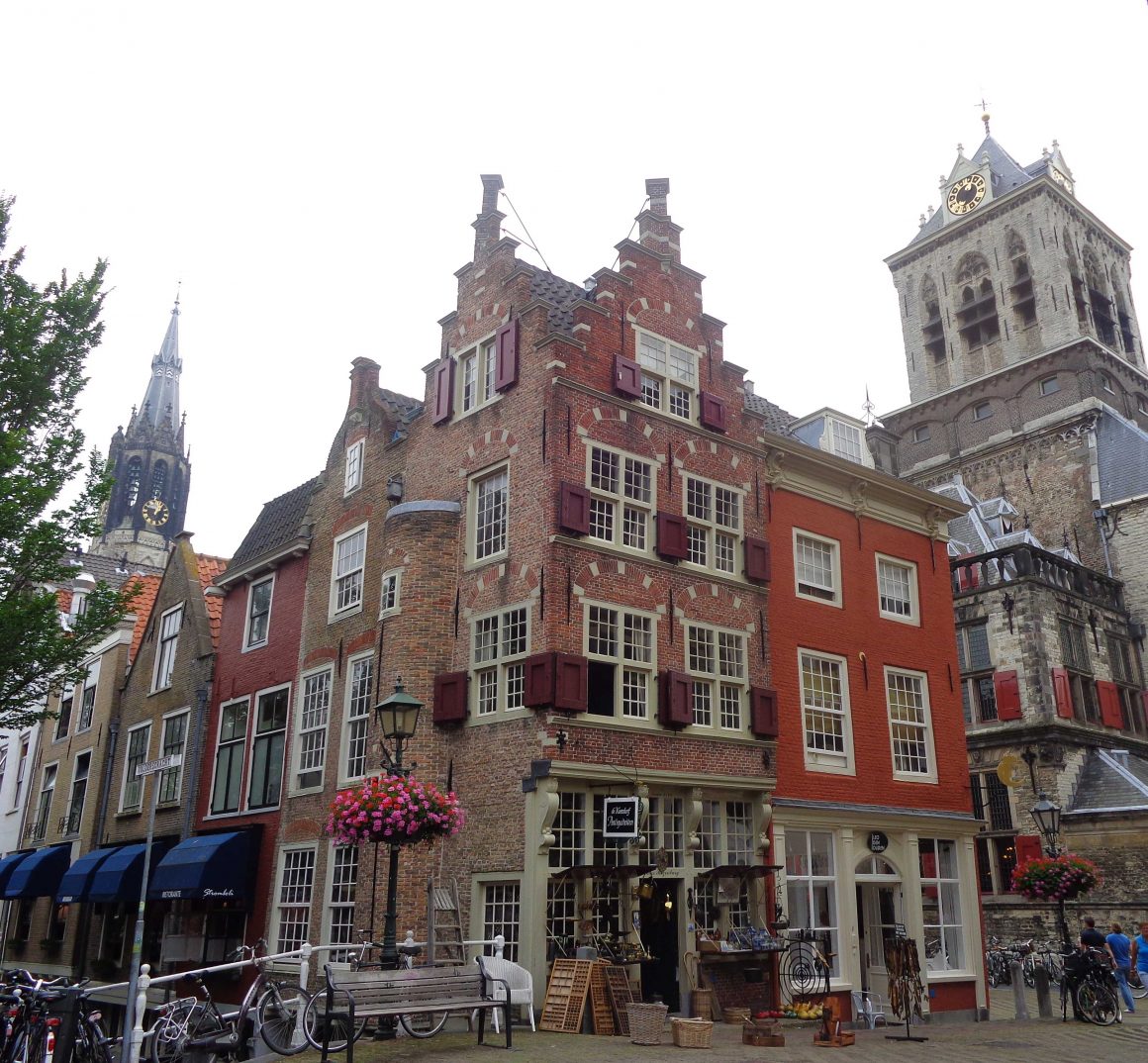 Slowly I wander through the alleys and over the bridges as I make my way to the Market square of Delft.  Immediately my eyes are drawn  to the red shutters of the City Hall. An iconic building with a symmetrical look. If you cut the building right through the middle, you’ll get two identical parts. The City Hall originates from the 17th century, but it has a 13th century core, also known as ‘The Stone’. This part was used as a prison. Inside City Hall you can still  see the notorious torture devices. 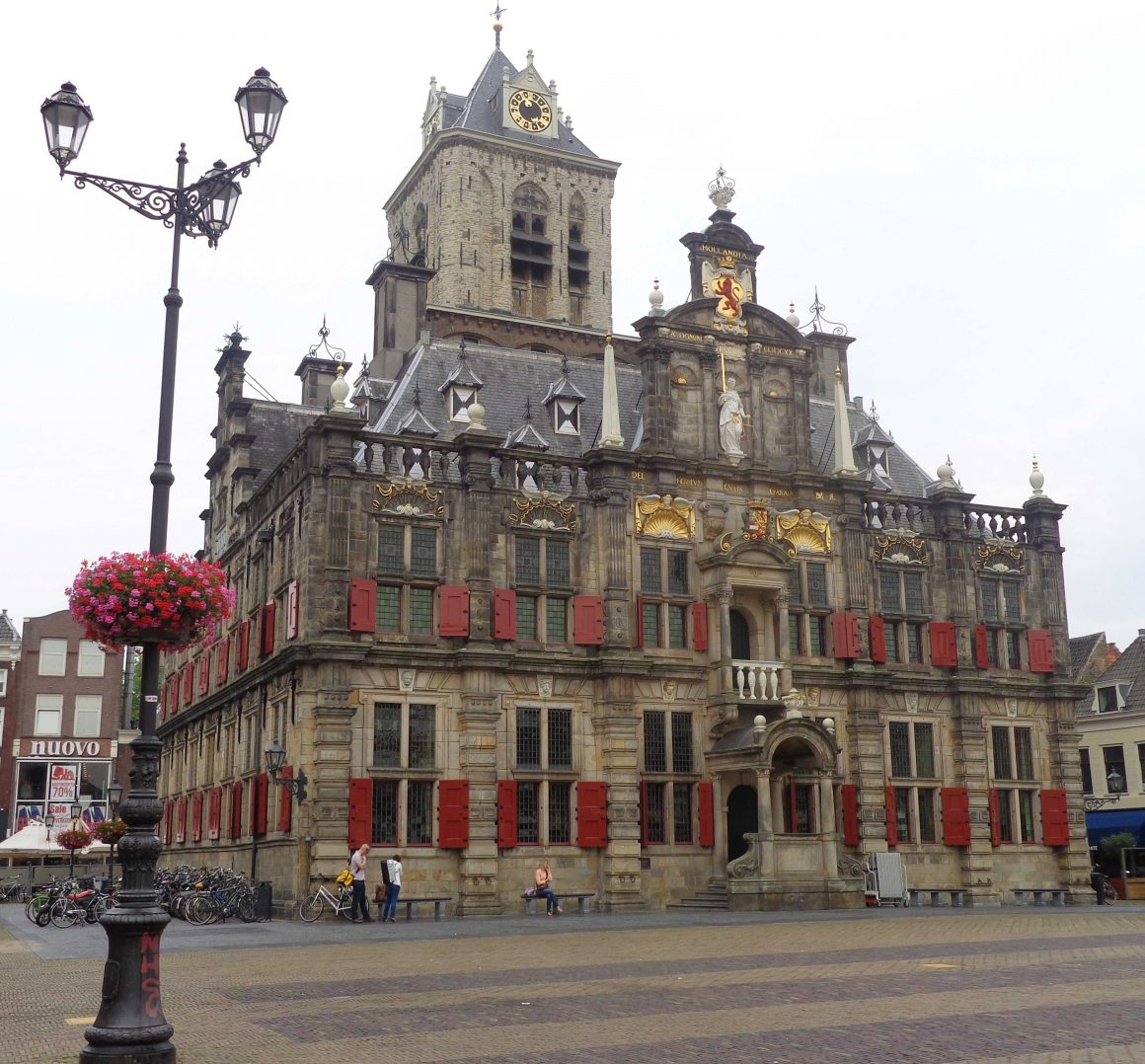 The Market is surrounded by monumental buildings, each building has its own shape and size. From left to right you see pointy roofs, yellow sheds, red brick walls and playful circular shapes. Historical names like ‘Waag’, ‘Maen’ and Kaerskorf’ shine on the wall.

I decide to cross the Market and walk along the New Church. As I make my way to the back of the church, I find myself standing in a narrow street with the most picturesque buildings. White, red, black and brick colors, every building is unique. It feels like I’m walking in Bruges, but I’m really standing in the Netherlands. When I cross the arch bridge I come across a serie of narrow houses, each with their own story. Take for instance the ‘Beiaardschool’, a 17th century building where the bellringers could educate themselves. 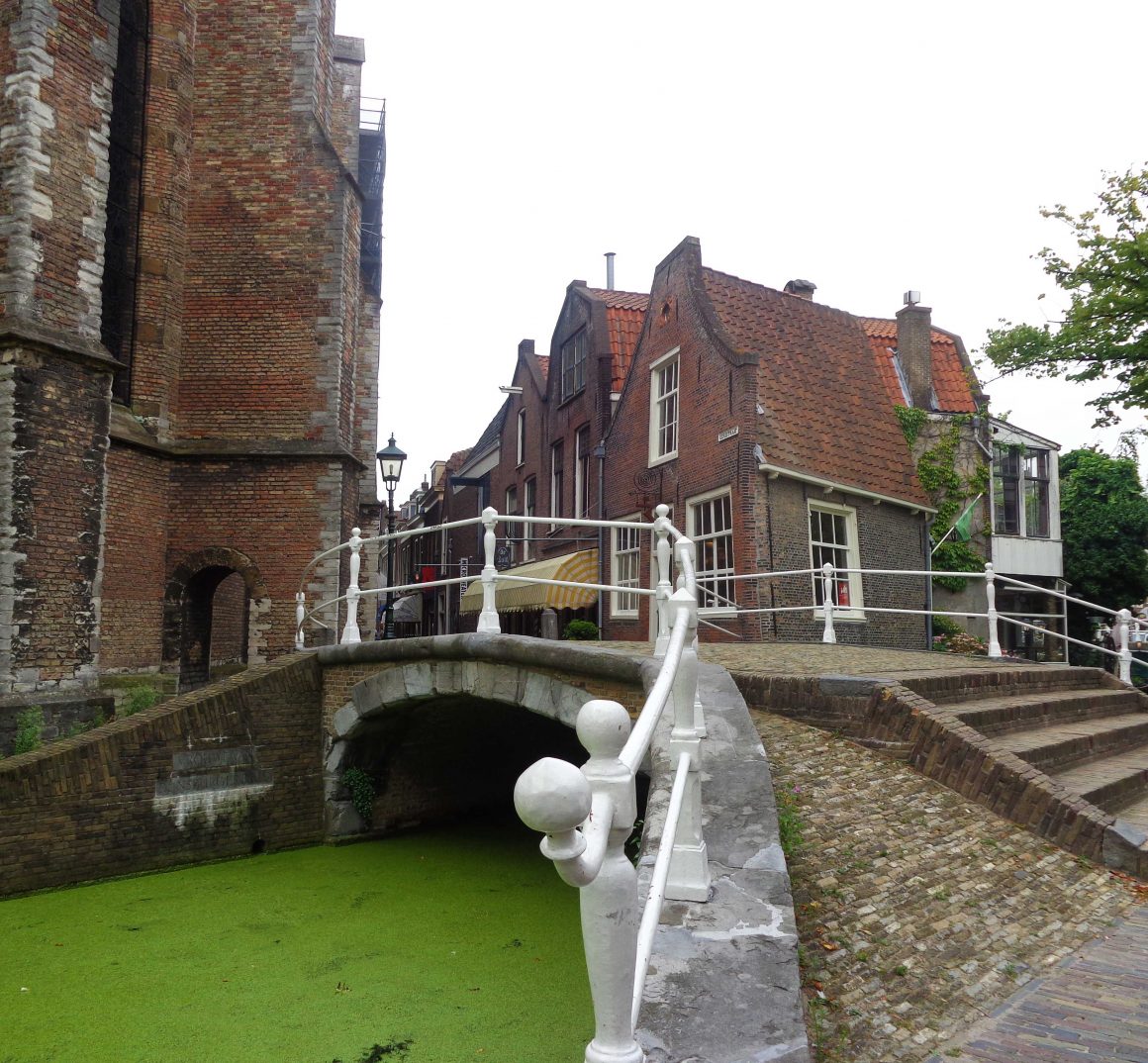 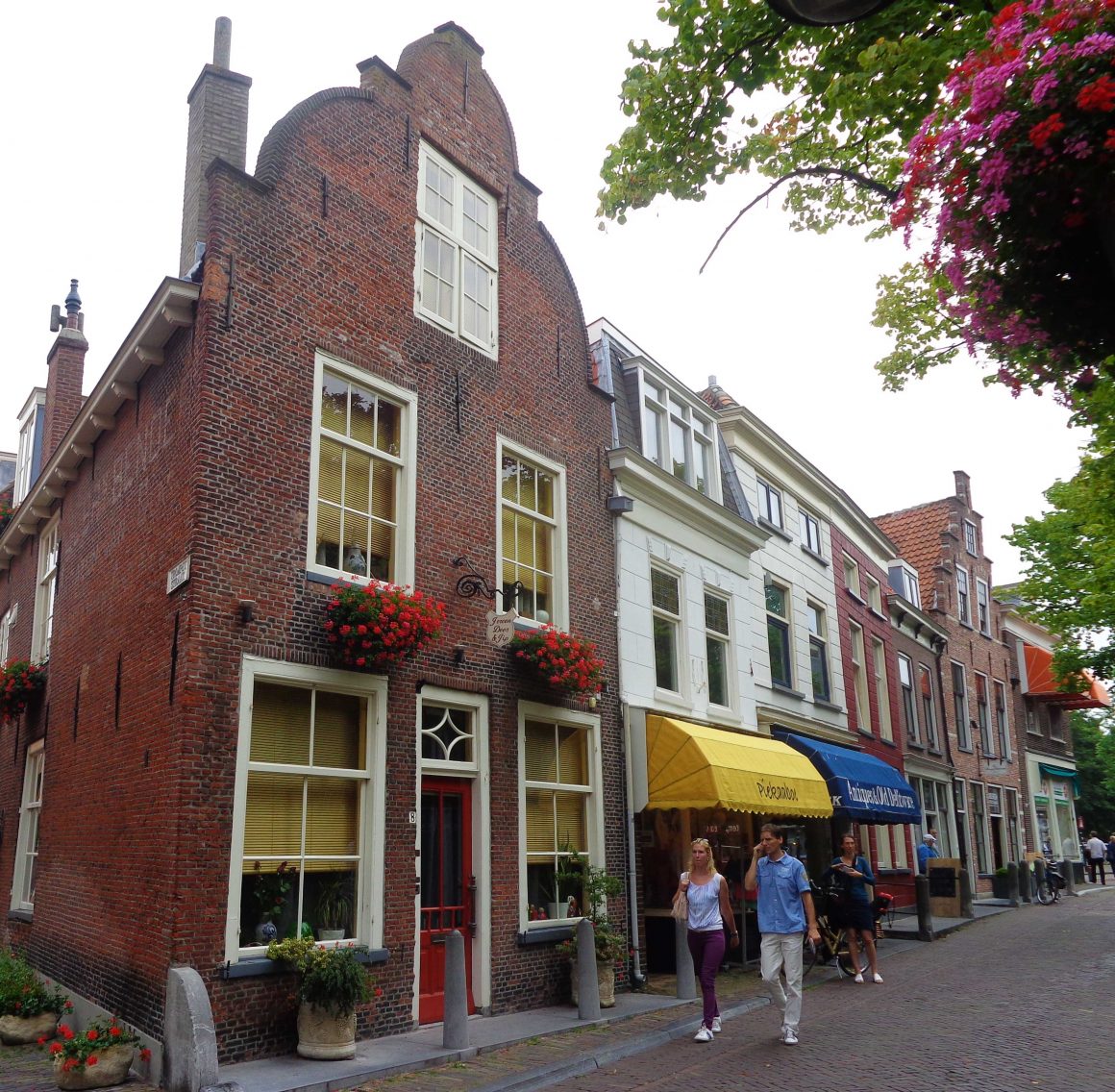 Near the Market you can find the ‘Oude Langendijk’. A long street with a small canal on the left side. Bordering the canal are impressive monumental buildings, each consisting of four stories. I wonder what the current function is of the door of the bottom storey. Back in the days this was probably used to dump garbage, but nowadays these are just false doors, or even dangerous doors. Stepping out this door, means falling into the water. 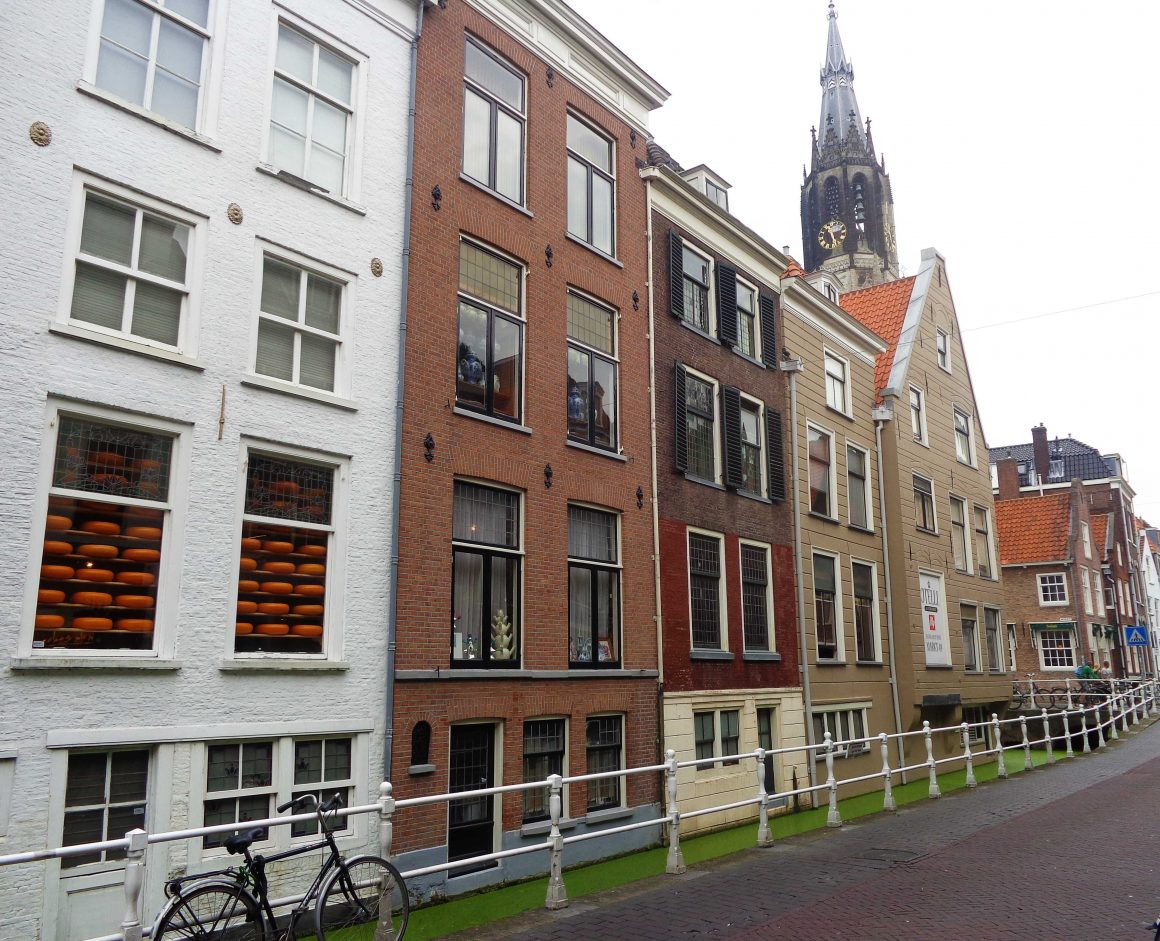 I continue my way along the water and make my way from the ‘Wijnhaven’ to the ‘Lange Geer’. Meanwhile I wonder where the name ‘Wijnhaven’ (Wine Heaven) comes from. There must be a funny story to it. Then my attention is drawn to the white building on the edge of an island. This is the Army Museum, or actually, the former Army Museum, because it’s for sale. This remarkable structure used to be an armoury in the 17th century. 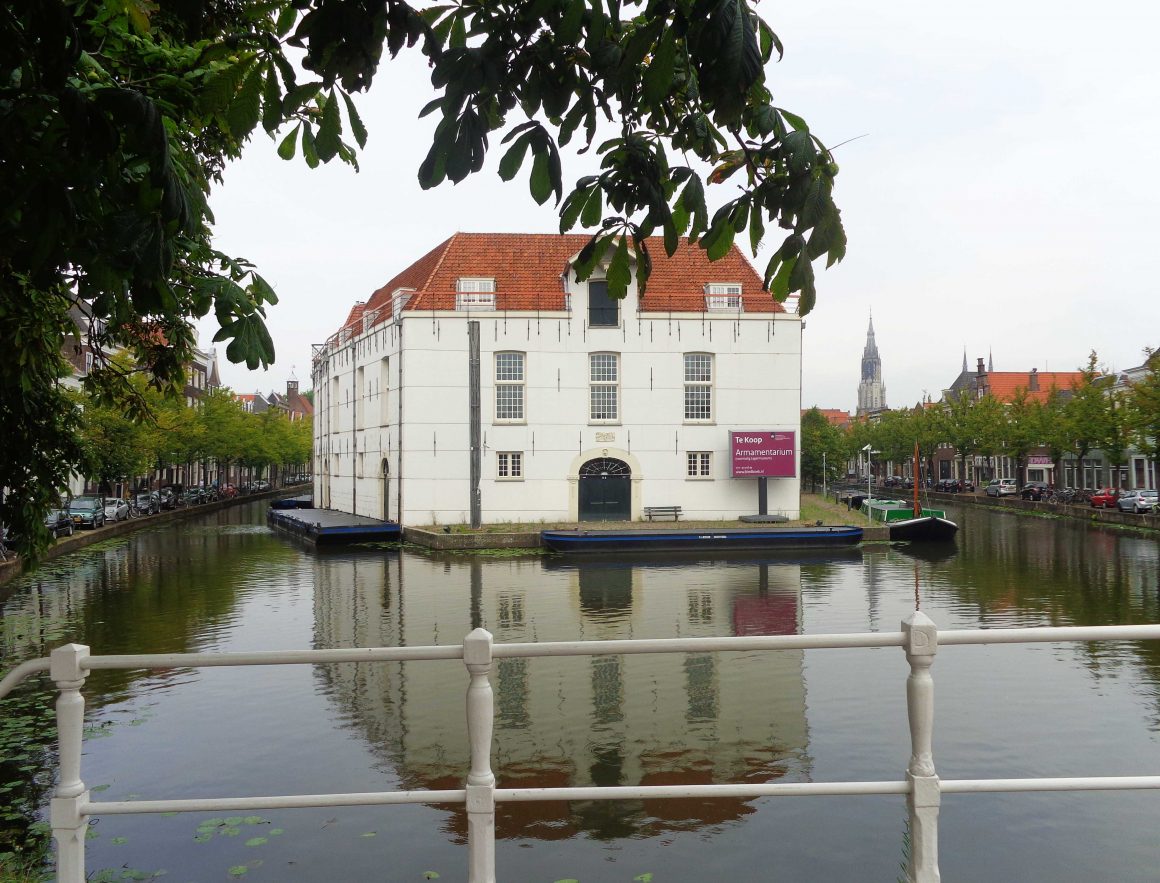 I end my walk at a place where the city of Delft used to begin: at the ‘Oostpoort’, the only surviving town gate of Delft. Delft used to have eight town gates. This probably had something to do with the presence of Willem I, prince of Orange, who lived in Delft. The two towers of the ‘Oostpoort’ prominently rise into the air. It’s a beautiful view across the water.  At the backside of the gate, I found out that there is a tiny appartment. Enviously, I imagine myself what it would be like living here… 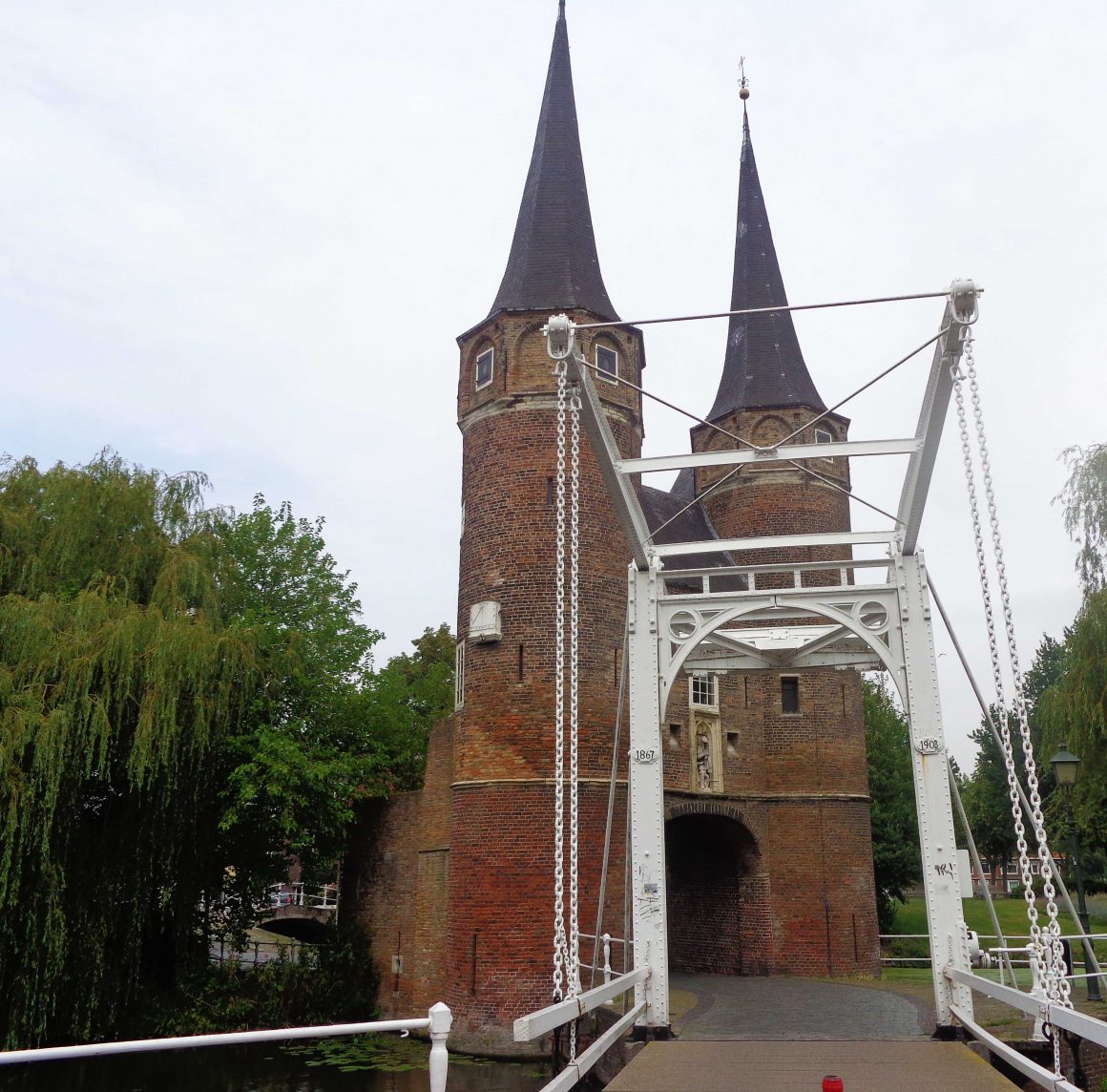 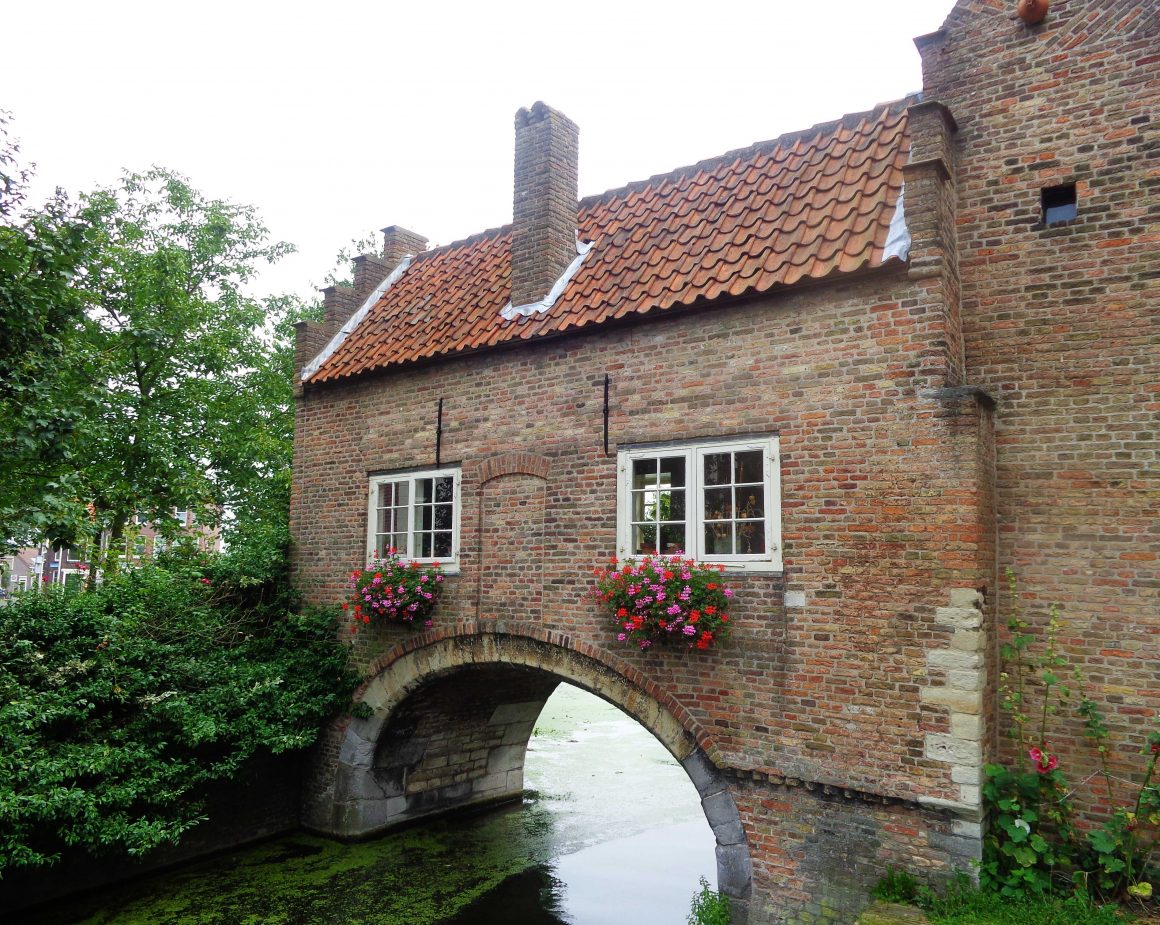 My adventure through picturesque Delft came to an end. And I can truly say that Delft is a beautiful historic city in the Netherlands.

What do you think of Delft? 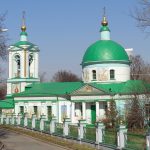 In pictures: this is how colorful Russia is! 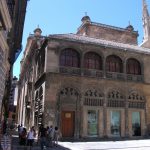 Granada, a city with Spanish and Moorish influences