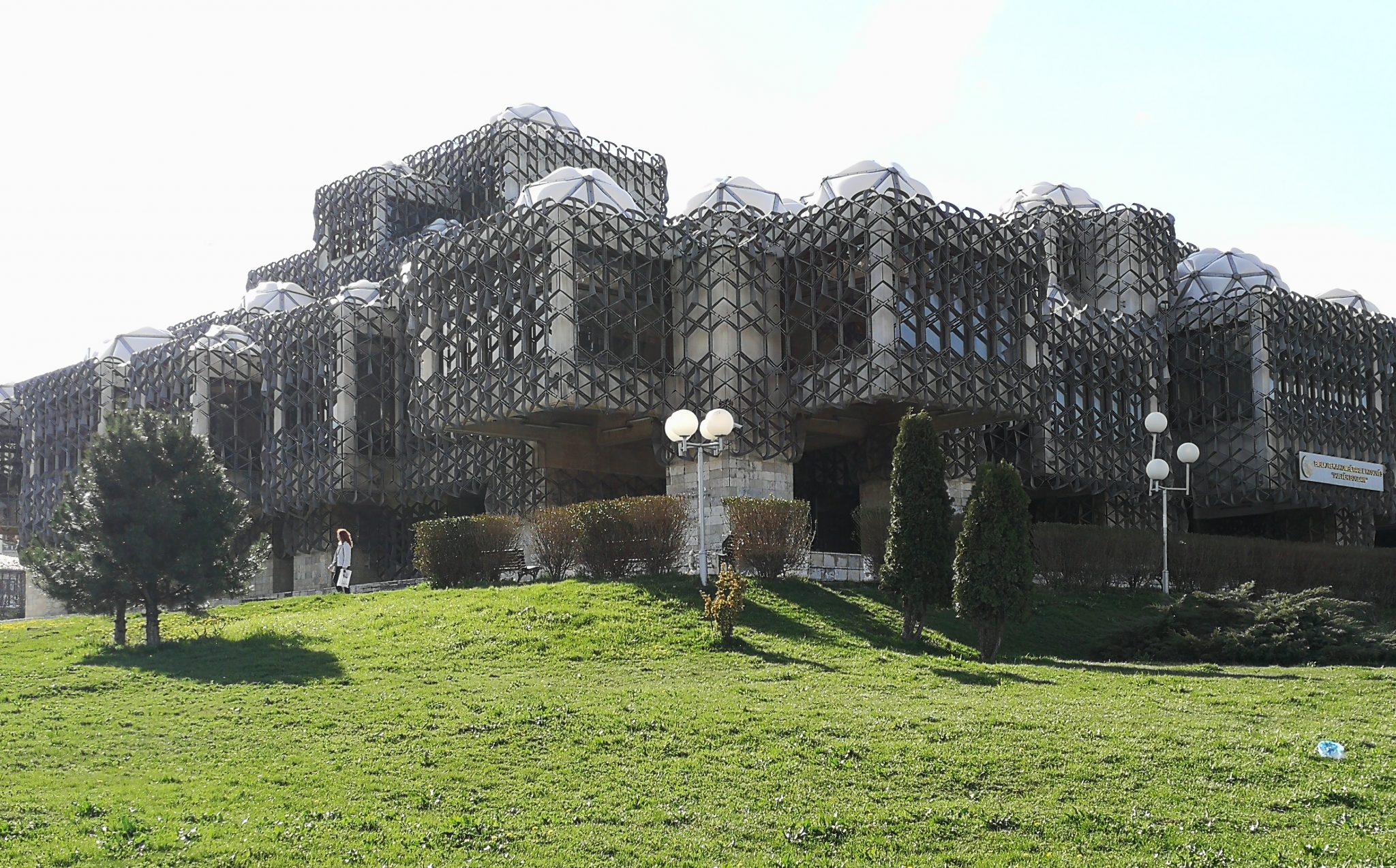 Pristina: why you should visit the young Kosovar capital

Around this time (early March) last year I visited Pristina twice in a row for my work. It was a city that was actually never on my radar and I also hardly knew anything about it. The arrival in Pristina was a pleasant one: I was greeted with a great smile and a sense of humor by the customs officer. Was this a sign of the friendliness of the Kosovar people? Obviously I was not a tourist in Pristina, I was there for work. Still, during the few hours that I was off I managed to see quite some things. Time to review my brief visits to the Kosovar capital. I am sharing my thoughts about Pristina with you. Do you have plans to visit Pristina soon? Maybe my experience is an inspiration to you.

Read more: things to do in Skopje, the most kitsch city of the Balkan.

Definitely not the prettiest, but it is special

Pristina is an odd city. It is the capital of the youngest country in Europa which is recognized by only 53% of the UN members (2019). Before the war began in the late nineties, Pristina was an ordinary town. This region was part of Serbia which had always been a tricky relationship, because around 90% of the region around Pristina was Albanian. After the war, Kosovo saw its opportunity in 2008 to declare its independence and all of the sudden Pristina was the capital of newly born country Kosovo. A decision that is still met with a lot of hostility by Serbia.

In all honesty, during my first few days in Pristina I was not impressed. You see: Pristina has almost no sights. You do not have to come here for the must-sees. I actually found Pristina a bit boring after my first visit, until I came back for the second time. It was early spring and the sun was finally shining. What a difference, the city became more alive and I started to find a new appreciation for Pristina. I noticed how special Pristina is. I am sharing my reasons with you why you should visit Pristina.

1. The symbol of Pristina: the chameleon letters

The symbol of the city is the NEWBORN monument, revealed in the year that Kosovo became independent (2008). Since 2013 the letters change colors and design every year. It is kind of like a chameleon that adjusts to a local social or political theme. In 2015, the design of the letters referred to the hefty emigration of young people moving to other European countries in search for a better life. The letter ‘E’ (of the word emigration) was painted black for this purpose. So, at first sight the letters seem like a funny monument, but the design is actually a message for everyone. 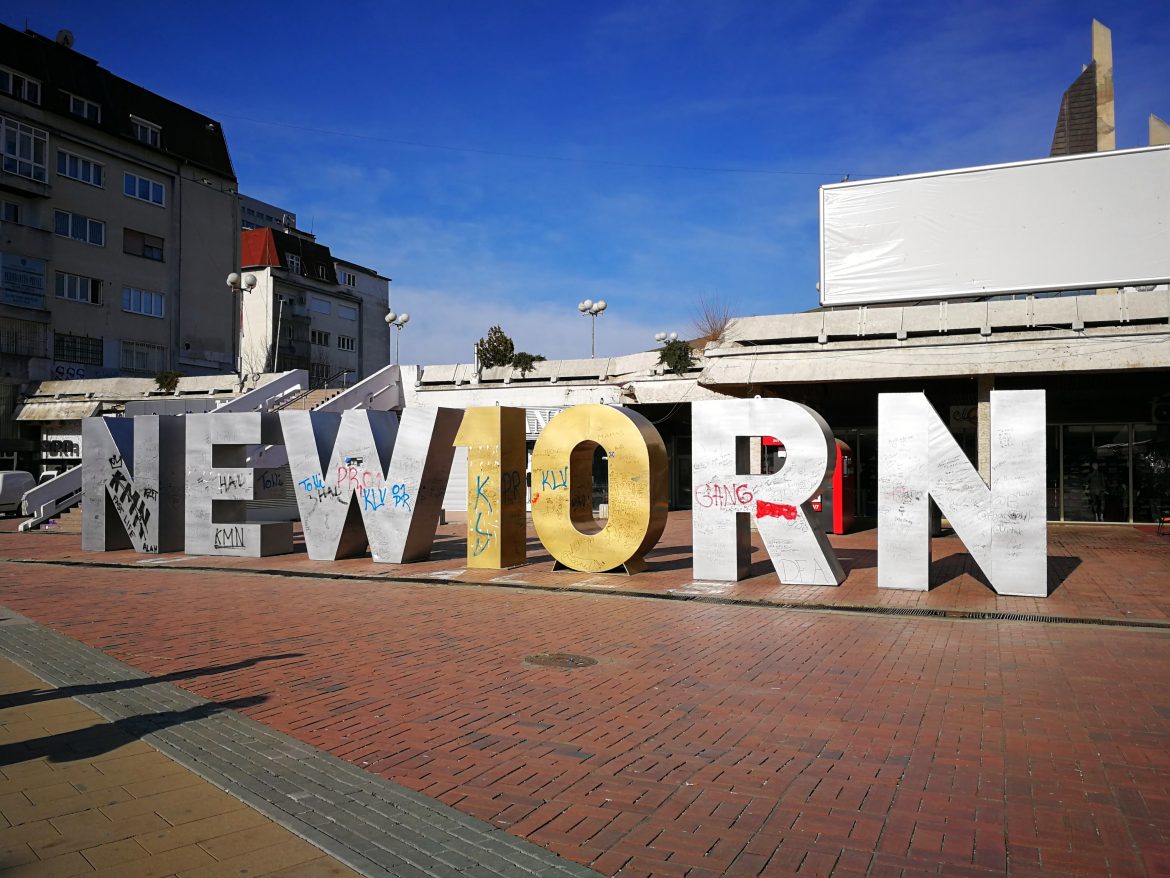 Behind the NEWBORN monument you can find the Palace of Youth and Sports. A rather communist title for a sports hall. The hall itself is decaying and didn’t interest me that much. However, the design of the whole thing did drew my attention. I have written before about the bizarre brutalist architecture in Skopje, created in the sixties. This sports hall, built in the seventies, was also a brutalist design. It was the winning design in an architecture competition in 1974. In particular, the roof is quite striking. It is definitely worth your time to wander around here to see all the quirky features of this building. 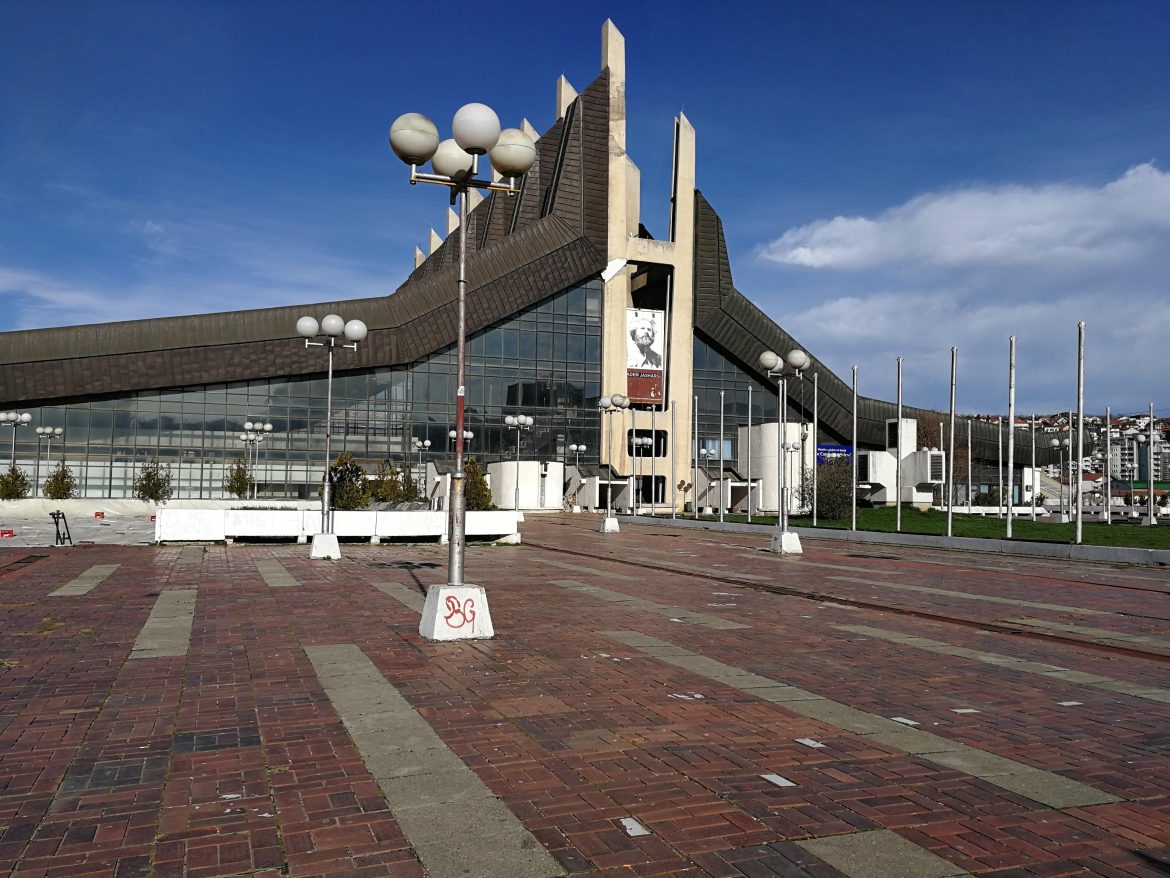 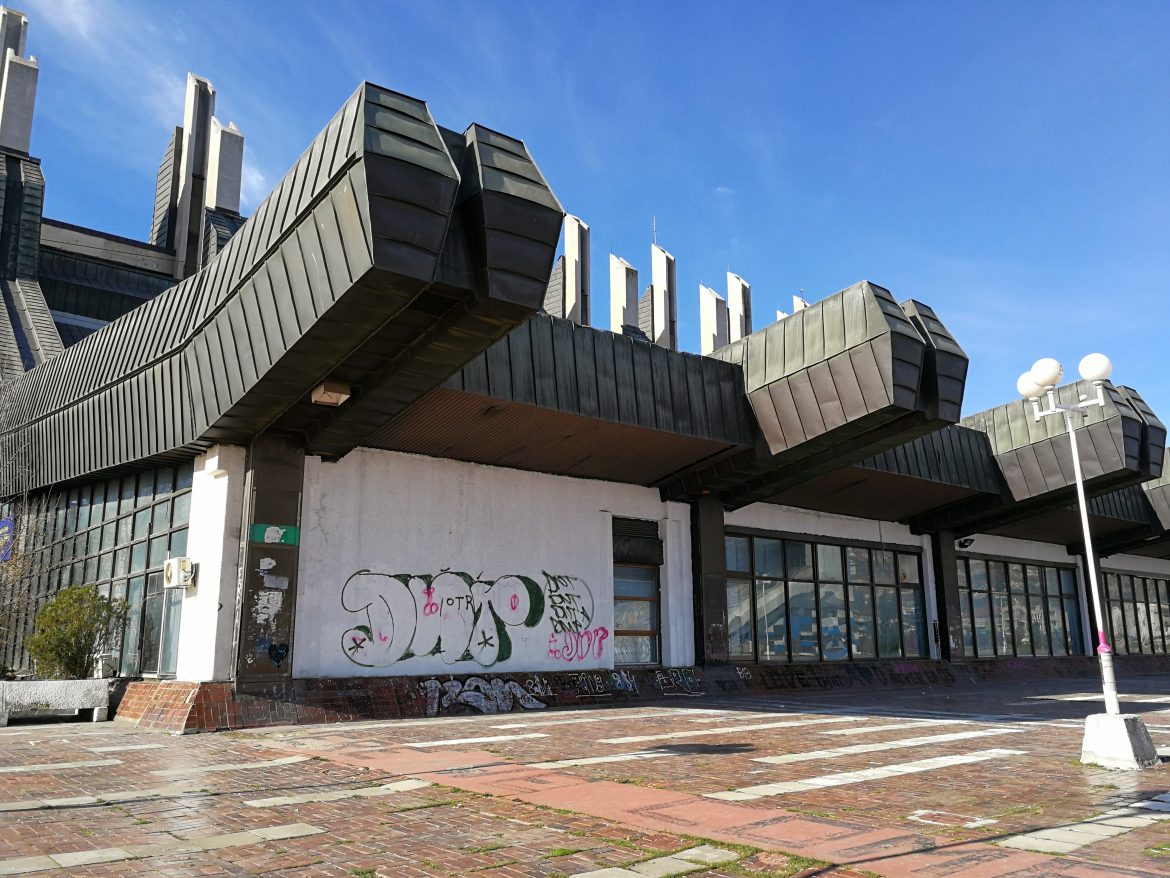 Coffee is a big thing in Pristina. Drinking a good cup of coffee is part of the local culture. The cafes that I visited were always busy and filled with young people. I mean, if you cannot find a job as a young Kosovar, then you might as well spend your days sipping coffee in the café. Also, coffee is still quite cheap in Pristina (little over 1 EUR). My personal favorites were Soma Book Station, Dit’ e Nat’ and Half and Half. 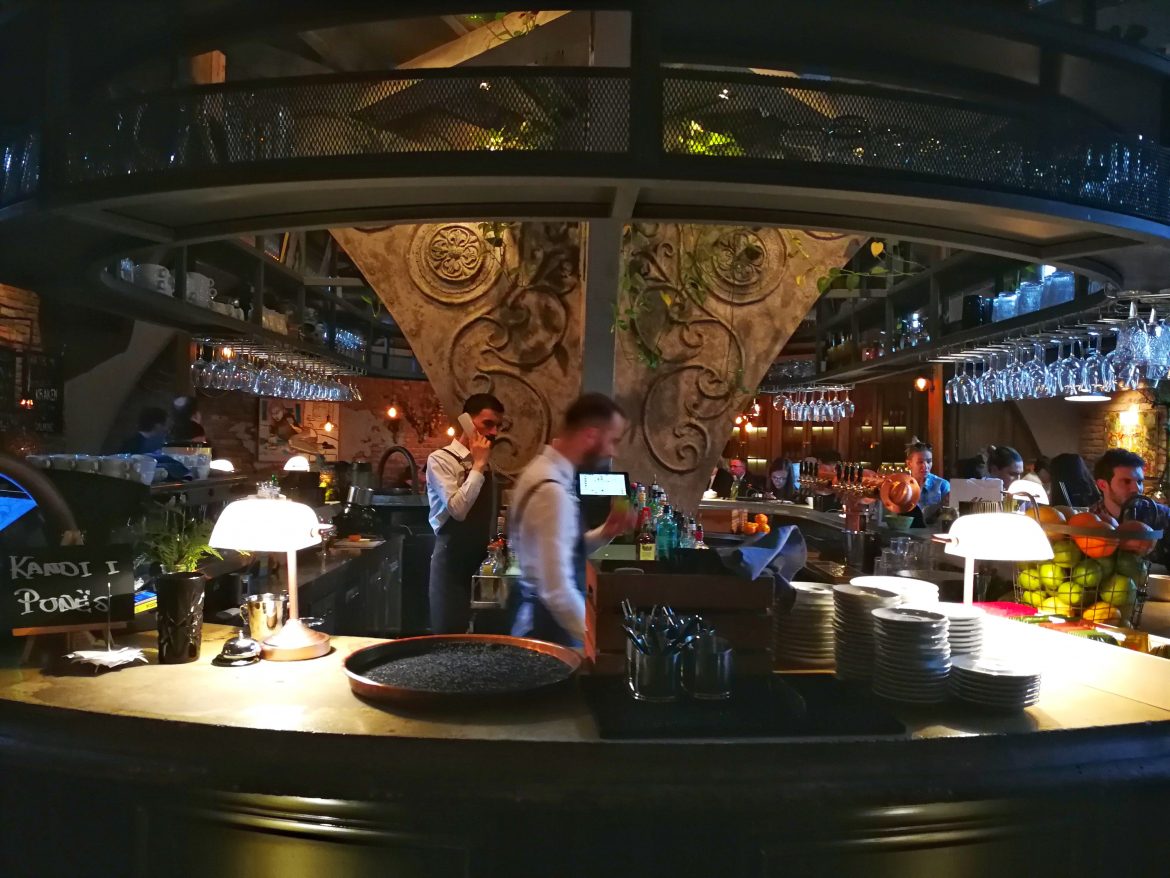 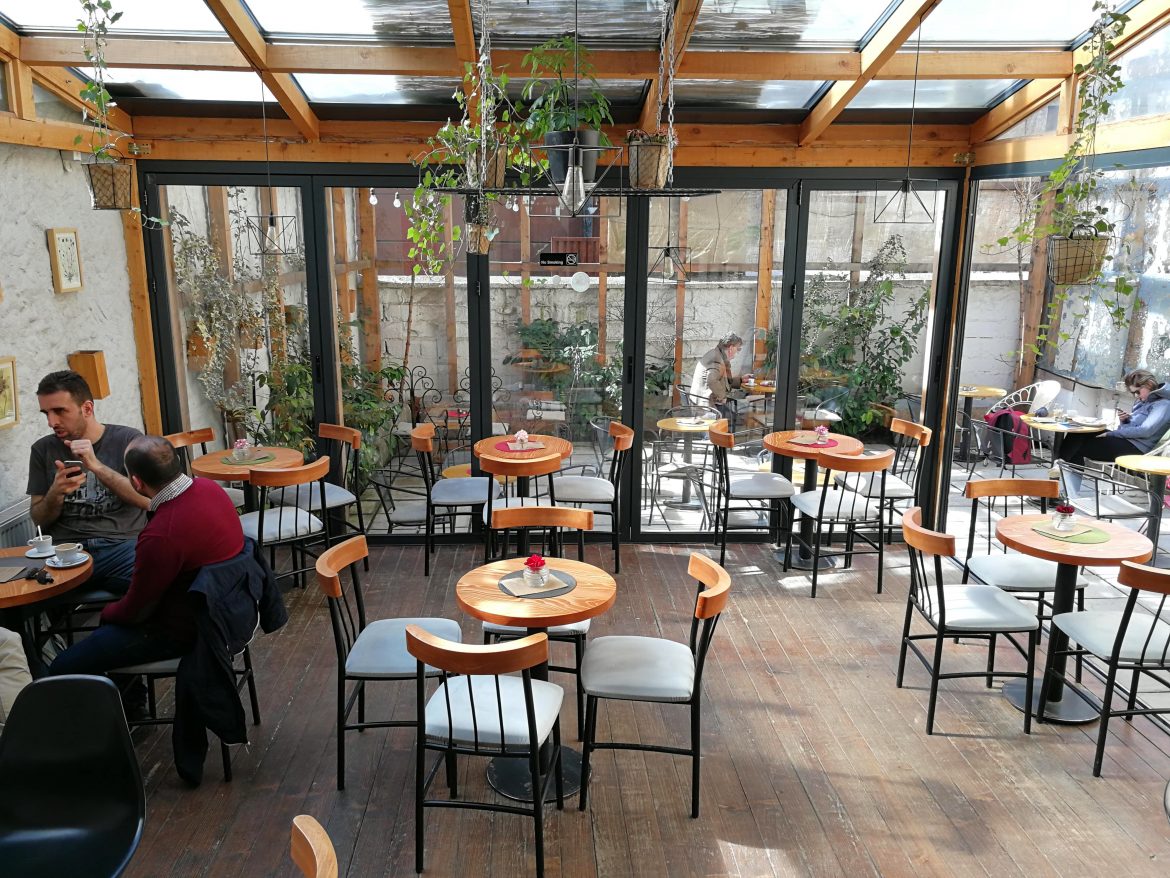 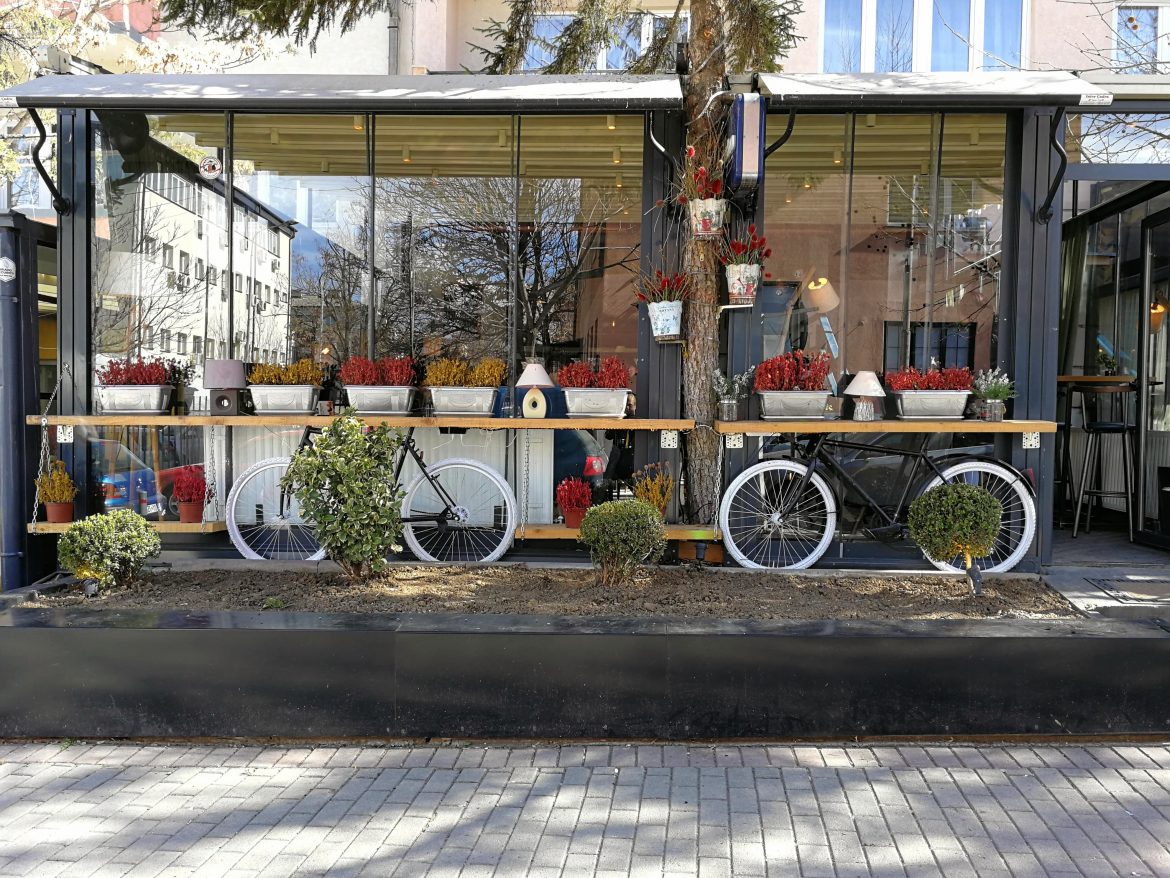 4. Visit one of the most ugliest building in the world

Yes, Pristina also made name duo to a very special reason. One of the buildings in this city is ninth on the list ‘top 10 most ugliest buildings in the world’. The building everyone talks about is the National Library, opened in 1982. Admittedly, the building does have a unique design. It is like you are looking at a giant beehive. But is it ugly? No, I don’t think so. It is just quirky and odd. I would also recommend everyone to take a look inside. Entrance is free. Near the Library you can also find an unfinished Serbian-Orthodox church. Due date was 1999, but that was the year the war began. The construction was stopped and the church got vandalised during and after the war. 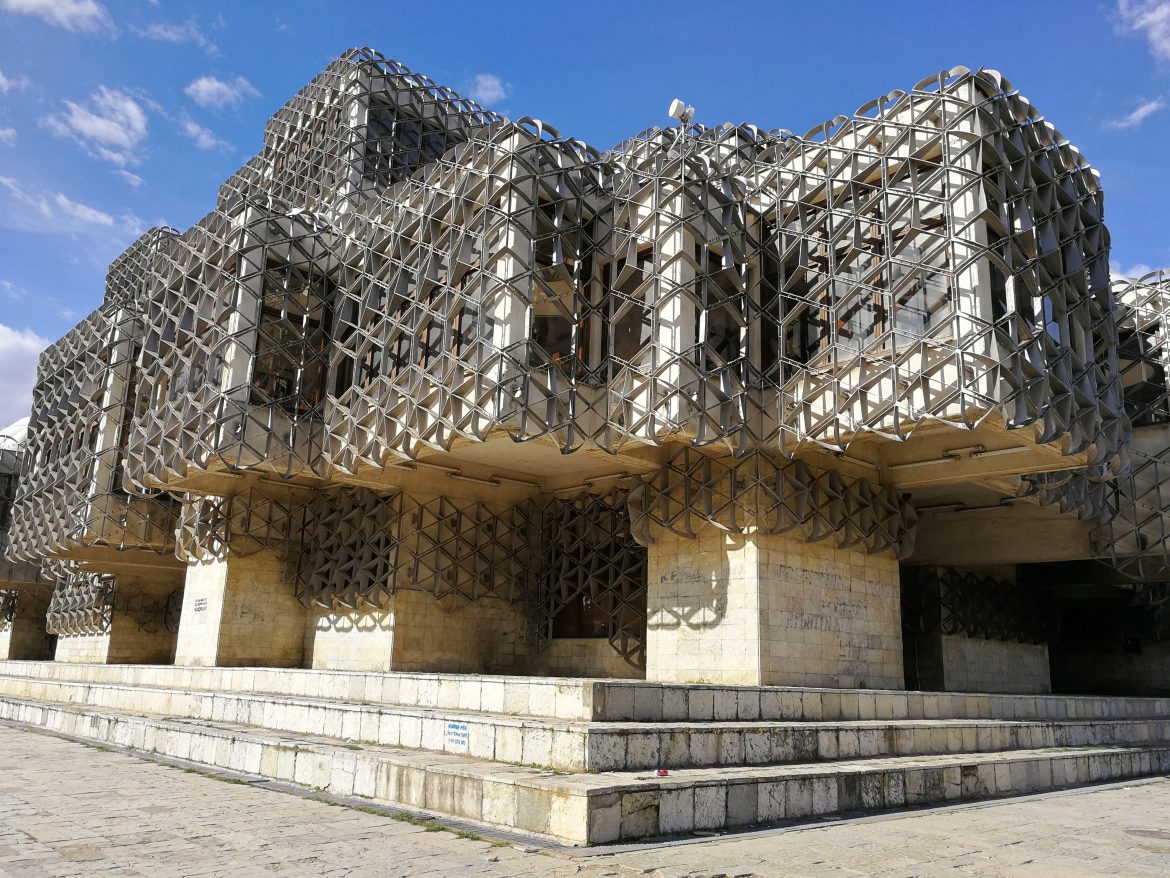 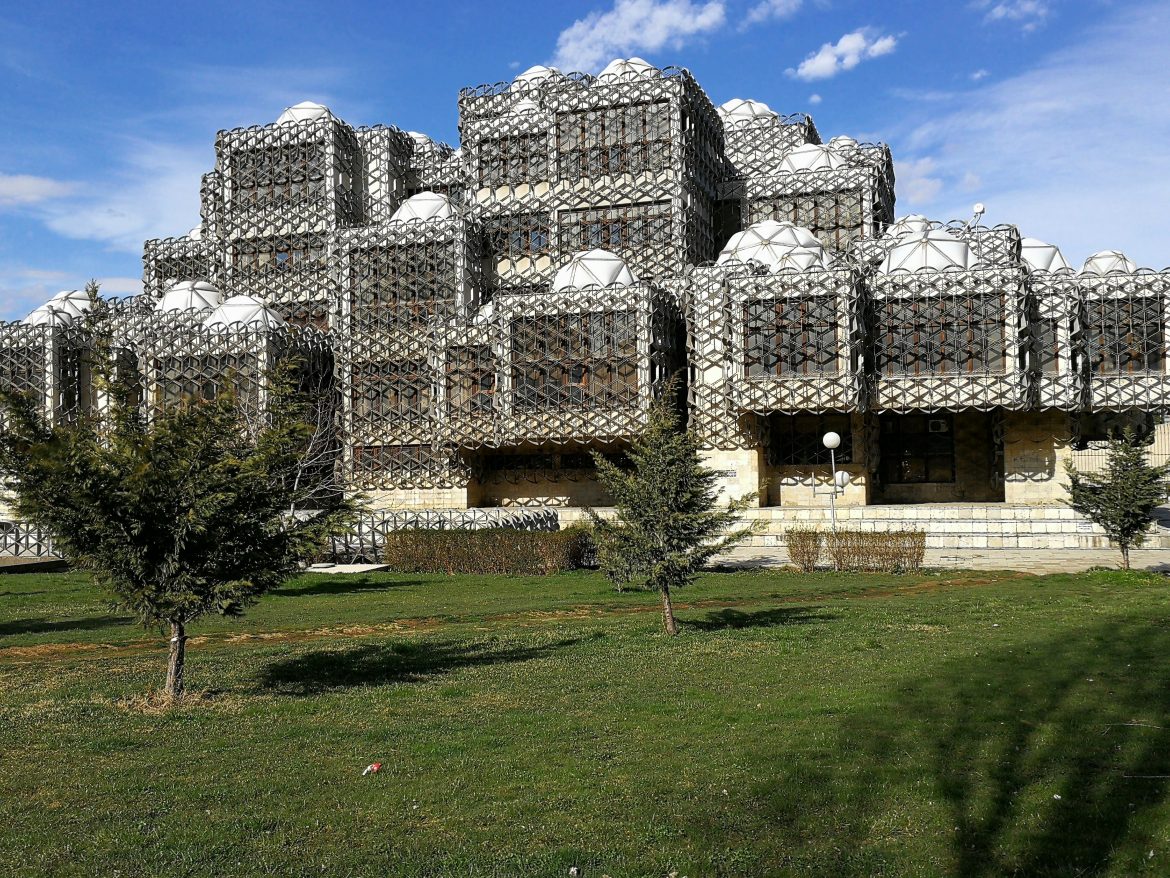 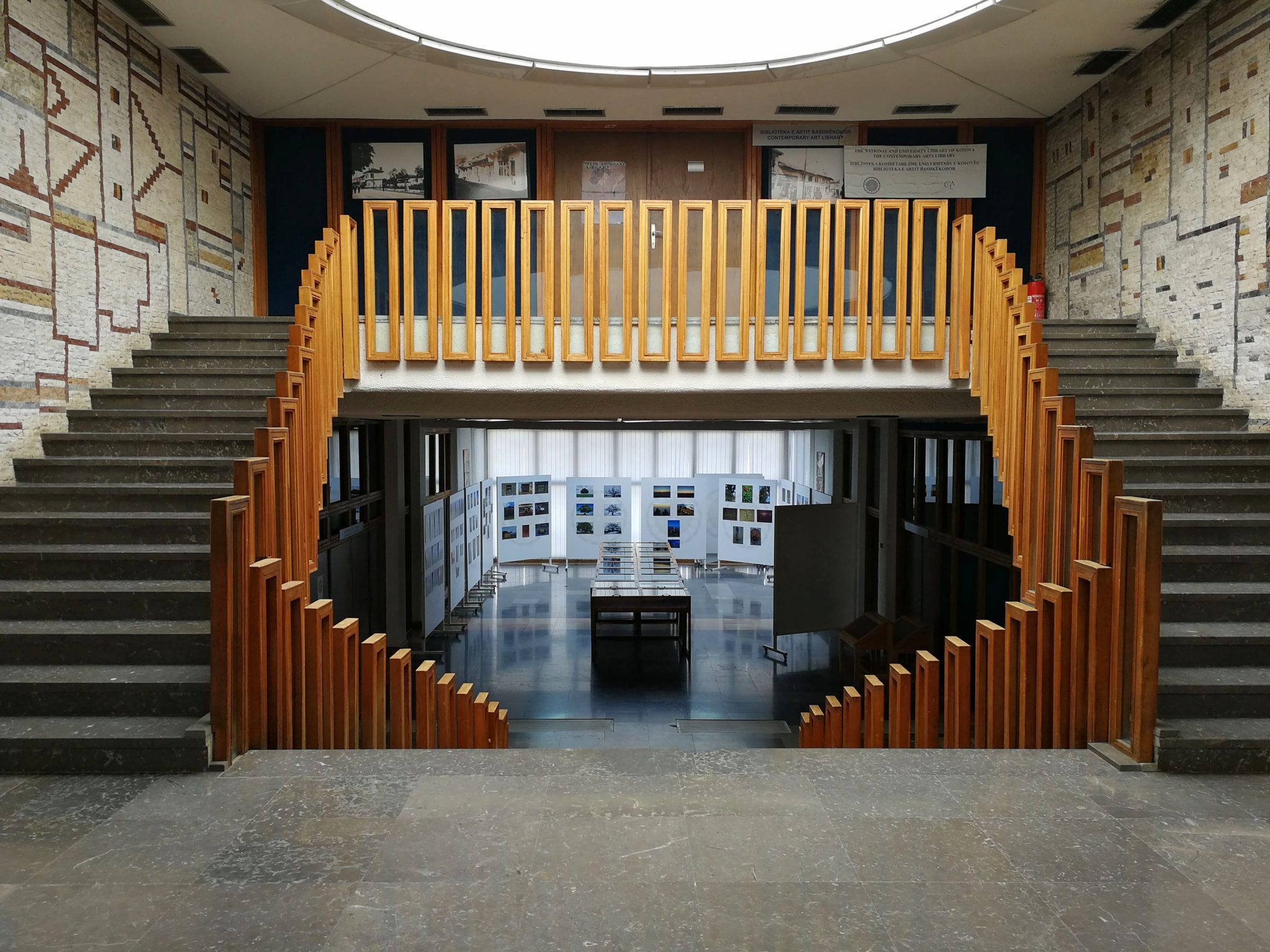 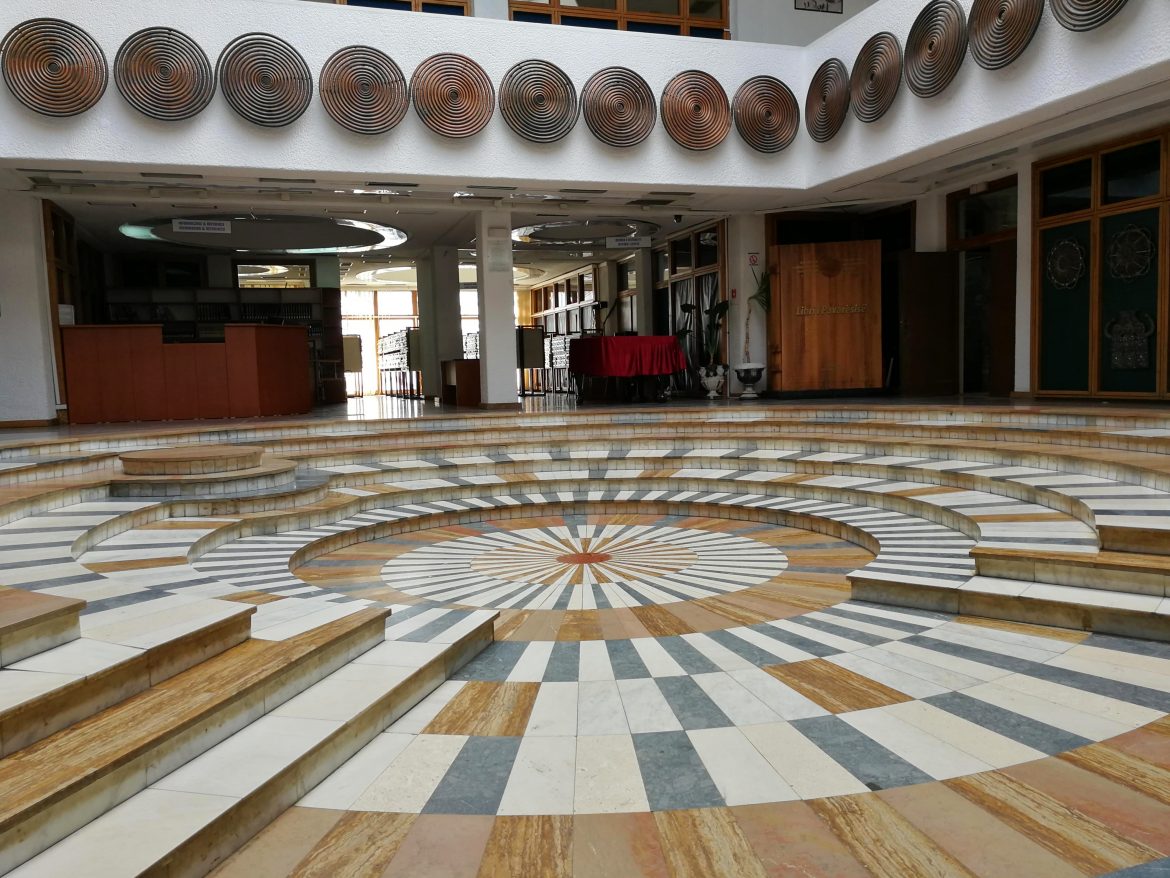 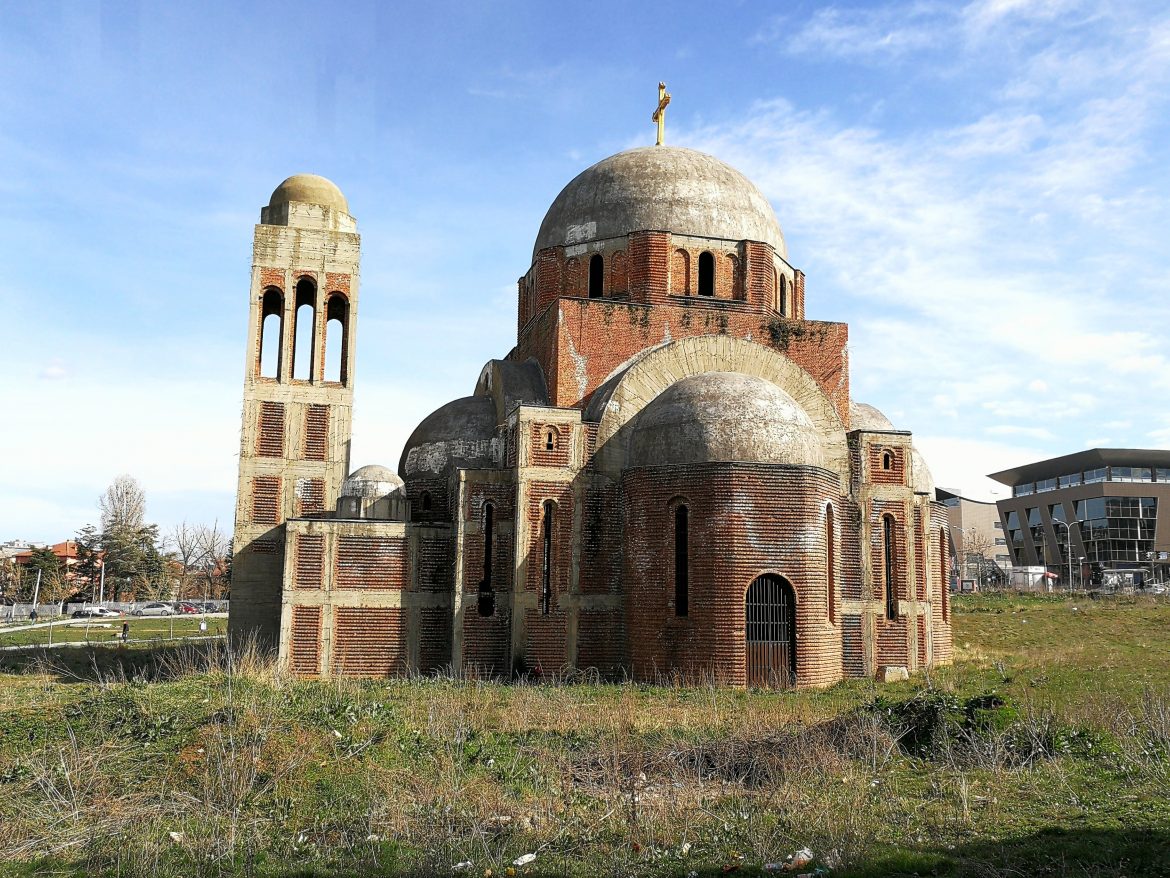 If you pay attention when walking around in Pristina, you will actually see a lot of references to America. The Clinton Boulevard, the George W. Bush Street; these are all signs of gratitude for the American support during the Kosovo’s path to independence. There is even a bronze statue of Bill Clinton, the man that is considered a hero in Kosovo. Clinton was the one who pushed for NATO military intervention in 1999 which ended the war.

6. Memories of the Ottoman period

Just like I said in my introduction, Pristina does not have much sights. Much of the old city center was demolished as a consequence of the communist modernization plans in the sixties. Do not expect a idyllic center like you see in many other Balkan cities. Fortunately, Pristina still has something to offer to history geeks. Take for instance the nineteenth century Clock Tower, the Sultan Mehmet Fatih mosque from the fifteenth century and the Ethnographic museum ‘Emin Gjiku’. Definitely worth your time to check out these sights! Speaking about museums, you also have the National Museum, beautiful constructed in Austro-Hungarian style. But it was closed when I visited due to renovations (2018), so I cannot say much about it.

Tip: if you want to learn more about the history of Pristina, then you could join the Free Walking Tour (a tip-based tour). I did this and I was the only tourist (so it was a private tour). The walking tour departs daily at 11.00 in front of the National Theater. 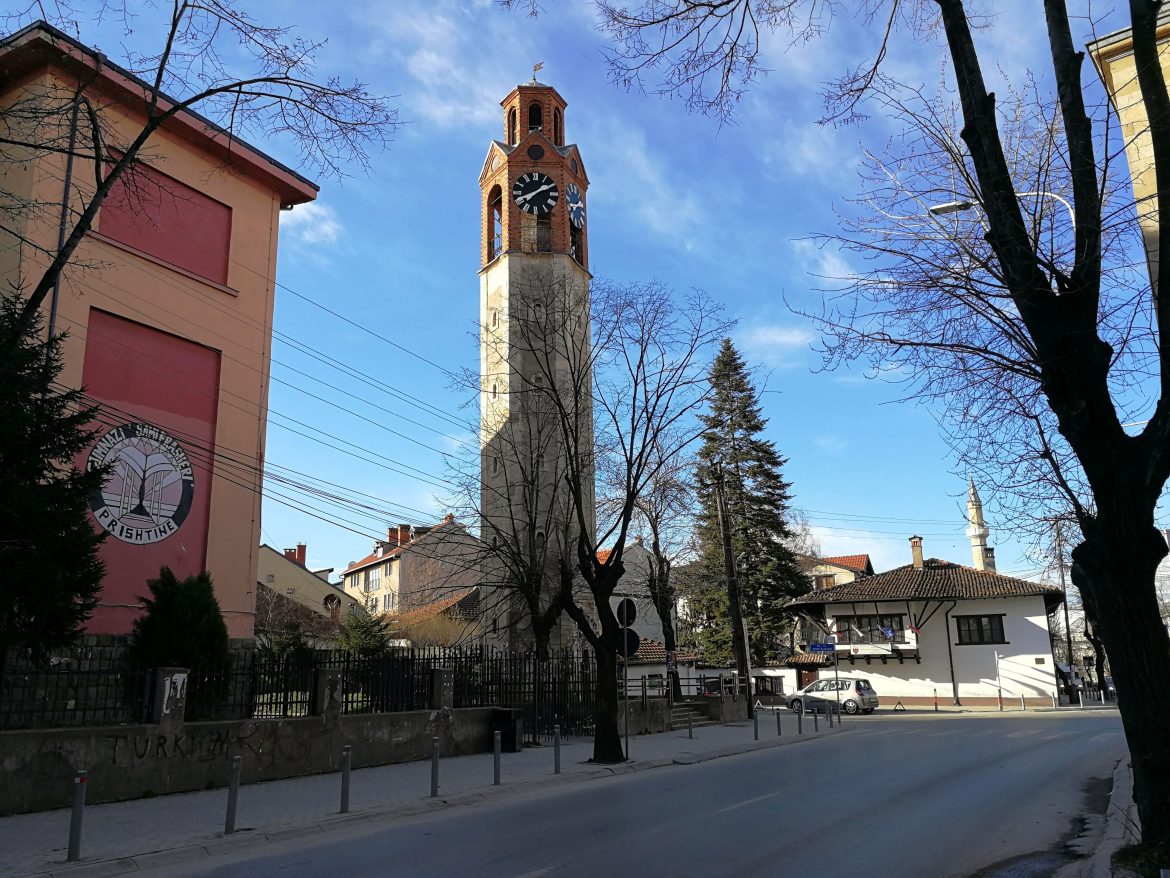 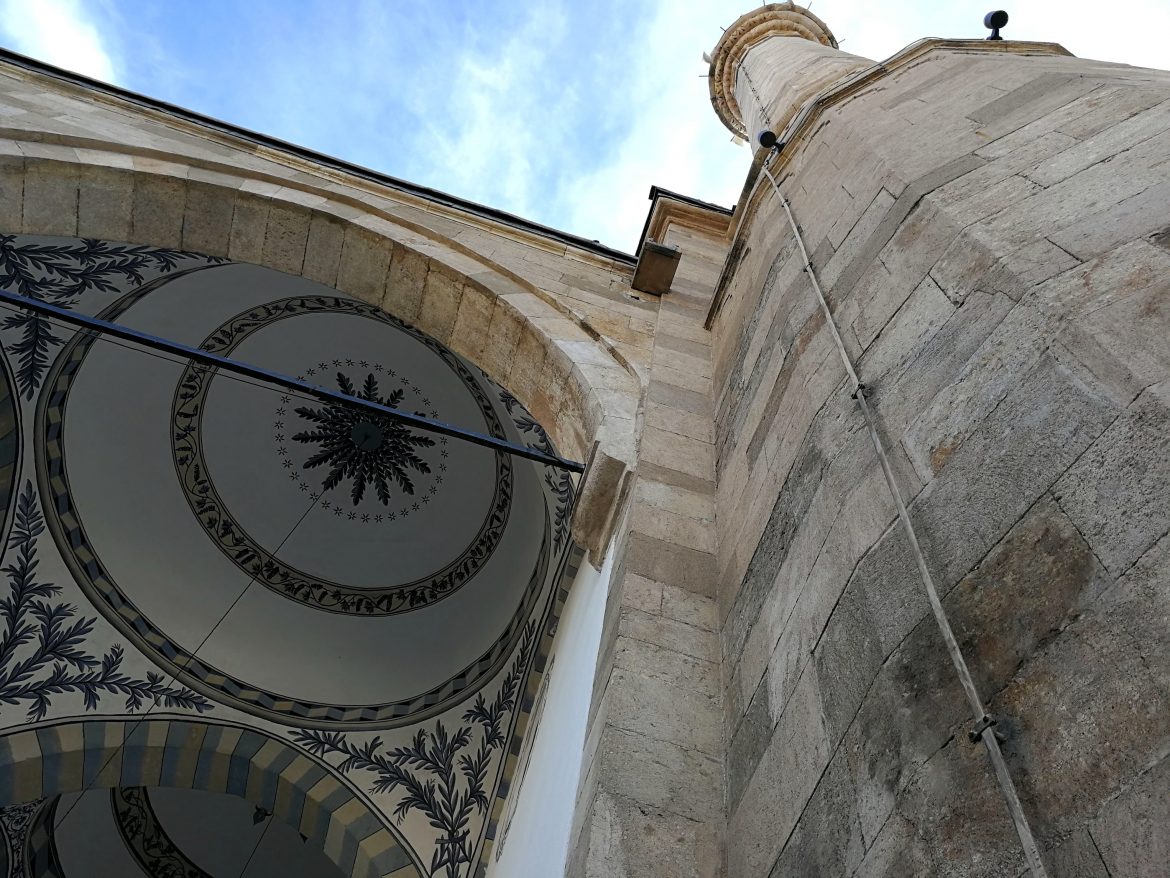 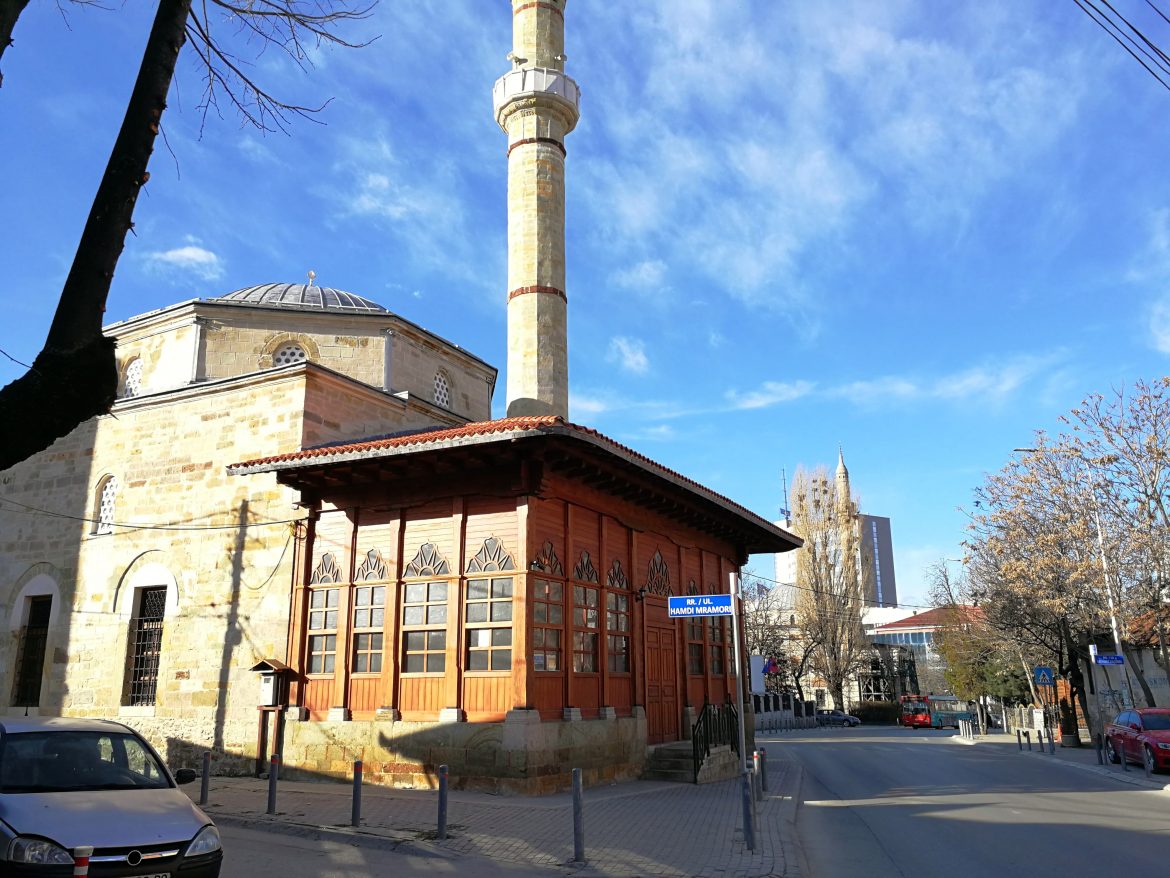 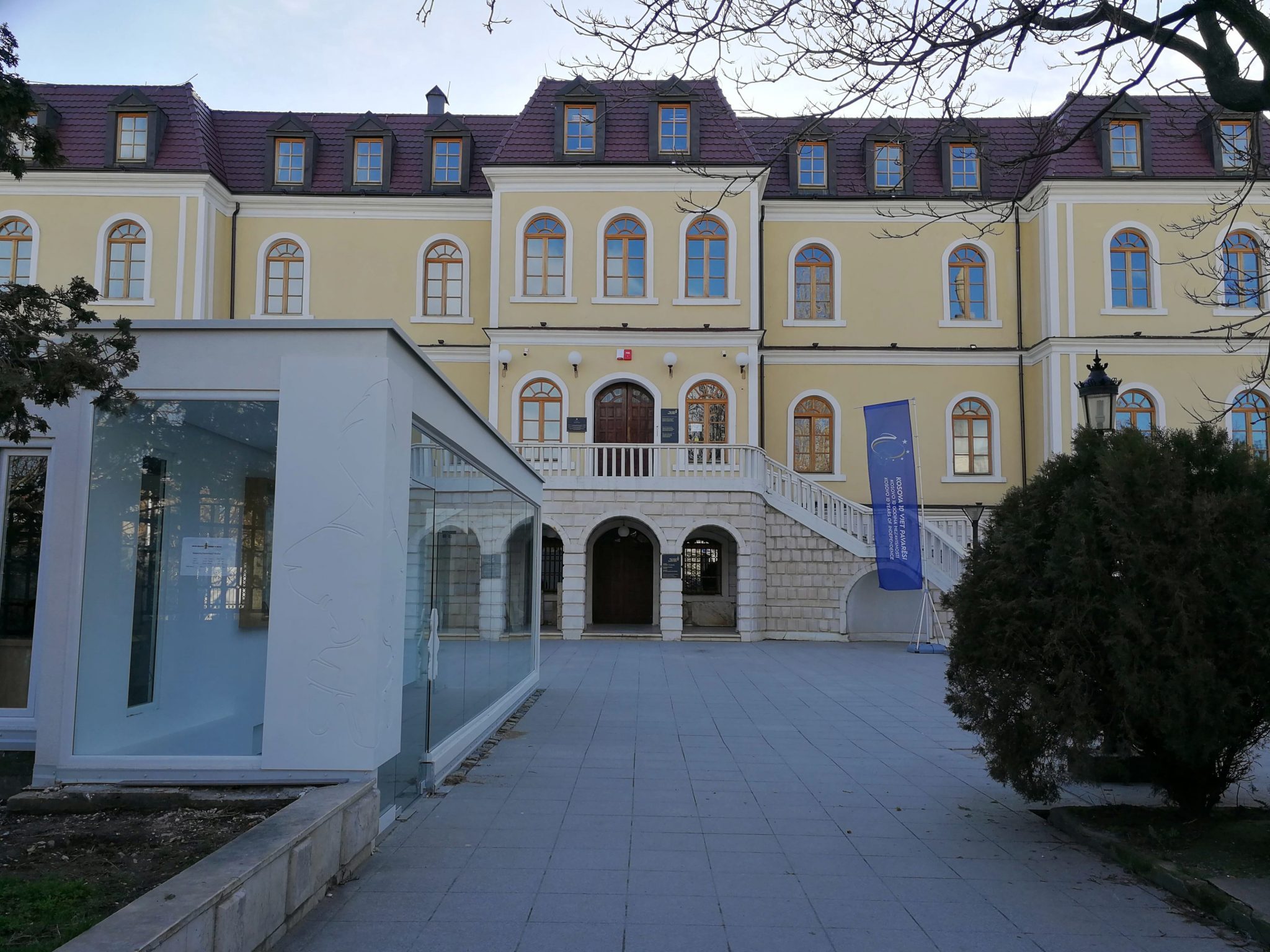 Pristina is not an ordinary city and so the street art in this city is not ordinary. Across the NEWBORN monument you can find the ‘Heroinat Memorial’. This is a memorial created out of 20.000 military medals. The number of medals is a reflection of the number of women that were raped during the Kosovar war in the nineties. The monument, in the shape of a female face, stands symbol for the acknowledgment of these war victims.

A lighter form of street art in Pristina is Mr. Chat, the name of the happy yellow graffiti cat that you can spot all over Europe. I saw this cat two years ago in Sarajevo and now I also spotted it smiling at me in Pristina. And there is more street art to see in Pristina, check out the photos below. 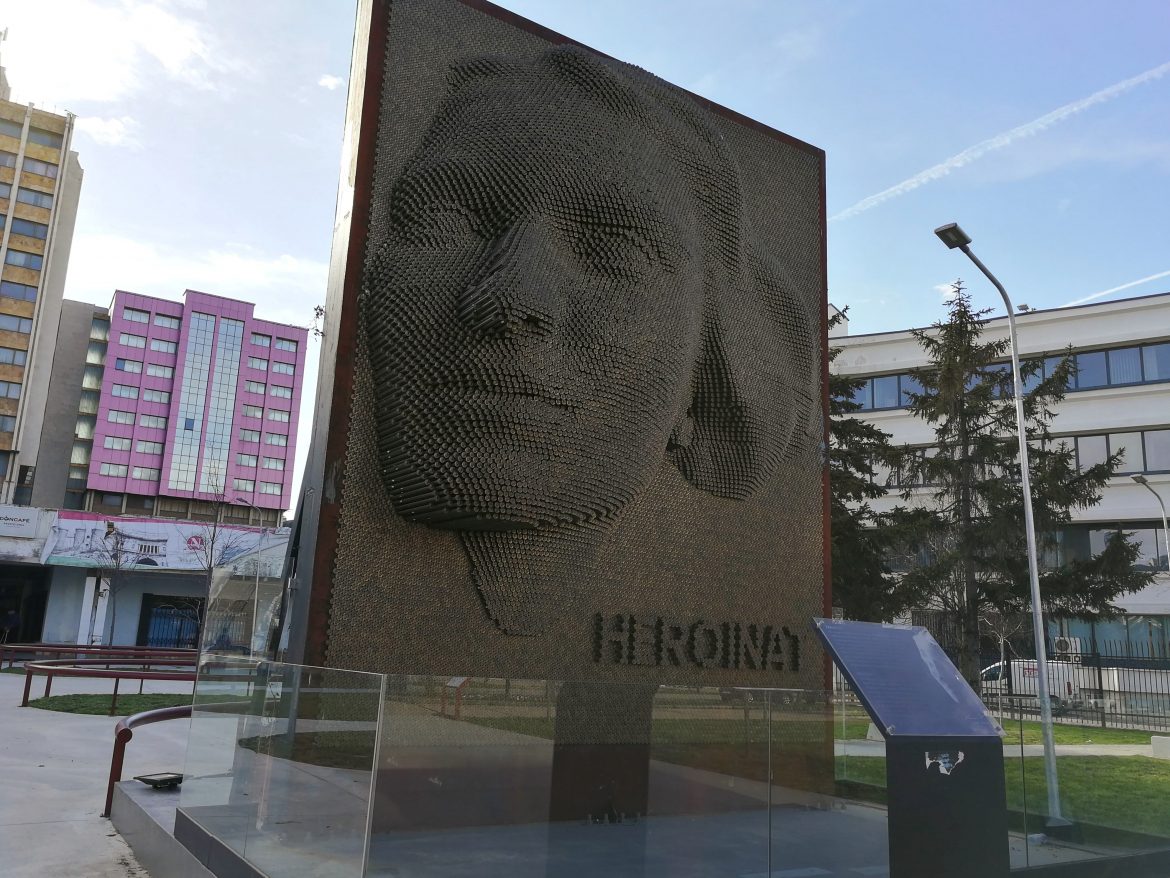 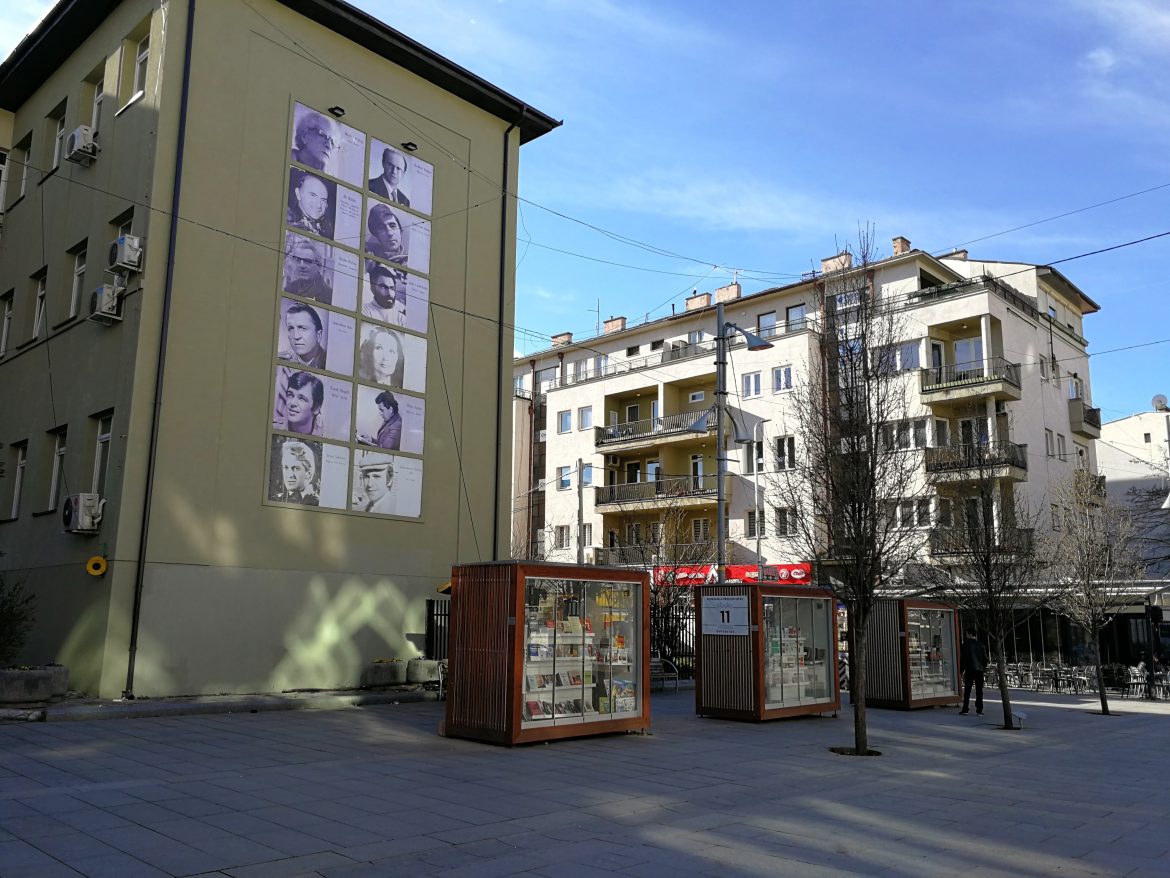 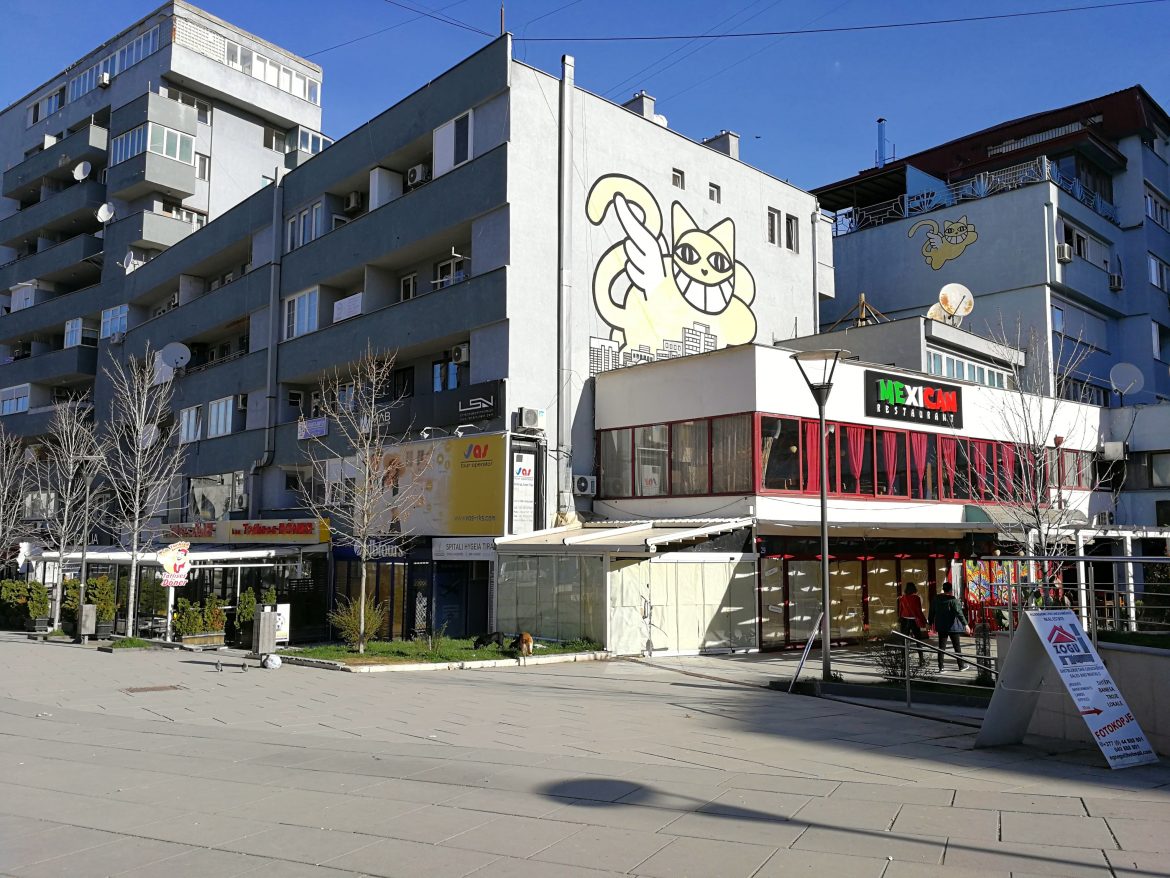 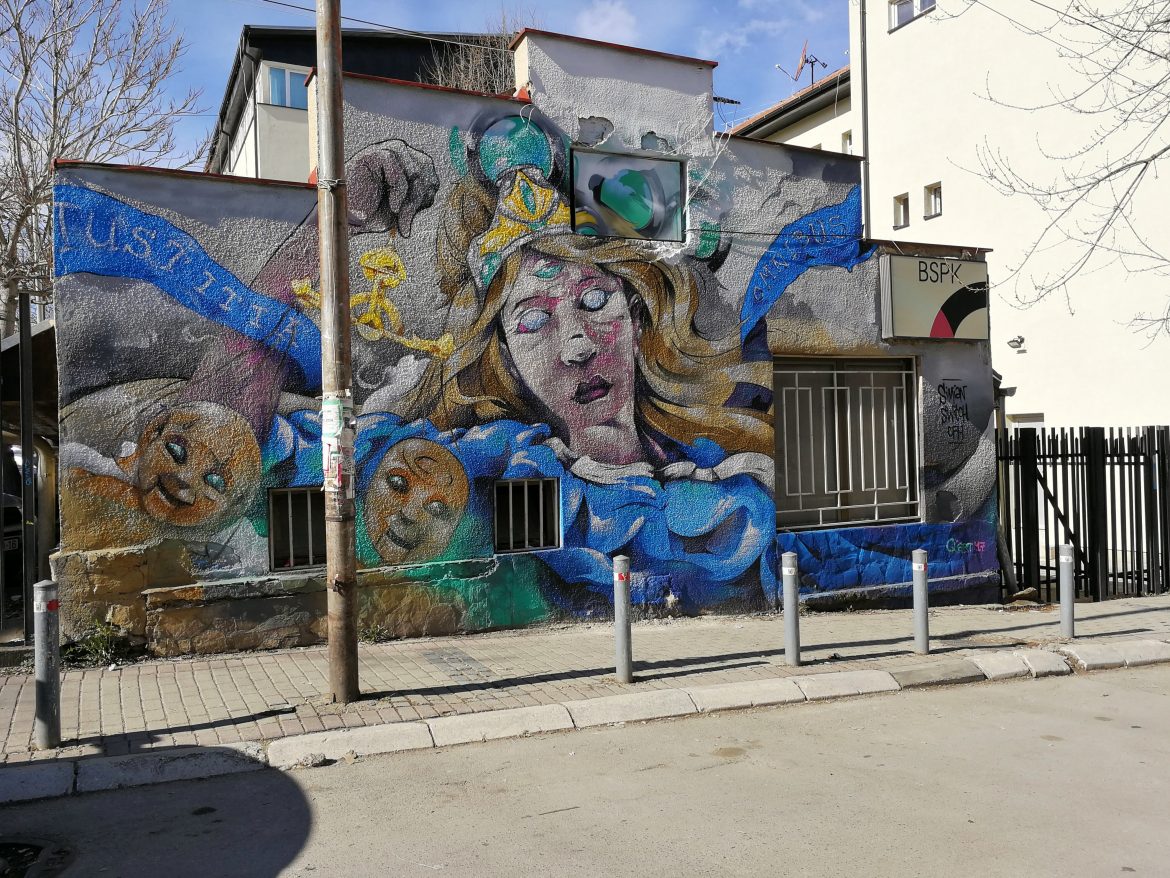 Would you want to visit Pristina? 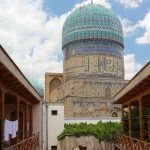 Chasing dreams: we are going on a world trip! 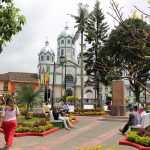