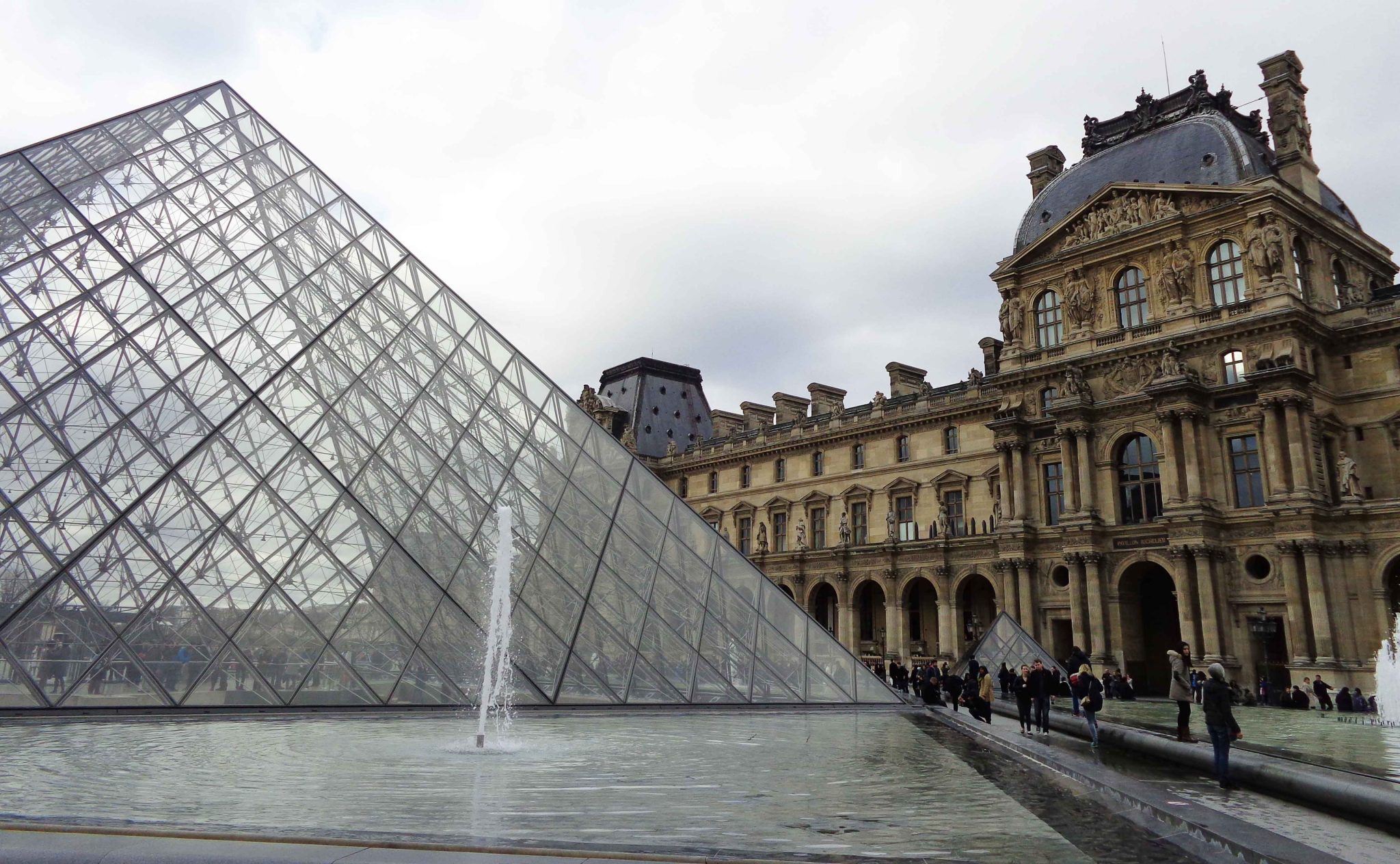 Paris is the city of the long romantic weekend getaways. Days consisting of long walks through the narrow street, strolling down the Seine and having long diners with your lover in front of the Eiffel tower. It may sound like Paris is not a city you want to rush through, but take the time to get know it. Maybe this is true, but it’s also a perfect city for a one day trip. To proof this I booked a train ticket to Paris and went there just for one day. Want to find out if I pulled it off?

From Amsterdam the Thalys only takes three hours to get to Gare du Nord in Paris. From the train station we took metro line 2 to ‘Anvers’ where we would go to our first stop: the Sacre Coeur. This is the white basilica built on the top of the hill of the Montmarte. Once you’ve climbed the 300 steps, avoided the African vendors with the bracelets, you’ll be standing face to face with this marvelous snow white basilica. Definitely one of my favorites of the day. 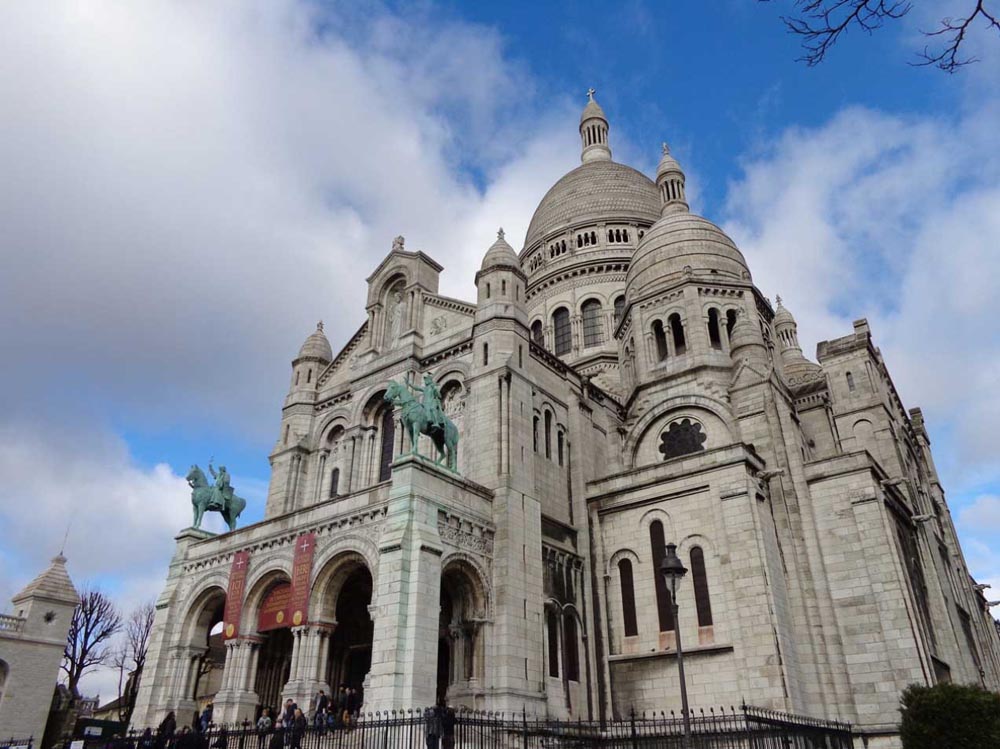 We headed back to the metro and took line 2 to the ‘Charles de Gaulle Etoile’, nearby the busy Place de Gaulle. This is where our next highlight would be: the Arc de Triomphe. Don’t even think about running across the square to have a closer look at the Arc. That’s pretty dangerous! Place de Gaulle is one of the busiest traffic roundabouts in Paris. Besides, there is a tunnel under the square where you can also buy the entrance tickets. Tip: if you’re under 25, free entrance. After climbing a 350-steps winding stairs you’ll arrive *gasping* on the top of the Arc de Triomphe. This is definitely worth it, because you have an amazing view over Paris. P.s. see those girls running, that’s what I’m talking about. 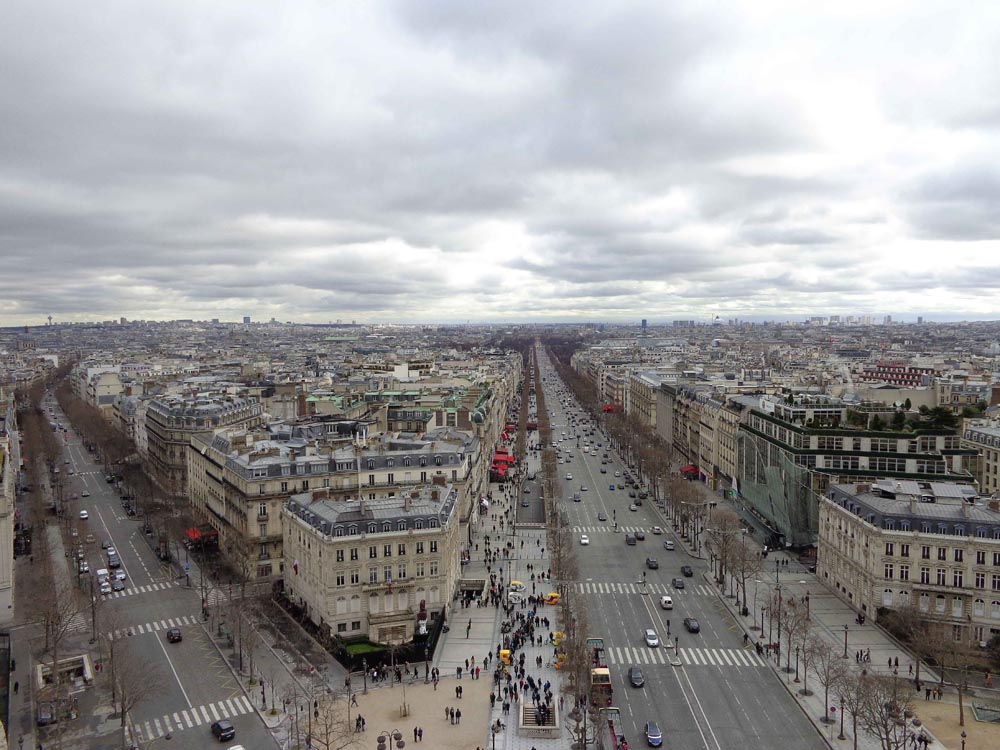 Okay, back to the metro and on to the Eiffel Tower with line 6 (stop: Bir-Hakeim). The Eiffel Tower is often calles the iron lady of Paris. In 1909 this structure almost got demolished, but then they discovered the antenna at the top and decided it was a pretty smart idea to keep the building. Lucky for us, because with its length of 324 meters it’s quite an impressive structure. To avoid standing in a long queue, you can buy your ticket online in advance. This way you will get priority and don’t have to wait for hours! You could also choose to take the stairs to the second floor. 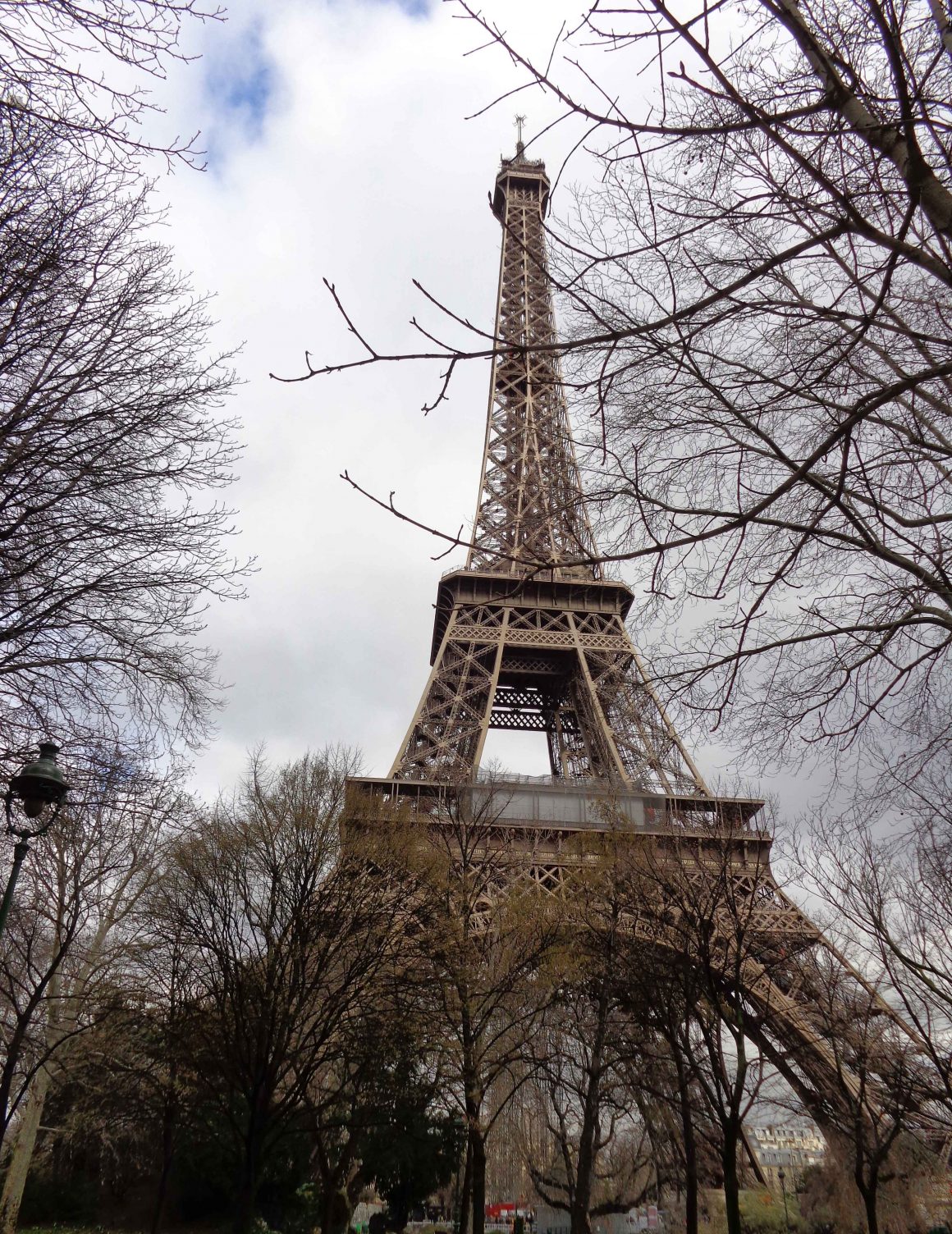 For our next stop we decided to ditch the metro and take a nice romantic strolle down the Seine. After all, we’re in Paris and supposed to be romantic. Besides, from the Eiffel Tower it is a nice short walk to the Palais du Louvre, crossing the (former) love lock bridge Pont des Arts. The Louvre used to be a castle, then became a palace and now it’s a museum. It’s a real gem in Paris, beautiful! And ignore the tourists with the cliché photos: i.e. touching the top of the pyramid of the Louvre. Just enjoy the palace and the nearby garden. Of course you could also go into the Louvre Museum, but this requires time in the queue and money (17 euros / 19 dollar) for a ticket. As we were only in Paris for a day, we decided to skip it. 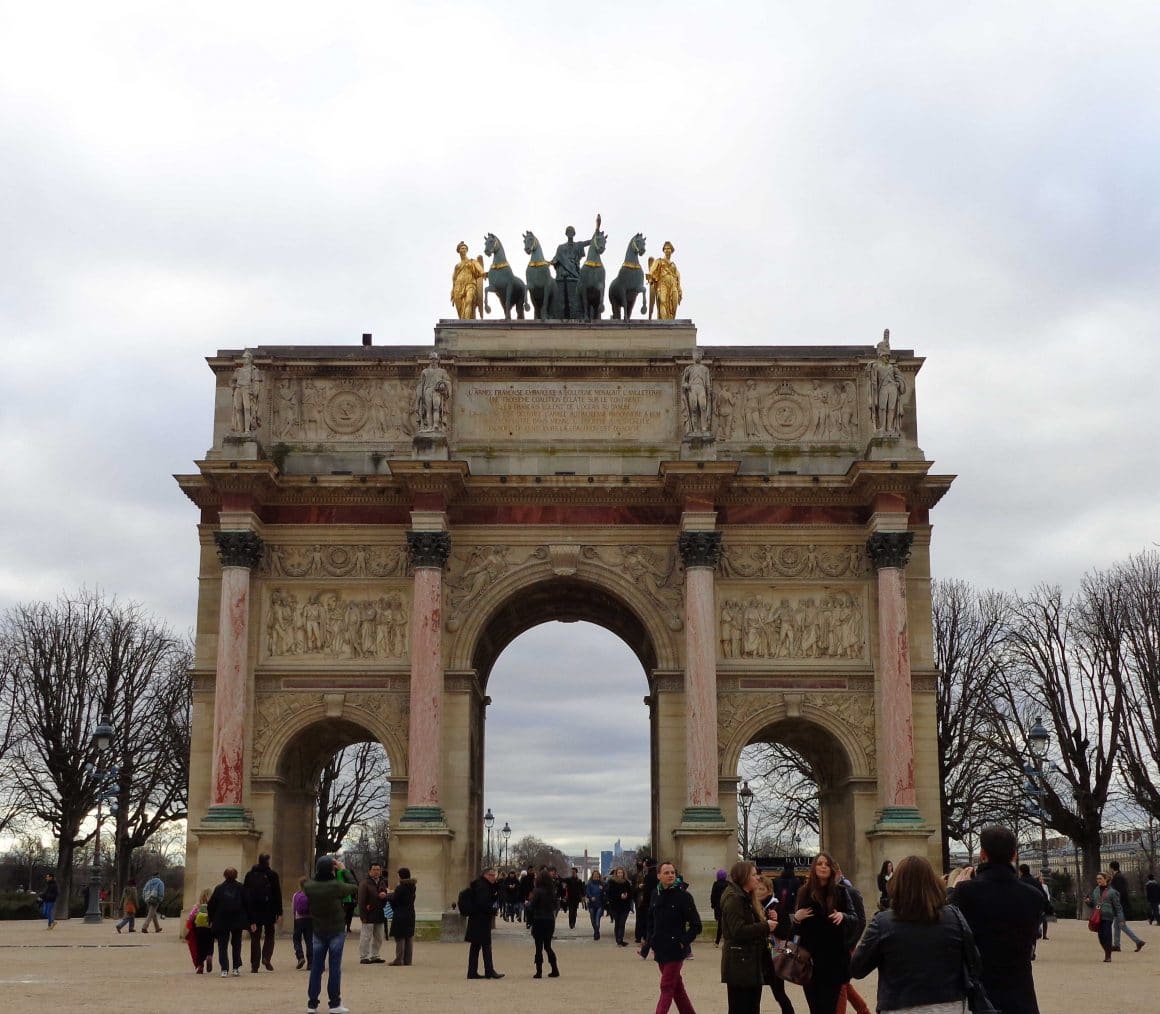 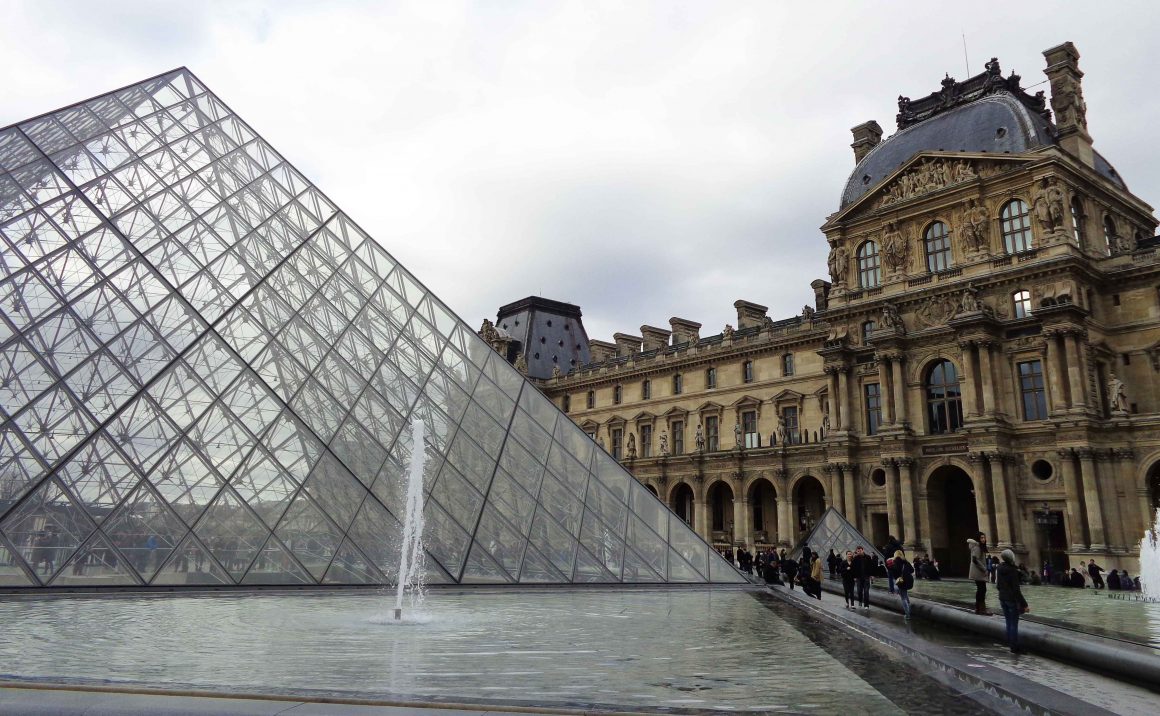 For the last time we go back to the metro and take line 4 to the stop ‘Chatelet’. There we get out and take a nice evening stroll to the Ile de la Cité. Our goal: ordering a drink with view on the Notre Dame. This cathedral is mainly known because of the story of the bell ringer Quasimodo from the Notre Dame. Because of the long queue before the entrance, we decided to take the interior for granted and instead order that drink we wanted (and needed). 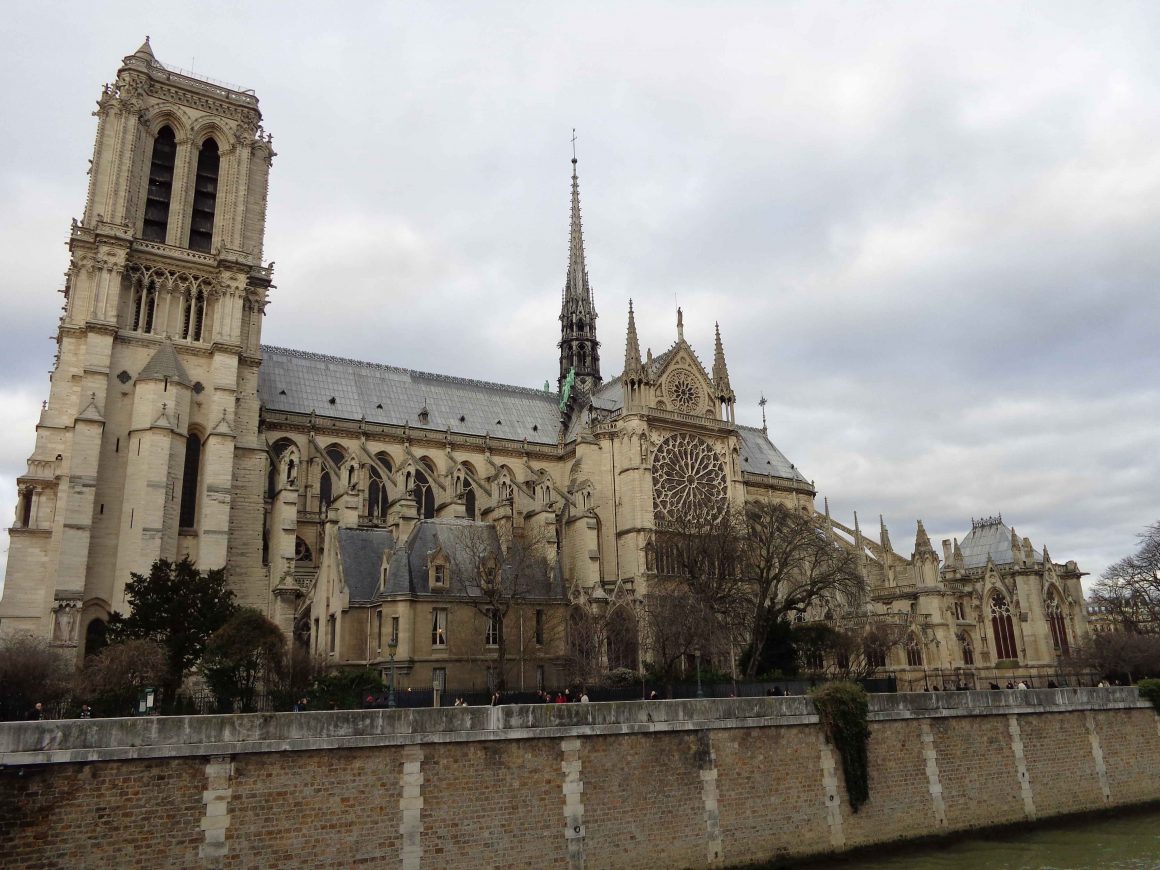 And that’s how the day ended in Paris. I know Paris offers so much more than this, but at least I got a good impression of the city. I’m already looking forward to my next visit to the french capital.

You might have noticed that we took the metro quite often. Paris has a good metro system that takes you in no time from sight to sight. A metro ticket for the day really benefits you. You can choose out of three options: Carte Mobilis, Ticket Jeunes weekend (under 25 years) or the Paris Visite. We choose the second option, which is also the cheapest. We only paid € 3, 75 per person (5 US dollars)! 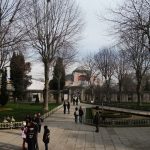