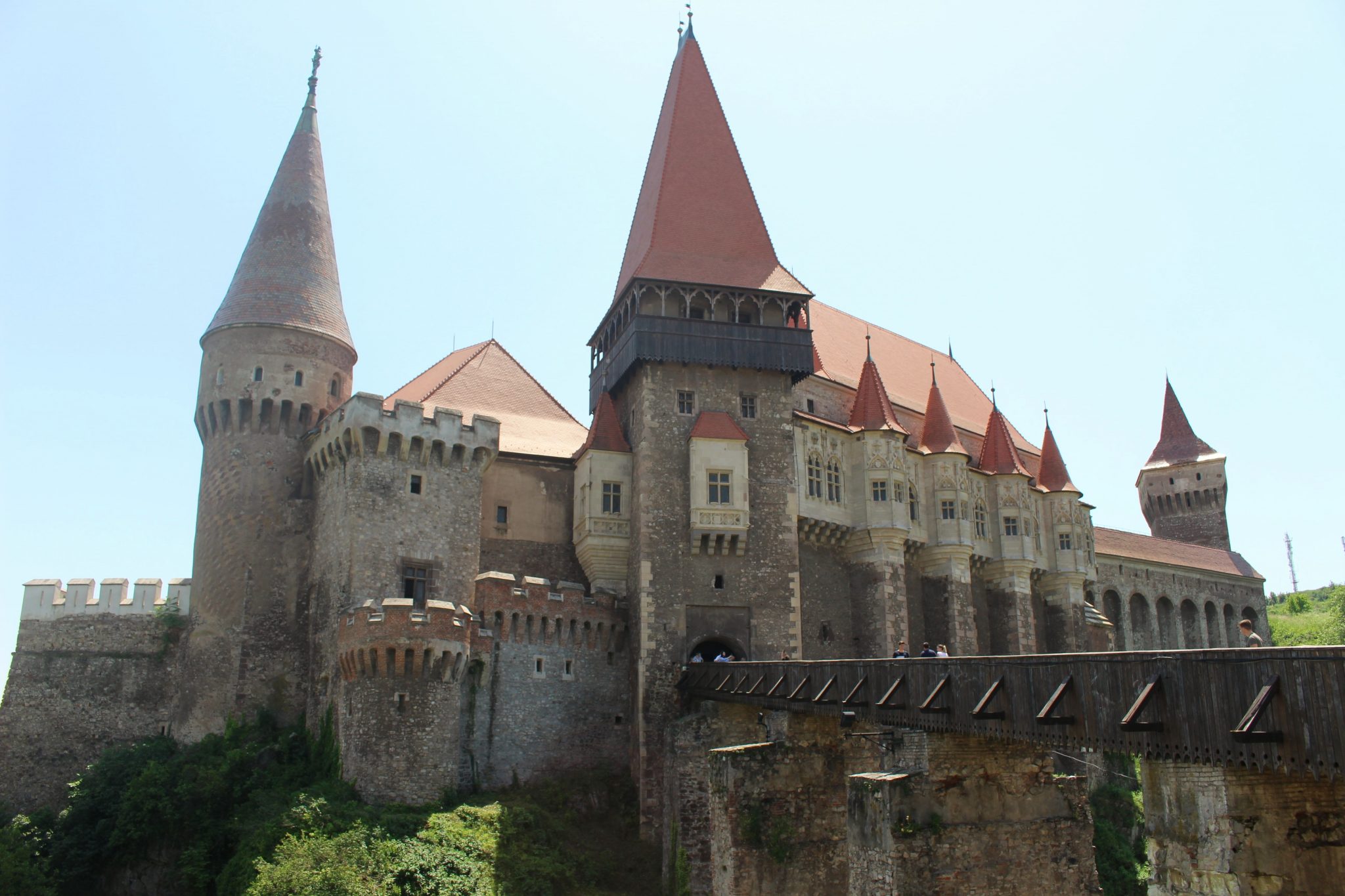 A Sibiu day trip to Corvin Castle: how to get there with public transport

A trip to Transylvania in Romania is a guarantee for seeing some of the most beautiful castles in Europe. I visited two of them during my trip to Romania, and Corvin Castle was my favorite. Imagine a fairytale-like castle, straight out of the series Games of Thrones. Corvin Castle fits perfectly into that image. The stately exterior is very impressive to look at, but even better is the lack of crowds here. This place is not nearly as busy as the popular Castle Bran near Brașov. In this blog post, I will show you what you can expect when visiting Corvin Castle and how to get there on a day trip from Sibiu with public transport.

Read next: Bran Castle: practical tips for a visit to Dracula’s Castle.

Corvin Castle was built in the 15th century, following the orders of Hungarian military leader John Hunyadi. In the early years, the structure served as a prison and fortress in defense of the Ottoman empire. There are two remarkable details about this castle: 1. it has a bear pit where prisoners were thrown in alive, and 2. the most famous prisoner was prince Vlad the Impaler who was imprisoned here for seven years. This guy executed his enemies by impalement. Eventually, the fortress was turned into a noble castle when the King of Hungary and Croatia, Matthias Corvinus, lived here.

Good to know: this castle has four different names. You have Hunyadi Castle, Hunedoara Castle, Corvin Castle, and the Romanian name Castelul Corvinilor. All are talking about the same castle.

What can you see?

Don’t immediately go inside! Take some time to admire the grand exterior, because this is truly the most impressive part of the castle. Walk from the front to the side to see it from different angles. Once you crossed the bridge and arrived at the inner courtyard, you’ll have three directions to choose from. On the left, you can check out the Knight’s Hall (ground level, feast hall) and Diet Hall (first level, ceremonial hall). Straight ahead, you’ll find the chapel and the infamous bear pit and on the right side, you’ll find the White Tower. Based on first impressions, I thought the interior would be just as detailed as the exterior. Unfortunately, the halls are pretty much empty. However, castle management tried creating some ambiance by letting musicians play medieval-sounding tunes. It was a nice touch.

Want to learn more about the prison-side of this castle? Follow the ominous sound to the basement and check out the mannequins showing the various torture methods.

Entrance Corvin Castle: 30 RON. I read that there supposed to be a camera fee, but when I was there (2019) they didn’t charge any additional fees.

For all travelers out there who rely on public transport, this is what you should know about the journey from Sibiu to Corvin Castle. It’s a long one! Prepare yourself for 4 hours to get to the castle and 4 hours back. Far from ideal, but it is doable. This is the route:

Check the train schedule and prices on the CFR Calatori website.

Have you visited Romania? What do you think of Corvin Castle? 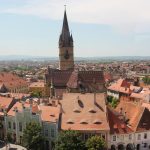 Sibiu: 9 things to do in the most charming town in Romania 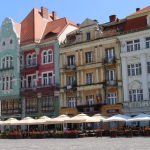