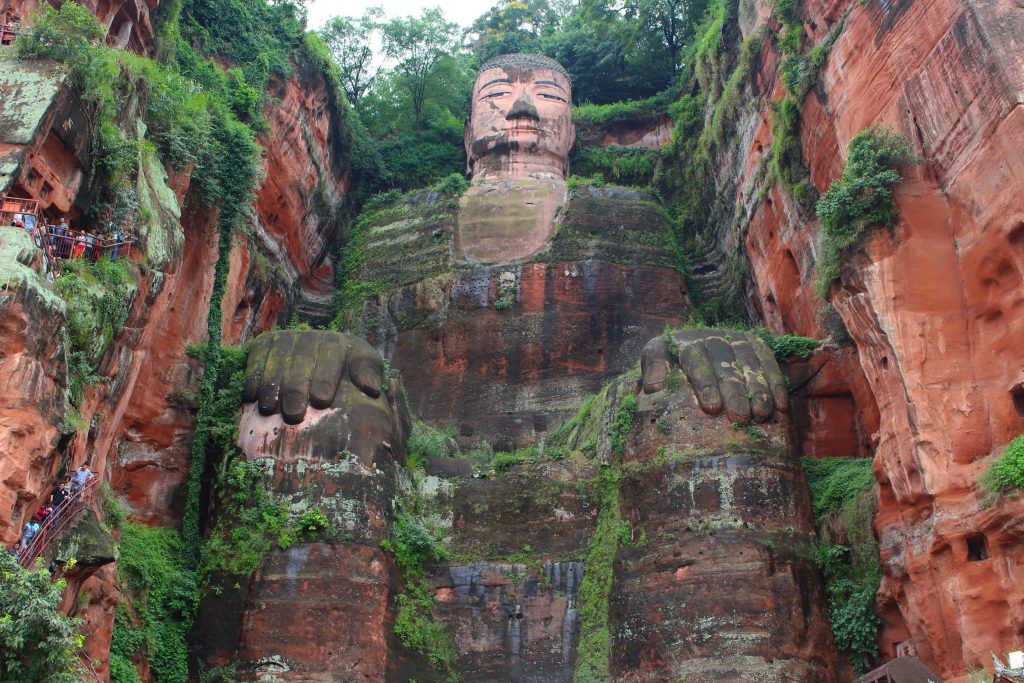 The giants of Chengdu: panda and buddha

The alarm clock went off early. Without hesitating we got up and got ourselves ready. It was our last day in Chengdu and we didn’t want to waste it. We wanted to make the best of it. That’s why we decided to squeeze the best of Chengdu in one day. You might know this, but Chengdu is known for two things: the Research Base of Giant Panda Breeding and the forest Buddha in Leshan. The two giants of Chengdu, because both are the biggest in their kind: the giant panda and the world’s biggest sitting Buddha.

Chilling with the pandas

When you think of Chengdu you instantly think of pandas. The black and white teddy bear that melts every heart. The real name of this animal is actually Giant Panda. There’s also a ‘small panda’, but that one is red and looks more like a racoon. The national pride of China which is also regularly used as a diplomatic present to loyal and trusted state partners in the world. If you get a panda for rent, that means China sees you as a loyal friend. Our king even got two pandas in October 2015. Pandas mostly live in southern China and are in fact an endangered species. There are only around 2000 pandas left. The bamboo forest the pandas live off have been cut down for wood or the use of the land. The panda has great difficulties to find their food in the wild. Although the lumber has since stopped, the panda is still seldom. 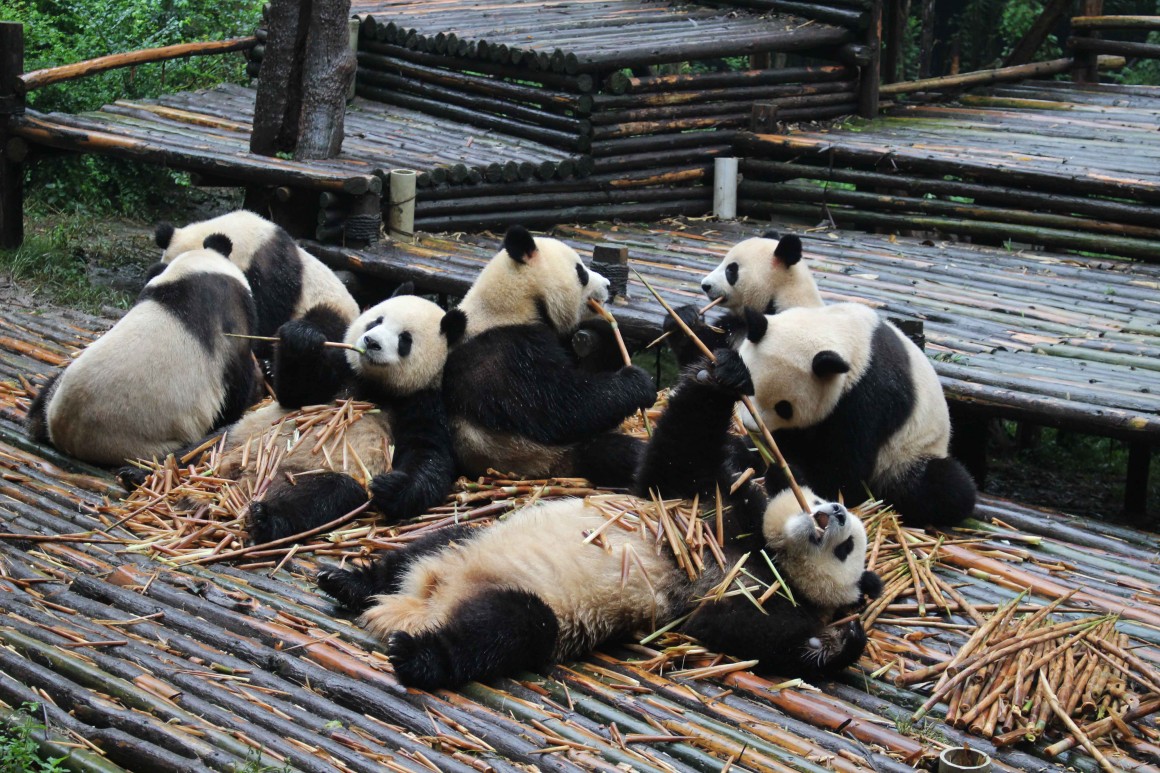 The giant and small panda in one photo collage

One of the places in China where experts are doing extensive panda research is the Research Base of Giant Panda Breeding. These facilities are the home to a dozen of pandas. Everything is done here to create a natural and safe environment. The paths are surrounded by bamboo and the pandas have a lot of space to move around and nap. Yes, nap, because they do that a lot! Pandas sleep for the most part of the day. Out of the 24 hours, they sleep for 8 to 14 hours. The rest of the day they spend eating. If you want to see some active pandas you have to get up early. Pandas eat breakfast between 7 and 9 am and that’s the best time of the day to see the animals moving around. And trust me, the early getting up part of totally worth it. Pandas are almost surreal to see. They are sweet, big, beautiful, funny and most of all incredibly lazy. Even when they eat they put the bamboo on their stomach and shove it inside their mouths. It’s almost ridiculous to watch. 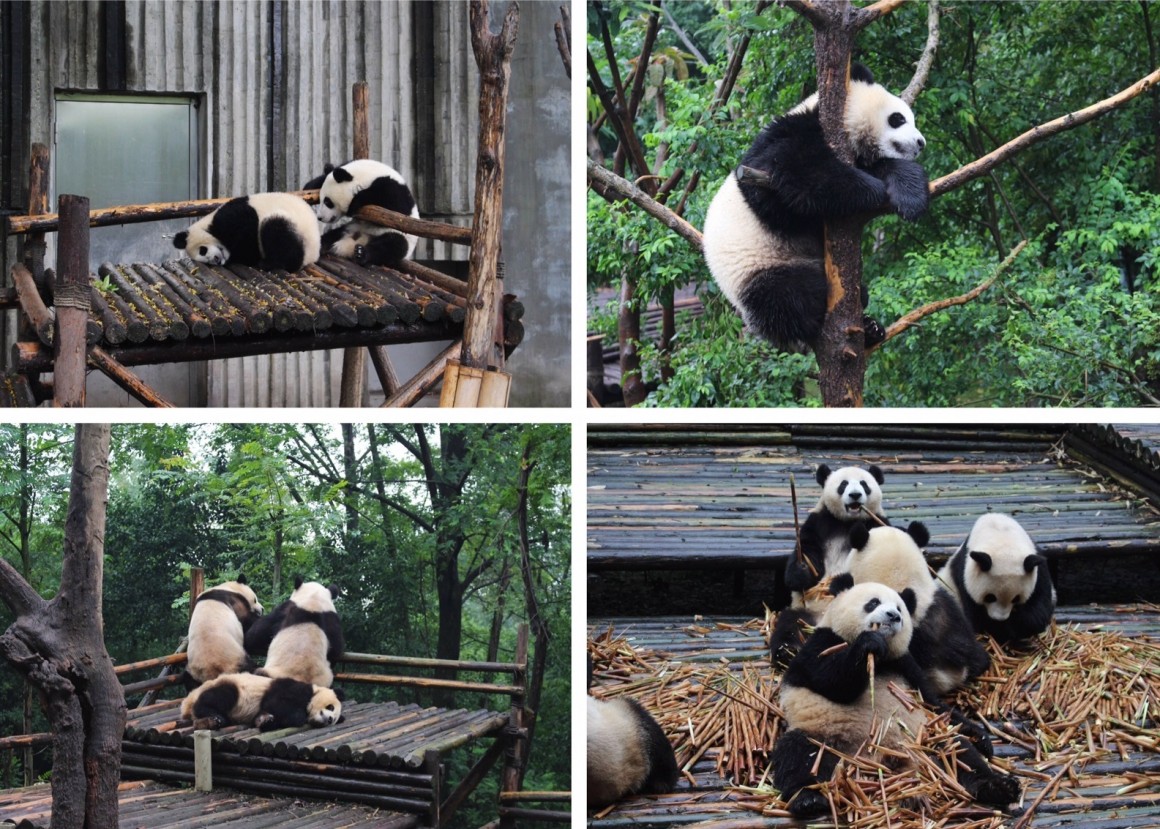 All the weird panda sleeping and eating positions

Climbing the biggest Buddha in the world

From the Research Base it’s still a long way to go the second highlight of the day. The research centre is north of Chengdu and the city of Leshan is 180 kilometers south of Chengdu. A two hours drive, but one that gave us a chance to put the panda traditions into use (meaning getting my sleep).

When we arrived at Leshan we immediately saw what we came for. Carved out of a cliff we saw a giant Buddha sitting on his throne at the exact point where the Dadu, Min and Qinyi river join. A heavy water confluence where the tide is strong. That’s why the Buddha statue is meant for protection of shipwreck. I’m sure the Buddha would have made a huge impression back in the days, and it actually still does today. With our noses pressed on the window of the taxi we stared at that big carved out statue. More than 70 meters high and still in good shape. 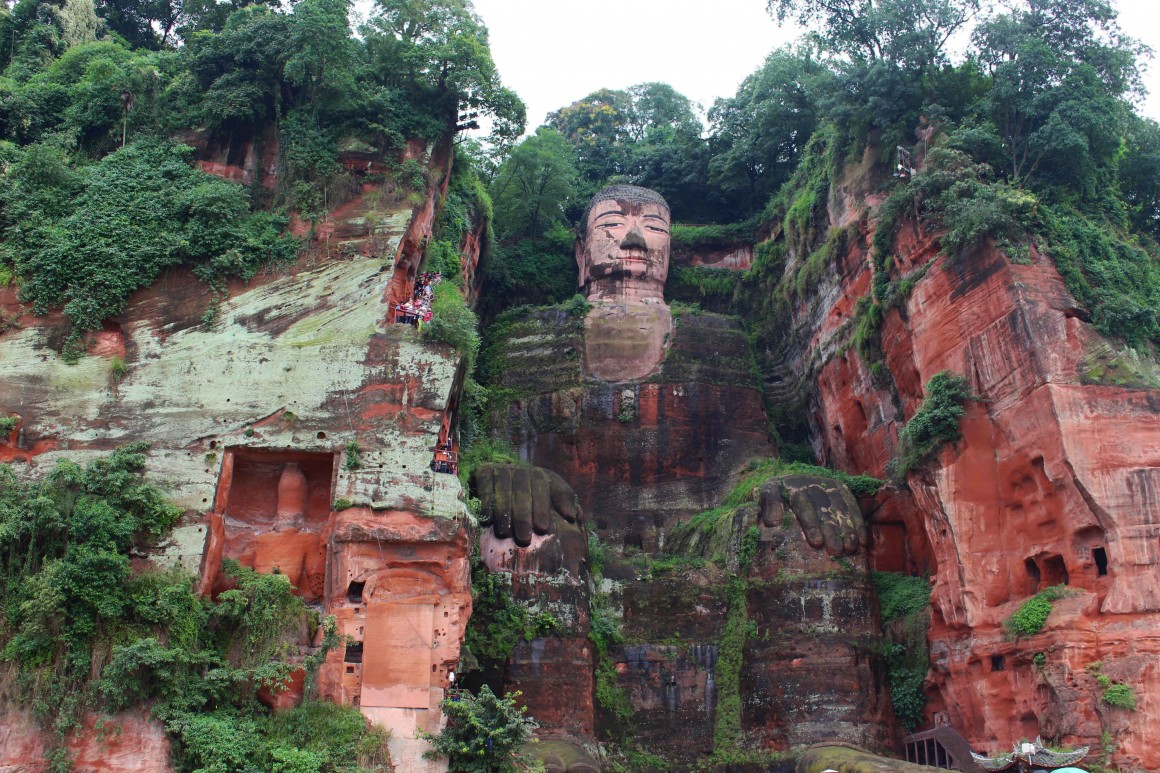 At the entrance gate we joined the long queue of tourists.  In China queues are everywhere, the crowdedness is just something you have to get used to. The line takes us right up to the point where the descent along the Buddha starts. And off course here we find ourselves in another queue of tourists. Luckily there’s a sign telling us what the waiting times is: 45 minutes. I almost feel like I am in amusement park waiting to get to one of the attractions. Luckily, it all went a little bit faster and within 30 minutes we hit the first stairs. With the speed of a snail we descended along the Buddha’s face and arms. The speed was actually good because it gave us the opportunity to take a lot of pictures. The Buddha just kept on impressing us, it didn’t matter what angle you were looking at it. At the bottom of the Buddha we clearly left the ‘amusement park trail’ and we were once again reminded that this is a holy place for a lot of tourists. One by one people lighted incenses and prayed. 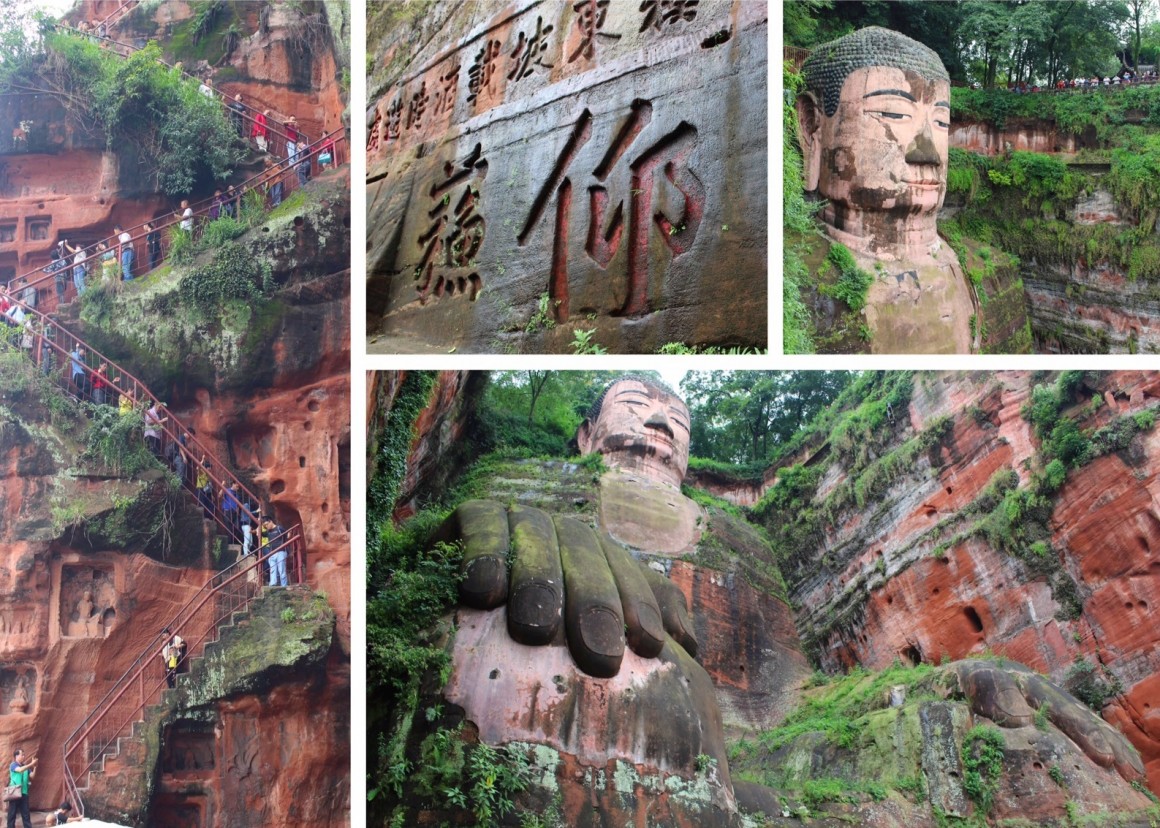 You see those stairs on the left? That’s the one!

Tips for visiting these two highlights

Which one would you like to see: the giant panda or the forest Buddha?

Prices in this article were the prices we paid during our trip in September 2015. Always check the internet for the current prices. 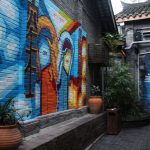 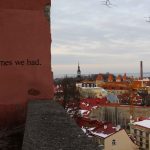