Shanghai, China: top 3 places to see (busy but worth it)

People. Literally everywhere I go I see people. All day, every day. This was the first thing that struck me on my first day in Shanghai. It’s crowded, very crowded. And it’s not just Shanghai, all of China is crowded. Which kind of makes sense, because China has a population of almost 1,5 billion people. And 20 million of these people live in Shanghai. That’s the Netherlands, plus 3 million more people. No wonder it was the first thing that caught my attention. And I really had to get used to it. Getting used to the fact that there were always people surrounding me. Getting used to the pushing, the shoving, and the yelling of people. And getting used to the lack of personal space, because there’s literally none in China.

Read next: Shanghai bike tour: exploring this city on the pedals

If you cannot beat them, join them

Maybe this intro is a slight turn-off for everyone who’s planning a trip to China. That’s definitely not my goal. I just want to prepare you so you know what you’re getting yourself into. In China, people are everywhere. It’s just a thing you have to get used to. And why would you fight it? You only get more and more frustrated. If you cannot beat them, why not join them. This was my tactic in Shanghai which took me to the most crowded spots in the city. At first, I thought I had ended up in a nightmare, but in the end, each spot turned out to be pretty cool. I was glad I didn’t skip these crowded places and in this blog post I will tell you why.

Shanghai, Top places to see – busy but must sees

Nanjing Road is the most well-known street in Shanghai. It is one of the largest and busiest shopping streets in the world. With a length of 6 kilometers, Nanjing Road takes you from Huangpu river in the east to People’s Square in the west. Nanjing Road attracts about one million people per day. Most of them come here for shopping, taking a ride with the tourist tram, or to walk from here to the Bund. The latter was also our goal. And so we joined the long queue of people heading to the icon of Shanghai, all under the guidance of some nervous traffic police agents that desperately tried to restore some order.

…because Nanjing Road is the sparkling center of Shanghai. Tourists and locals come here to shop, to try out their luck at one of the lottery booths, or to snoop around for some gold and silver at the jeweler. Nanjing Road itself is also a true sight. Both sights of the road are lit with a dozen of light bulbs, gigantic billboards, and striking neon signs. Maybe it’s a bit too much, but it also adds a certain flair to a strict business city like Shanghai.

Even more crowded: the Bund

From Nanjing Road East we walked to the Bund, the famous promenade along the river Huangpu that offers an amazing view of the iconic skyscrapers of Shanghai. And it shouldn’t come as a surprise, but also this place attracts millions of people. You probably have to wait a couple of minutes before you can even see the Bund. Or maybe you’re in luck and you are over 1,80 meters long and you can peek right over the crowd. I’m a short girl so I’m not that lucky. The Chinese – also pretty short – use the selfie stick as their solution to this problem. Just hold it up and take a photo. Almost everyone in China has one. And the Chinese are a bit reckless with it. They just swing the stick around without even looking. I’m serious, before you know you’ve been hit by a selfie stick.

…because the Bund is the icon of Shanghai and you really don’t want to miss it. That’s why I came back to the Bund three times. It’s all about patience and endurance to wait to get that perfect shot. I especially recommend going to the Bund in the evening. Though it’s even more crowded than during the day, the skyline is also lighted with nothing but bright neon colors. And also the smog is not that noticeable at night like it is during day time.

Tip: join an evening cruise over the Huangpu river and get a better view of the light spectacle.

The most crowded place of Shanghai: Nanshi

Nanshi shocked us. I almost hated my entire time there, because it was so crowded. What is Nanshi you say? Nanshi is the historical heart of Shanghai and contains parts of the old walled city from the Ming dynasty. This area is a true tourist trap. It’s crawling with Chinese tourists that come here in large groups with obnoxious guides, dozens of umbrellas, an army of selfie sticks, and huge trolleys. Yes, trolleys. In the narrow and super crowded streets of Nanshi. Can you imagine how irritated I was by these trolleys? They are just too big! On top of that, Nanshi is as commercial as can be. You will spot a Starbucks next to an old temple and a MacDonalds inside of an old teahouse.

…because Nanshi is an open-air museum filled with historical buildings dating back to the days of Imperial China. The historical houses are simply beautiful. On top of that, there are also some quiet places. Take for instance the Yu Yuan garden in the center of Nanshi. Compared to the rest of the old town this part is truly a delight. The gardens are also pretty stunning. I saw several dark red teahouses, whimsical walls with a dragon’s back on top, and characteristic Chinese doorways.

Where to stay in Shanghai?

I don’t even remember the name of the place where we stayed. The only thing that I remember is that it was small and far from everything. I much rather recommend other places to visit. Like the Campanile Shanghai Bund Hotel. Very centrally located! Another great place to stay is the YaTi Artyzen Hotel. Super cool design, but it is a bit further from the city center.

Click here for an overview of hotels in Shanghai.

Have you ever been to Shanghai? How do you handle crowds? 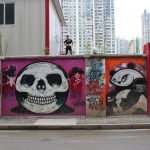 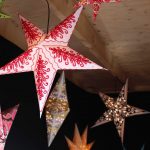 Netherlands: feel the magic of Christmas in Maastricht