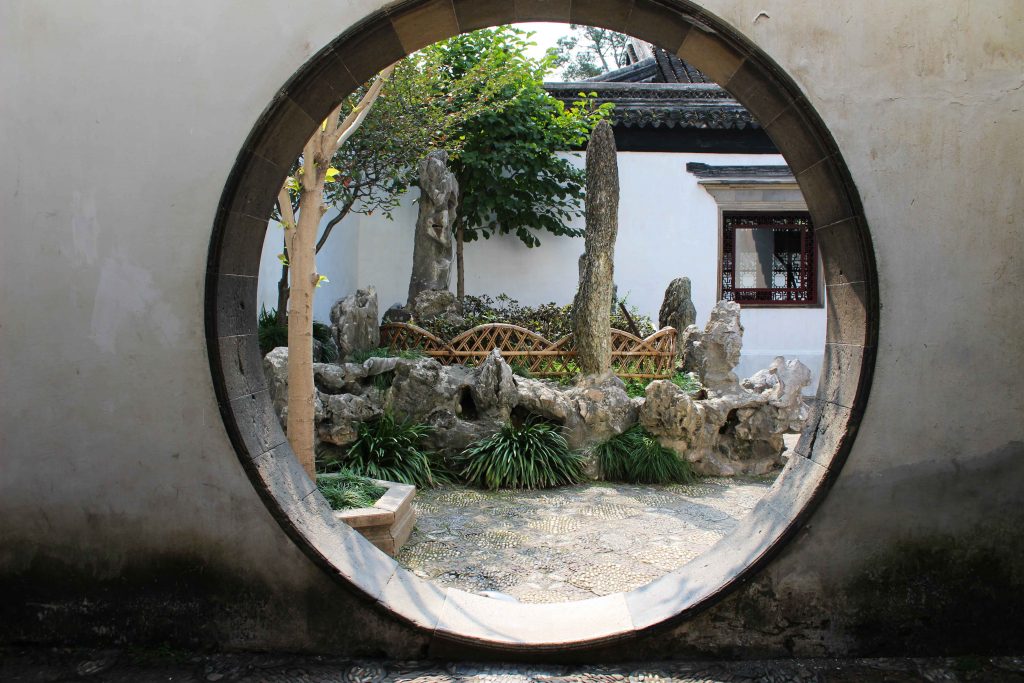 Last year I visited the metropolis Shanghai. My very first city in China. I immediately loved Shanghai and its chaos, but sometimes it got too crazy for me. I needed fresh air and flowers & plants. That’s why I also planned a day trip outside Shanghai, to the city Suzhou. A small city according to Chinese standards (still 5 million inhabitants). The Chinese call Suzhou ‘the heaven on earth’ (together with Hangzhou). This town is praised for the water, the hundred bridges and the classical gardens. In this article I will tell you about the city, what you can see and how to get there.

Without any trouble we managed to buy a train ticket in Shanghai to Suzhou (pronounced as Su-choow). It definitely helps when you bring a small note with the Mandarin translation of Suzhou. That way you make shore you are going the right way. Shortly before the departure time we walked to our modern high speed train and looked for our places. We didn’t got a seat because the train was too full, so we had to stand. Because it was a short ride (one hour), it wasn’t too bad. 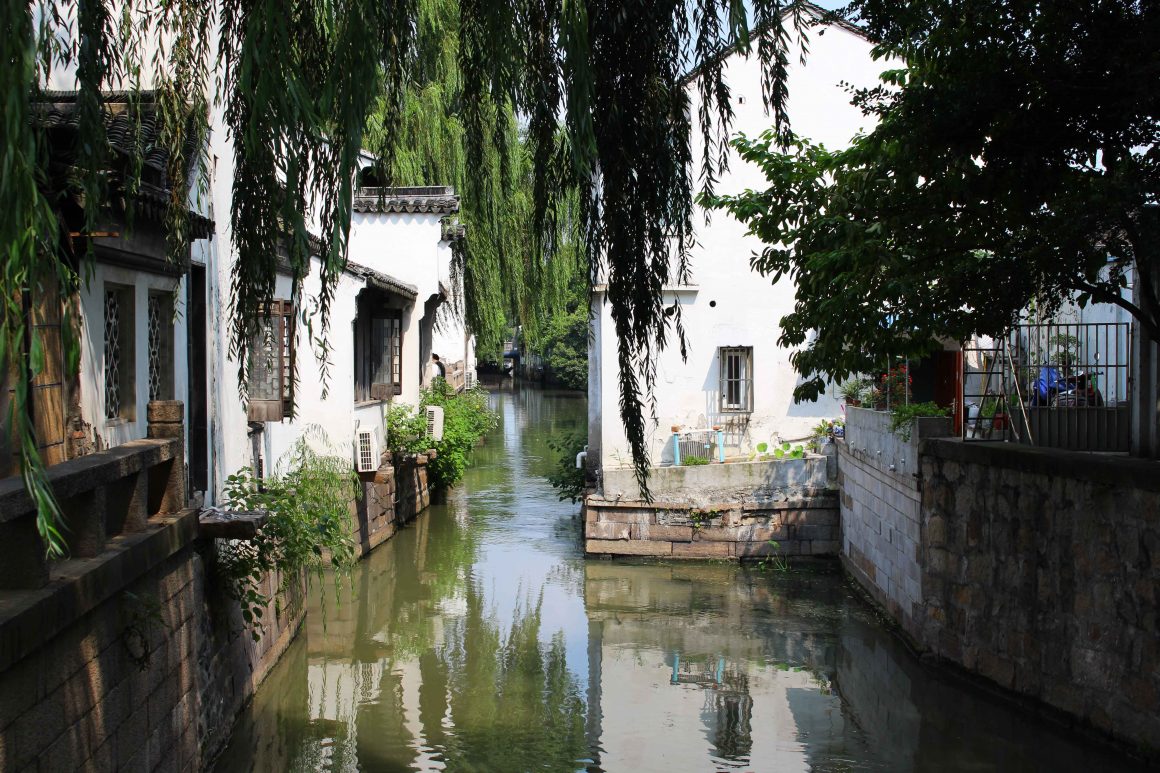 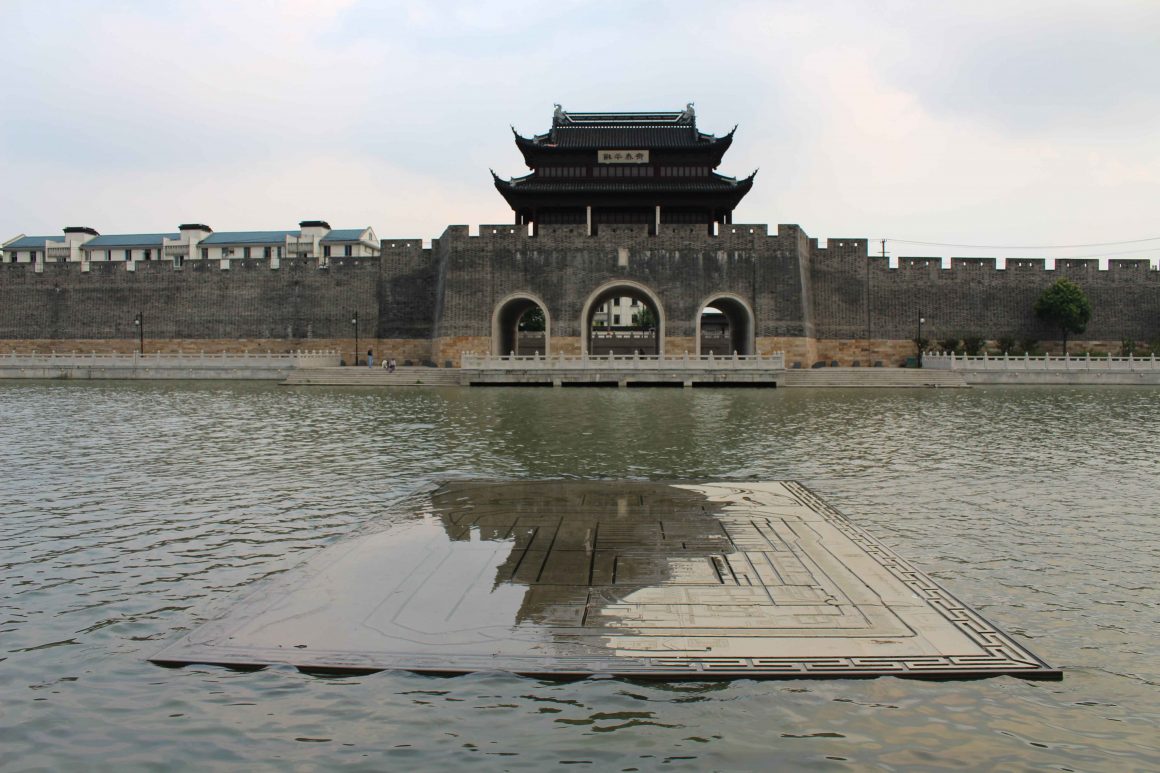 The water near the train station

When we arrived in Suzhou, we had some troubles getting to the old center. In retrospect, I know where things went wrong. We took the wrong exit at the train station! In China, picking the right exit is crucial. We noticed this with the metro exits in Shanghai that sometimes have more than ten exits. And in Suzhou we took the wrong exit and walked completely into the wrong direction. After a hour of wandering I thought I could forget all about this day trip, until we decided to just follow the water. After all, Suzhou is a water town and the 1700 kilometer long Grand Canal (starting in Beijing and ending in Hangzhou) runs through the city. This worked and we finally ended up in the city centre.

Gondolas in the old center

Suzhou is known in the travel guides as the Venice of the East. The old center of Suzhou has 24 canals. And on these canals the gondolas are the bosses and they love taking tourists around on their wooden boats. Just like in Venice taking a ride at the gondola is not cheap, so I won’t recommend it. But still looking at the gondolas from a distance is also a great thing to do. 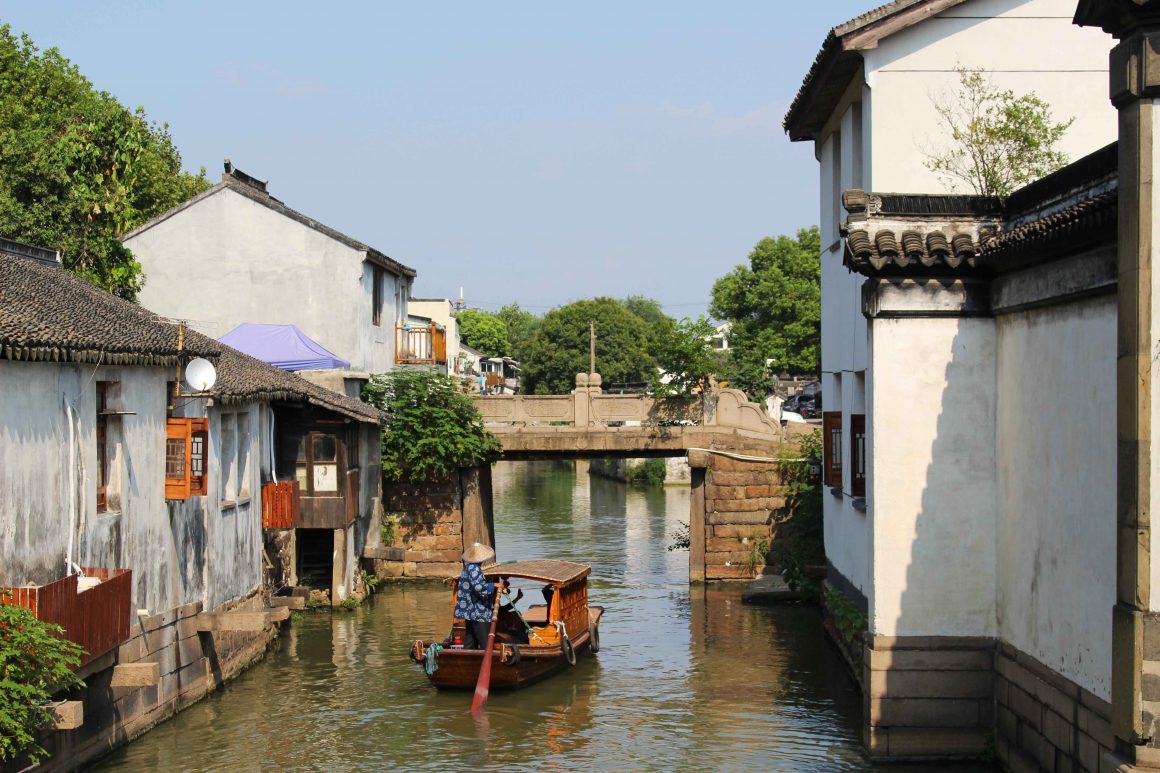 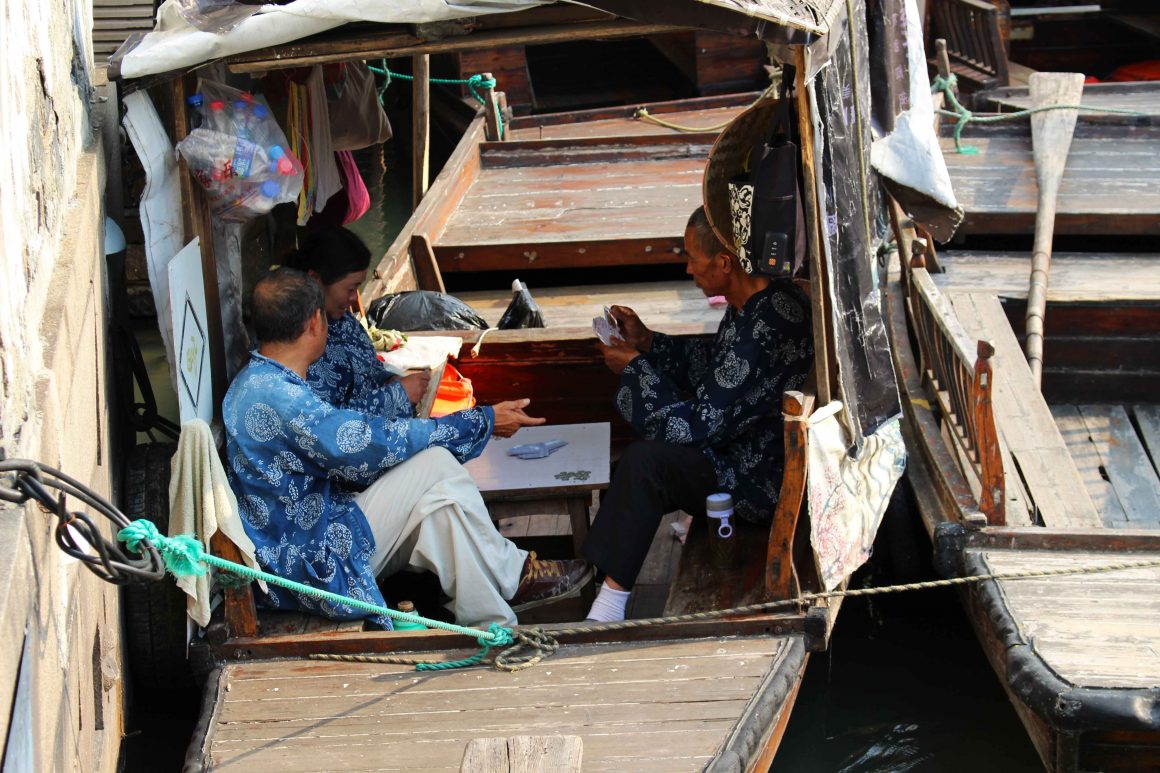 The old center is nicely set up with cool shops and eating stalls. For example, we walked across an arts and crafts store where you could make your own beads jewelry while enjoying some nice tea. We saw some young people doing this, but this wasn’t really our thing. We also saw some oddly shaped snacks. What about steamed buns in the shape of ducks or pig faces, who wouldn’t want to eat that? 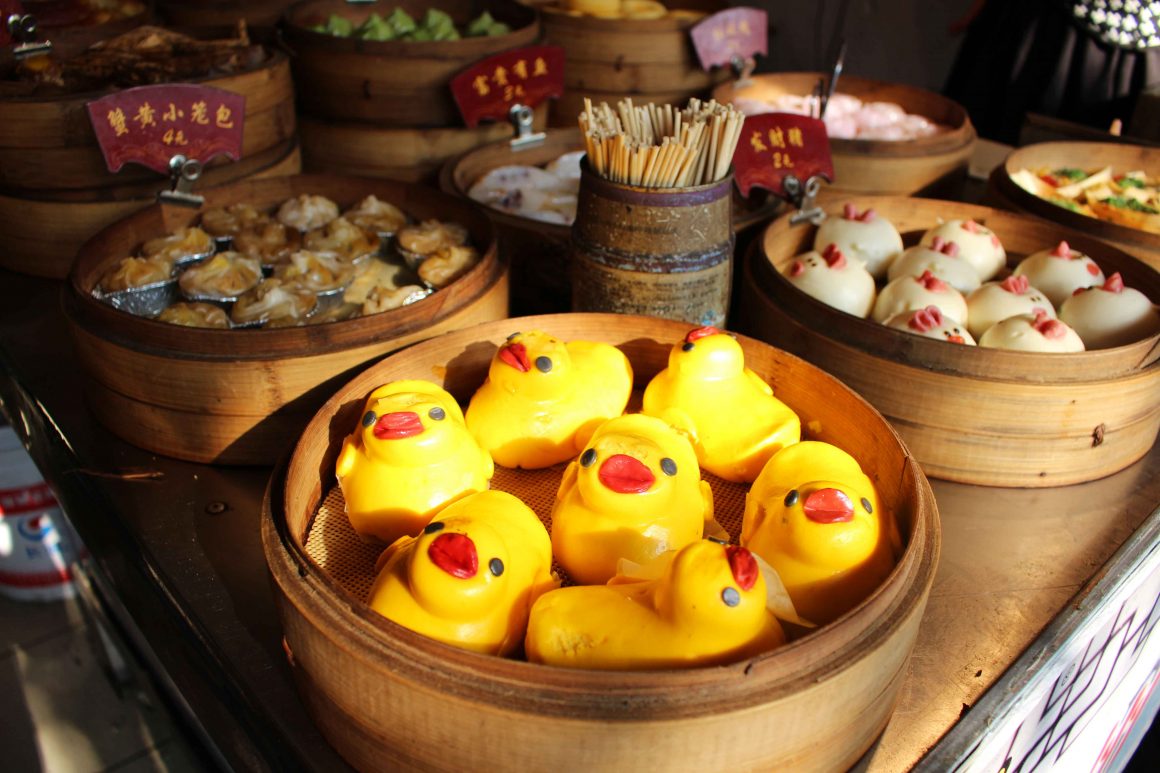 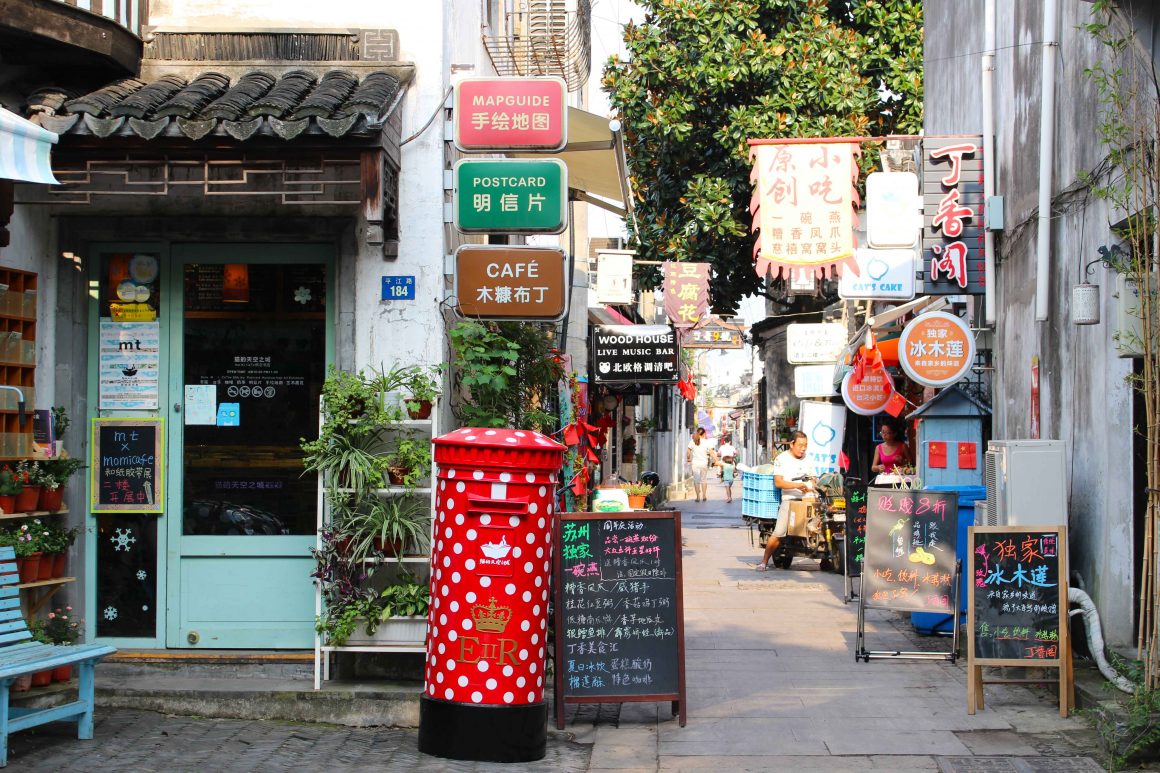 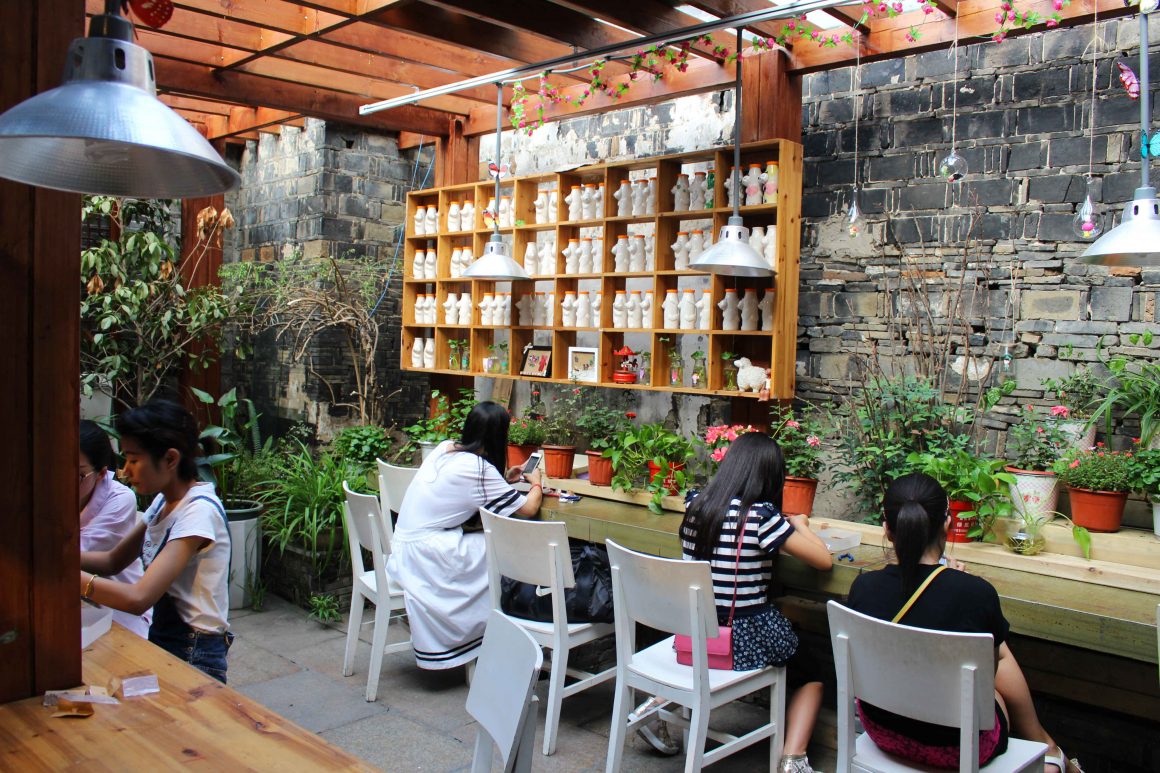 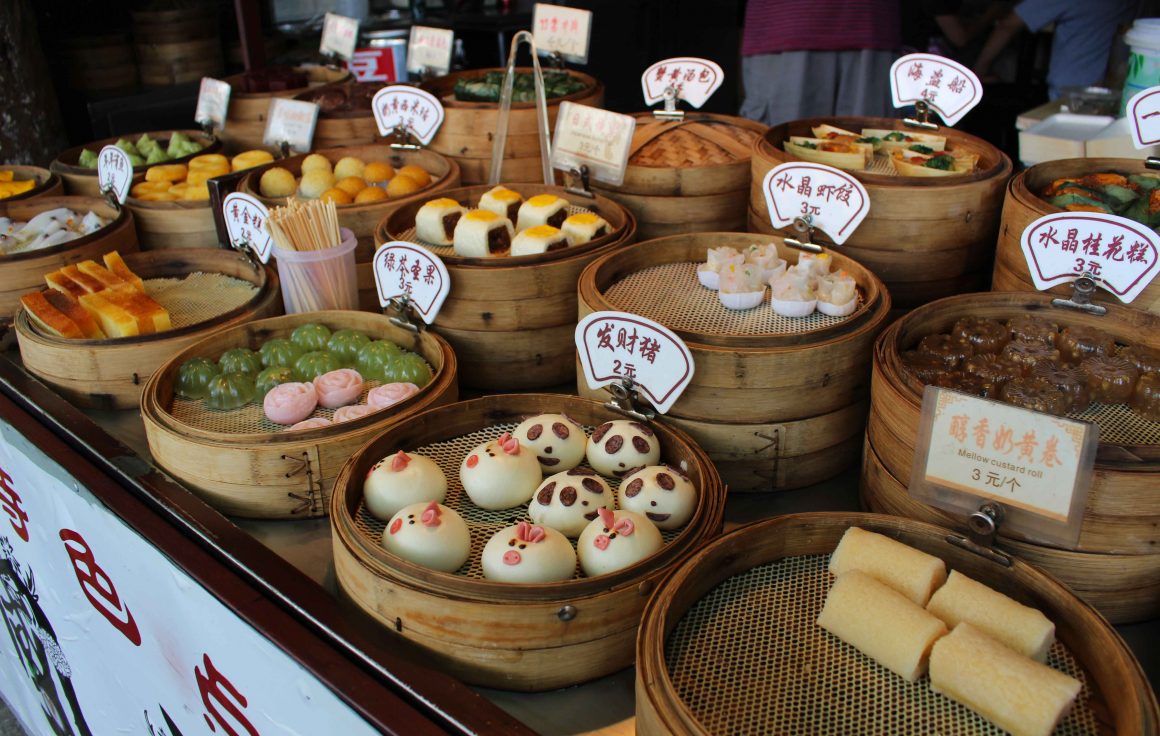 The classical gardens of Suzhou

Suzhou is not only known for the water, it is also a true garden city. You can find here a couple of beautiful classical gardens with fairytale-like names. What about the Garden of the Humble Administrator and the Garden of the Master of the Nets? These are beautiful parks with little red pagodes, white dragon-like walls and ponds filled with water lilies. You will definitely not be the only tourist in these gardens, because Suzhou is greatly visited by the Chinese tourists. The Chinese we saw seemed to be very interested in the rock formations in these gardens. We were not. Instead we loved the romantic circle gates. This really reminded me of a film set about the old Chinese empire. 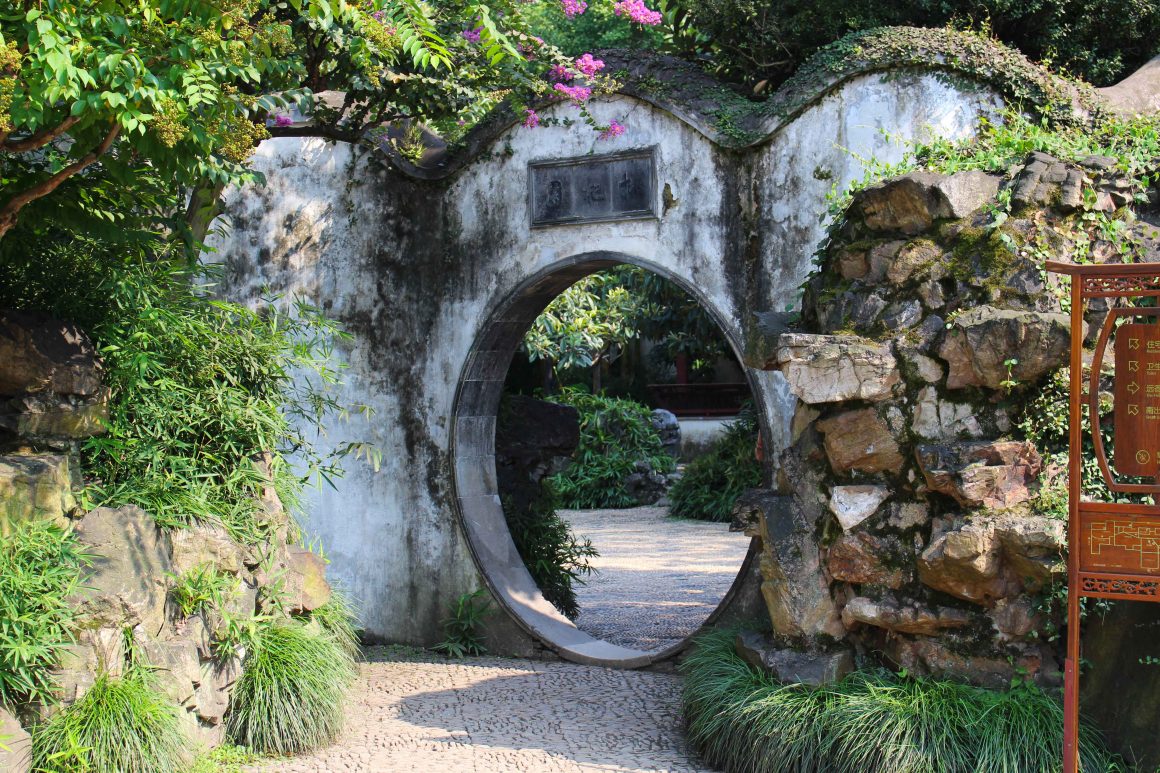 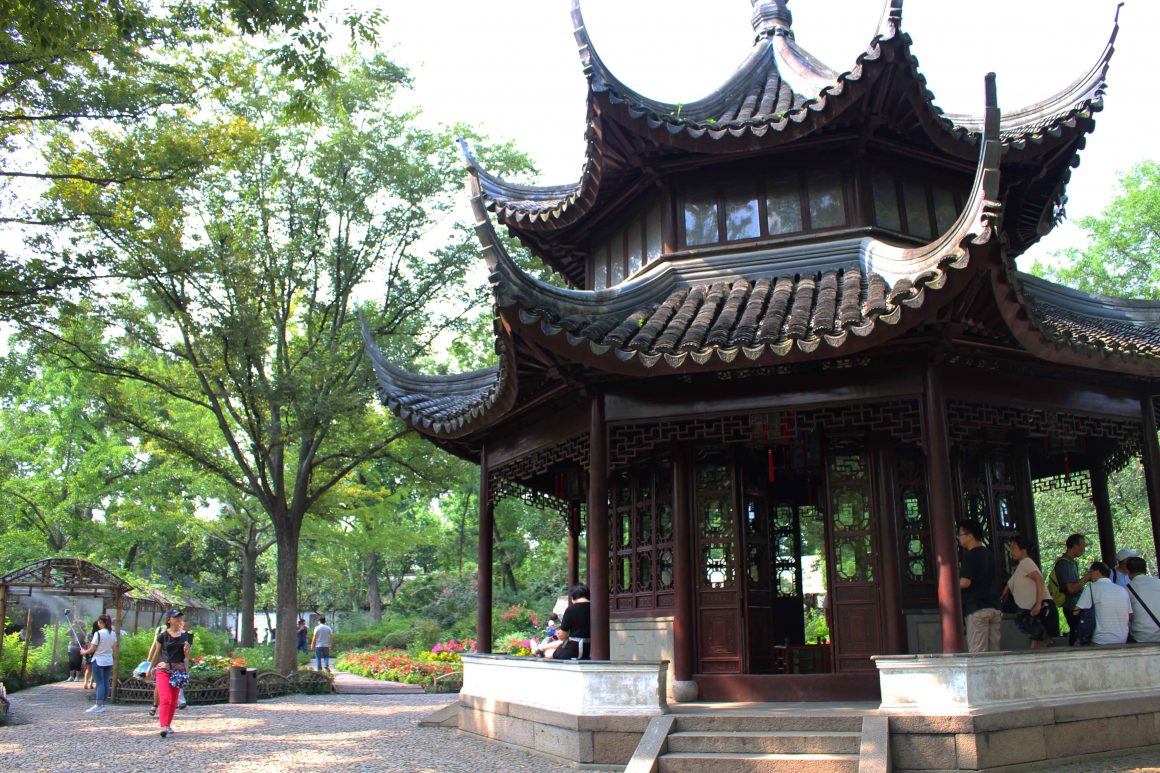 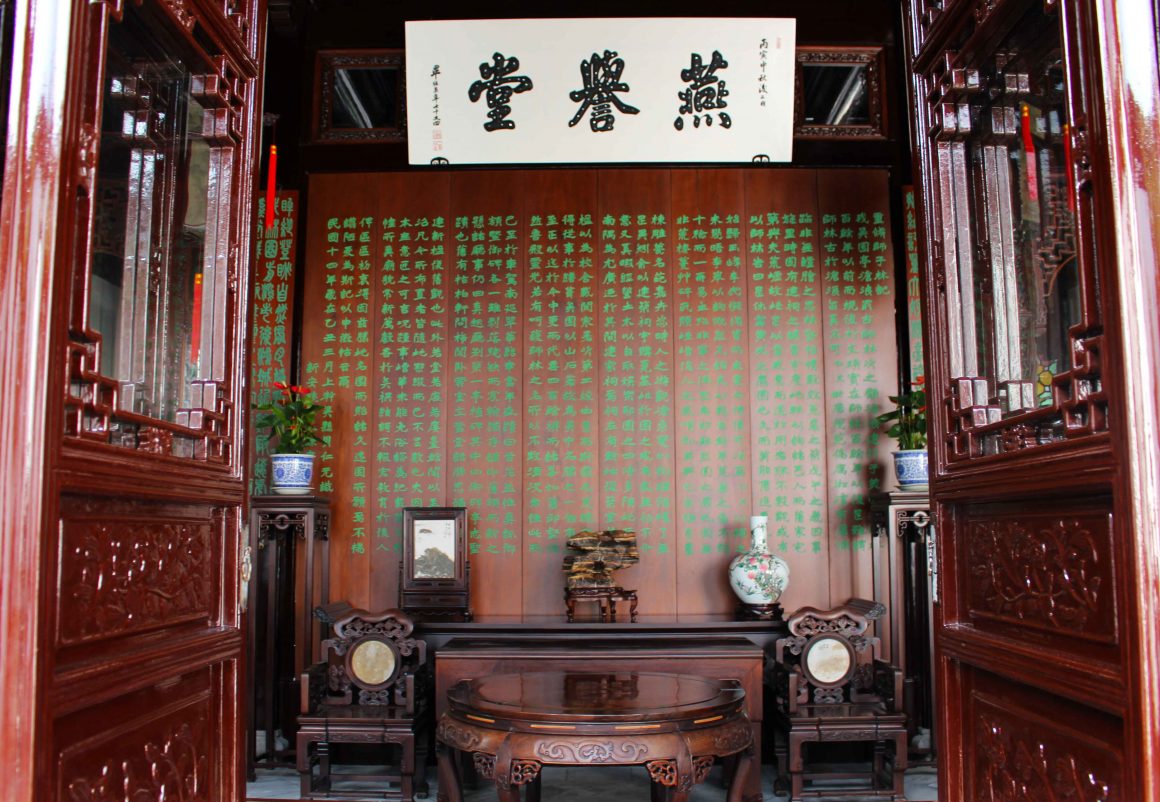 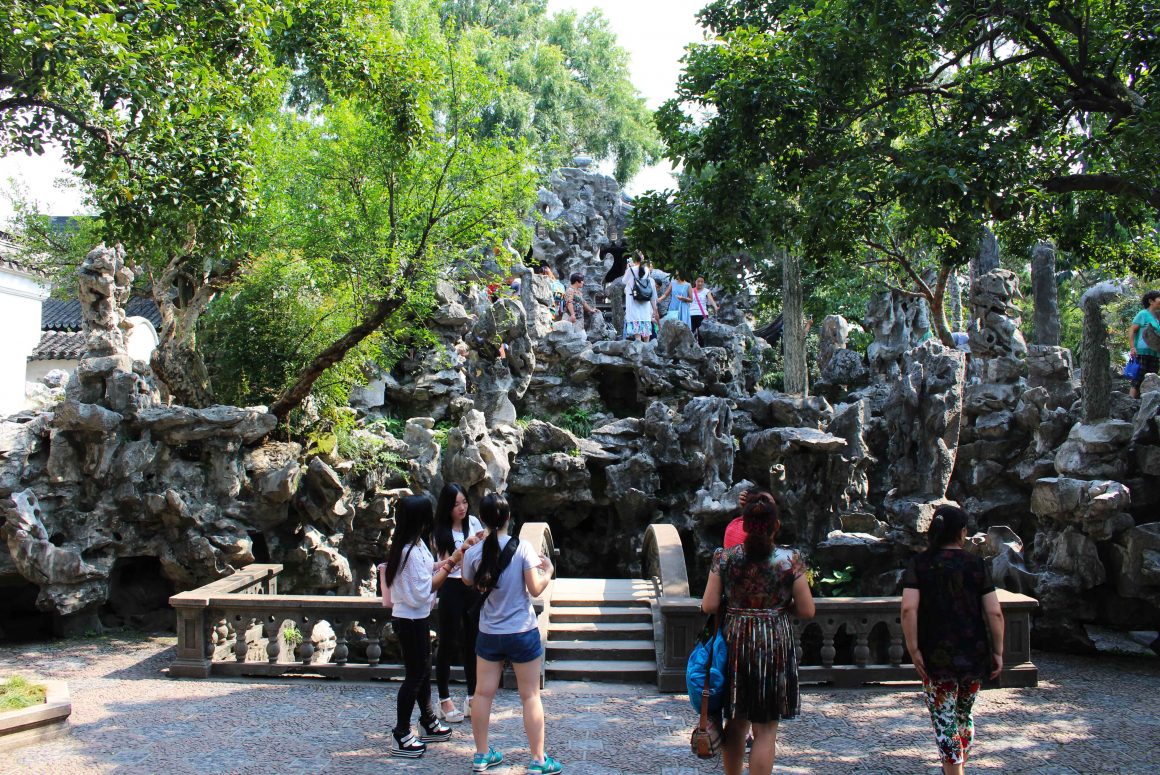 The magical rock formations in Suzhou

Would you go to Suzhou? 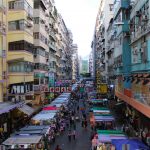 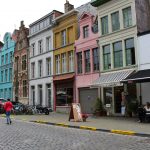 Belgium: my tips for a weekend in Ghent