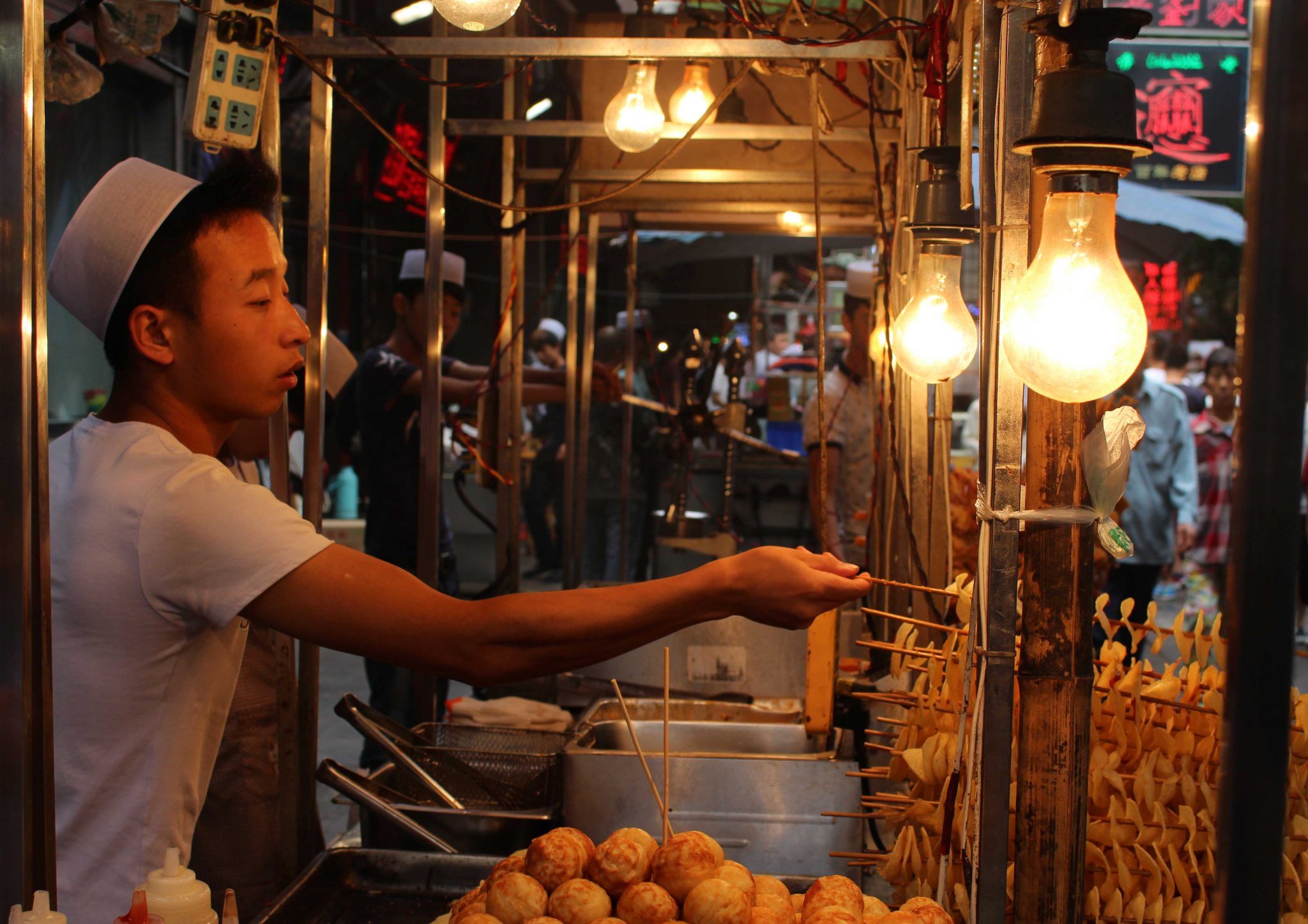 Beiyuanmen Street Food Market Xi’an: one of the best things to do in Xi’an

One for one the hammers slam on the table. Two boys, probably 17 or 18 years old, do their best to make the dough thinner and thinner. A third boy picks the dough up and throws it on a hook. He pulls and stretches it to make it longer and longer. Like a real showman, he throws the dough cord around the hook as if it is a lasso. Again and again. It probably helps to make a good cookie, but at the same time, it is also a show for the tourists.

the History of Beiyuanmen Street

Beiyuanmen Street is part of the ‘Muslim Quarter’ of Xi’an. This name is often used for this area because of the group of Muslims who live here (65,000 in 2019). Due to the city’s historic location on the Silk Road, Persian traders came to Xi’an in the 7th century. They left more behind than just their trade. Locals learned about Islam and some converted. This was the start of the Hui Chinese.

In contrast to the Uyghur Muslims in the Chinese province of Xinjiang, the Hui are relatively free to practice their faith. Apart from uprisings in 1860-1870, they have lived in relative peace with the Han Chinese – China’s largest ethnic group. Furthermore, their first language is often Chinese and more importantly, the Hui have no public ambition to become independent (in contrast to the Uyghurs). However, in the background, there are still things changing. For example the removal of Arabic texts on the street.

The Beiyuanmen Street Food Market Xi’an is the highlight of the area. You can easily combine it with a visit to the nearby Drum and Bell Tower. However, please know that the area is also pretty touristy. The street is filled with flashing neon-lighted signs and endless stalls of typical Chinese souvenirs. But I still recommend visiting the market. It’s a perfect way to end a long day of sightseeing. Moreover, you’ll find here snacks that you won’t see at the Wangfujing Snack market in Beijing.

Our hotel was near Beiyuanmen, but I would not recommend it. The whole place smelt like an ashtray. Indoor smoking is prohibited in China, but in general, people don’t pay attention to this. They will smoke whenever they want, also in non-smoking hotel rooms.

If I would visit Xi’an again, I would probably stay at Campanile Xian Bell Tower. Comfortable rooms, good breakfast, and near a metro station. Click here for an overview of hotels in Xi’an.

Would you visit Beiyuanmen Street Food Market Xi’an? What is your favorite street food snack? 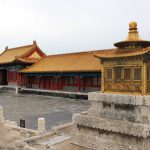 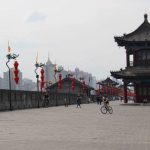 Things to do Xi’an, China: 4 great places to visit